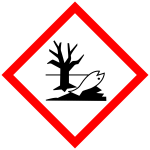 Is Hazardous Waste the New Frontier for Whistleblowers?

America has a huge problem with air pollution and toxic waste. It’s everywhere. Just ask residents in Flint, Michigan who can’t drink their water or the folks in Cleveland where the Cuyahoga River was so polluted that it once caught fire. The EPA offers a 24 hour, toll free tip line for chemical spills and environmental emergencies but it doesn’t pay awards to whistleblowers. There may be a way, however, for whistleblowers to stop dangerous pollution and earn a sizeable award.

To understand this post, let’s first discuss the federal False Claims Act. A Civil War era statute, the False Claims Act allows people with inside information about fraud involving government funds or programs to file a lawsuit and keep a portion of the money collected from the wrongdoers.

Typical cases involve fraudsters who receive taxpayer money that they do not deserve. A good example is a Medicare fraud case. A corrupt doctor bills Medicare for services never performed or that are medically unnecessary. Another example is the mortgage company that writes bad home mortgages. Since most residential mortgages are backed by the government, taxpayers wind up footing the bill when a mortgage defaults and the property value isn’t enough to pay off the loan.

If you are wondering how toxic torts and environmental crimes can lead to whistleblower awards, keep reading.

In 2014, we wrote a reverse False Claims Act lawsuit filed by Jeffrey Simoneaux, a former DuPont chemical plant worker. He blew the whistle after the company refused to report itself to the EPA. The plant where Simoneaux worked had a sulphur trioxide leak. Simoneaux knew the chemical was dangerous and feared for the safety of school children at a nearby elementary school.

That case was dismissed (it is now back in play, that itself is a different and unique story) but it demonstrated how failure to report toxic spills can become a viable False Claims Act case. Simoneaux claimed that by not reporting the leak, DuPont was violating its air quality permit. Violations of that permit were punishable by daily $25,000 fines. The company saved up to $775,000 for each month that it hid the leak and didn’t self-report.

We feel that inside knowledge of illegal dumping or violations of EPA permits may present great opportunities for whistleblowers to earn an award and help protect the environment. As an added bonus, the EPA has its own whistleblower protection provisions.

Many states also award whistleblowers when state funds are involved. New York State filed suit earlier this month against GE and Eaton Corp claiming they sent dangerous chemicals into a local landfill in Salina, New York. The materials included PCB’s arsenic, vinyl chloride and benzene. All are dangerous and carcinogenic.

New York filed suit because it paid out over $25 million to clean up the mess.

We are always seeking out innovative ways to help others seeking to make a difference in the world. Using the False Claims Act has the potential to stop illegal behavior and award whistleblowers.

This is the best time for whistleblowers to come forward. 2014 saw record awards paid out by the Justice Department (over $435,000,000.00). We don’t know what will happen with elections this year. We do know, however, that the U.S. Chamber is trying to weaken the law and hopes it can do so in this upcoming election.

If you have knowledge about illegal dumping or EPA violations, call us. We want to help you become a hero and make sure you get the maximum award possible. (Our clients have received over $100 million in awards.)