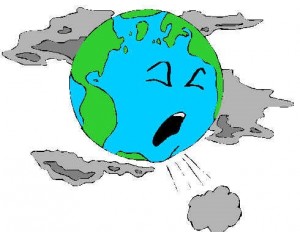 We thought Jeffrey Simoneaux’ whistleblower case against DuPont was dead. On January 23rd of this year a federal jury in Baton Rogue, Louisiana ruled in favor of DuPont and tossed the False Claims Act and anti-retaliation suit brought by the former long time employee.

Ordinarily, when a jury renders its verdict the case is over. Jeffrey Simoneaux isn’t an ordinary whistleblower, however. Even though he lost, he continued to dig.

His perseverance paid off. Last week a federal judge set aside the jury verdict finding DuPont had engaged in misconduct and withheld important information prior to the trial.

Simoneaux’ case claimed that DuPont covered up leaks of dangerous sulphur trioxide. Simoneaux was especially concerned because the company’s chemical plant was very close to an elementary school.

Simoneaux’ case was filed as a reverse False Claims Act. He claimed the company knowingly hid information about the leak to avoid paying the government pollution penalties of $25,000 per day. At trial, DuPont didn’t completely deny the allegations but claimed that any leak was miniscule.

Unfortunately Simoneaux had no evidence to quantify the size and frequency of the leaks. Sulphur trioxide is a dangerous carcinogen but the jury felt that it didn’t have enough information to find liability. Was it a one-time incident where an ounce of the chemical leaked into the atmosphere or did the company spill hundreds of gallons over many months? Simoneaux suspected the leaks were serious but had no proof.

After the trial had ended, Simoneaux discovered that the company had withheld information about five OSHA citations. The citations were received two months before the trial began yet were never disclosed.

Simoneaux also found additional evidence including a spreadsheet and calculations made by DuPont about the leaks. Once again, they had never been provided in discovery even though Simoneaux’ lawyers had asked for all information in DuPont’s possession relating to the leaks or any governmental citations.

It is impossible to know whether the jury’s decision would have been different had they seen this information. Since the withheld information was certainly material, the court set aside the jury verdict. That means the case will likely have to be tried again. The court’s order did not discuss an award of sanctions or attorney’s fees.

We are grateful that the court set aside the jury verdict. Whistleblower defendants don’t have unfettered discretion to pick and choose what documents they will turn over. DuPont had an obligation to abide by discovery rules and chose toignore them. We still worry, however, that it will be quite expensive and difficult to mount a second trial.

Because the government did not intervene in the case, Simoneaux and his lawyers had to proceed alone. Unfortunately, corporate giants such as DuPont have very deep pockets and can prolong a case for years. It took over 3 years from the filing of he suit until now just to see any glimmer of hope. Will it take another 3 years for the next trial?

The False Claims Act allows ordinary citizens to become heroes. Like a modern day version of David and Goliath, sometimes the underdogs win. Bringing home a big award and putting an end to fraud or pollution means partnering with a good law firm and never giving up hope.

Interested in becoming a whistleblower and have inside information about fraud involving government funds or fines? Give us a call. Our whistleblower clients have earned over $100 million in the last 12 months.

For more information, contact attorney Brian Mahany at or by telephone at (414) 704-6731 (direct). All inquiries kept strictly confidential and protected by the attorney – client privilege.