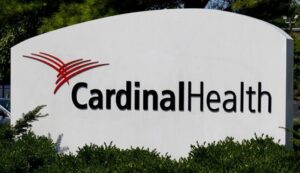 Whistleblowers alerting the government to alleged fraudulent conduct by the Ohio-based drug distributor, Cardinal Health, Inc., have been awarded $2.6 million for their role in a lawsuit based on alleged fraudulent dealings by the company.

In January, the Department of Justice announced a $13.125 million settlement with Cardinal Health, a wholesale pharmaceutical distribution company based in Dublin, Ohio. The lawsuit, filed in Boston, Massachusetts, recoups taxpayer dollars illegally diverted to the company in a scheme whereby Cardinal offered cash bonuses to recruit new physician provider customers at the expense of taxpayers.

The government alleged Cardinal Health offered discounts in the form of upfront cash bonuses to doctors in outpatient settings in exchange for purchases of certain specialty pharmaceutical products from Cardinal for use by Medicare patients. This was done through the company’s specialty pharmaceutical distribution subsidiary, Cardinal Health 108, LLC. Physician practices routinely seek reimbursement for specialty products through Medicare Part B and state Medicaid programs.

Cardinal paid the bonuses to doctors before the drug purchases were made and were not linked to any particular transaction. These upfront bonuses, often called “upfront discounts,” “upfront rebates,” or “transition rebates,” are not associated with identifiable sales and/or constitute unearned rebates in violation of applicable healthcare laws.

For the Feds, the scheme raised red flags and ultimately resulted in Cardinal paying millions to settle allegations it violated the Anti-Kickback Statute and the False Claims Act (FCA) as well as state Medicaid laws. Under the federal Anti-Kickback Statute, drug distributors are prohibited from offering or paying any compensation to convince doctors to purchase medications for use on patients covered by the Medicare health insurance program.

According to the government, Cardinal’s payment of upfront bonuses amounted to illegal kickbacks. While drug distributors may legally offer commercially available discounts under some circumstances and with appropriate controls in place, Cardinal’s scheme did not follow these rules, according to the Office of Inspector General of the Department of Health and Human Services.

Cardinal the Villain, Taxpayer the Victim, Whistleblower the Hero

American taxpayers are the real victims in a scheme like the Cardinal Health kickback scheme. By illegally inducing physicians to purchase drugs for use by Medicare patients, those like Cardinal influence clinical decision-making of health professionals, subvert the healthcare marketplace, and cause the diversion of funds from federal healthcare programs funded by taxpayers.

The FCA offers a powerful tool to members of the public with information leading to the prosecution of such fraudulent conduct and recovery of taxpayer funds: qui tam actions.  Joined by the government in the suit against Cardinal, whistleblowers Omni Healthcare, Inc., John Crowley, Jeffrey Lovesy, and Michael Mullen were associated with Cardinal Health during the approximately nine years Cardinal is said to have run its illegal scheme, with the named individuals having had ties to the company through management or sales roles. Like the Cardinal whistleblowers (known as “Relators” in qui tam actions) who received approximately $2.6 million-plus attorney fees, costs and expenses, whistleblowers who successfully prosecute or share in the prosecution of those who violate the FCA stand to receive a substantial share of an award: in this case nearly 20% of the multi-million-dollar settlement.

While Cardinal did admit to some underlying facts as outlined in the Settlement Agreement, it claims it no longer offers the types of bonuses forming the basis for this case. Cardinal Health is no stranger to the FCA and allegations of health care fraud. In 2011, Cardinal settled another FCA case by agreeing to pay $8 million in a qui tam action brought by whistleblowers R. Daniel Saleaumua and Kevin Rinne, a former pharmacy owner and a pharmacy consultant, respectively. Mr. Saleaumua alleged that Cardinal paid $440,000 to him in exchange for an agreement that he purchase prescription drugs from Cardinal. For their efforts in bringing Cardinal to justice through the eventual settlement, the 2011 relators received $760,000.