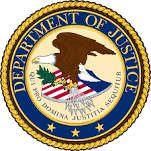 Ambulance Company, Owners Sued and Arrested for Medicare Fraud After Being Turned In By Angry Competitor – Crime Does Not Pay in Kentucky

[Update May 2020] We are presently involved in several Medicare and Medicaid fraud claims involving the EMS providers. The Centers for Medicare & Medicaid Services (“CMS”) believes that the EMS industry has one of the highest rates of fraud within the healthcare industry. The situation has become so dire that in many metropolitan areas, CMS has taken the unprecedented step of freezing new applications for ambulance services. That means that legitimate providers can’t even expand because there is so much fraud that the auditors can’t keep up with the existing providers.

In June, a whistleblower lawsuit filed under the Federal False Claims Act lawsuit was unsealed. The complaint brought on behalf of the government was initially filed by Darrell McIntosh, the owner of McIntosh Ambulance Services in Kentucky. He says that while operating his business, he became aware of a competitor that was ripping off Medicare.

McIntosh says that his competitor, Arrow-Med, was billing for medically unnecessary non emergency transports and paying kickbacks. Specifically, he says that Arrow-Med transported Medicare patients who were not bed ridden and were able to walk. He see this scheme when hospitals and nursing homes use ambulance companies as glorified taxis. Usually when that happens, there are kickbacks involved. Everyone makes money except taxpayers who are left footing the bill. Obviously transportations by ambulance cost far more than the use of a taxi or wheelchair van.

A variation of the scheme are ambulance companies that take otherwise ambulatory patients to and from dialysis appointments. Because dialysis patients need to go in at least twice per week, the fees can add up into tens of thousands of dollars per year.

In Arrow-Med’s case, McIntosh says that the company had an arrangement with Nim Henson Geriatric Center in Jackson, Kentucky. Arrow-Med offered the Center deeply discounted patient transports. In exchange for the deeply discounted rates, the Center allegedly exclusively referred all patient transports  to Arrow-Med for patient. McIntosh says the kickbacks in this case were the deeply discounted rates. (The anti-kickback law says kickbacks can be anything of value. Examples include cash, free rent, expensive meals, and excessive compensation for medical directorships or consultancies and discounts offered in exchange for patient referrals. )

Worse, McIntosh says that Arrow-Med was sometimes staffing its rigs with personnel that had no EMT certification. Thats dangerous. He says that one person employed by Arrow-Med had his EMT licensed suspended by the State of Kentucky yet continued to provide care to patients.

The lawsuit filed by McIntosh was only the beginning of Arrow-Med’s problems. Shortly after the suit was filed, the feds commenced criminal Medicare fraud related charges against Arrow-Meds owners, Herschel and Lesa Arrowood. On July 31, 2018 the company and the Arrowoods pled guilty to federal healthcare fraud charges.

Common themes of fraud within the industry include transporting patients despite a complete lack of medical necessity. Ambulance companies that cater to dialysis patients or who transport patients to and from nursing homes are often guilty of these fraudulent practices. Another type of fraud includes billing for advanced life support transports when only basic life support services were warranted or necessary. Yet another type of EMS fraud involves paying or receiving kickbacks from other healthcare providers.

The federal False Claims Act is a Civil War era whistleblower law that has become the government’s primary tool in fighting Medicare fraud. 29 states have similar laws for state funded Medicaid. The law allows the government to collect triple damages and high fines. Whistleblowers like the law because it protects against retaliation and pays cash rewards. The rewards vary between 15% and 30% of whatever the government collects from wrongdoers.

Most false claims act cases are brought by company insiders. McIntosh’s case was unusual but not unique. We are seeing an increasing trend of cases brought by honest healthcare providers tired of seeing the public being ripped off by dishonest competitors. McIntosh says he couldn’t compete because he wasn’t willing to pay kickbacks in order to get business. Competitors turned whistleblowers not only level the playing field, they also become eligible to receive large cash rewards.

Millions of dollars have been paid to whistleblowers in these cases and there is plenty more fraud that has yet to be reported. Non Emergency Medical Transportation programs are also rife with fraud. We have plenty of EMS fraud stories on our blog. We also invite you to visit our cornerstone content on ambulance and EMS fraud as well as nonemergency medical transportation program fraud.

Ready to see if you have a case? Contact us online, by email or by phone 202-800-9791. All inquiries are kept confidential. We accept cases anywhere in the United States. All cases are accepted on a contingency fee basis meaning we don’t get paid unless we are successful recovering a reward on your behalf.

Ed. Note: The author of this post, Brian Mahany, was quoted in VectorCare in February 2019. The article gives great background on EMS fraud.