Do you know of illegal conduct related to banks or a financial institution? Blow the whistle on fraud.

The U.S. Department of Justice is authorized to pay awards up to $1.6 million to FIRREA whistleblowers who report frauds involving financial institutions. 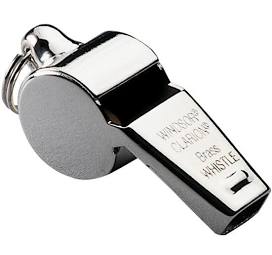 Have Knowledge of Bank Fraud? You May Qualify for a $1.6 Million FIRREA Whistleblower Reward

In recent years, FIRREA has become a favorite tool of prosecutors because of its low burden of proof, long 10- year period in which to bring claims (statute of limitations) and because recent court interpretations broadly expand the scope of the FIRREA law.

We love the law because prosecutors can pay cash awards to whistleblowers who confidentially report misconduct.

Obtaining a criminal conviction against a bank or banker is no easy task. Banks have very deep pockets and can outspend even the government. With so many layers of management, it is often difficult to reach the real culprits, the C-suite executives and other senior managers. In response to these difficulties and to the hundreds of Savings and Loan failures in the 1980’s, Congress passed FIRREA in 1989.

The purpose of FIRREA was to restore the public’s faith in the banking system. Decades later, prosecutors are once again using the law to punish banking fraud.

FIRREA allows prosecutors to punish banks civilly for conduct that is also a crime. Criminal bank fraud, wire fraud and mail fraud can now be prosecuted civilly. Under the lower burden of proof standards, prosecutors can win their case by a mere preponderance of the evidence.

In layman’s terms, that means prosecutors need only show that it was more likely than not that the statute was violated.

For the prosecutors, this means they can prosecute more banks and do so more quickly than by simply relying on criminal enforcement. For whistleblowers, more recoveries mean more award opportunities.

If you have inside information on bank misconduct and want to become a FIRREA whistleblower, Call MahanyLaw experienced FIRREA lawyers for a confidential, no-cost consultation. 202.800.9791 or Report Online

FIRREA has a ten-year statute of limitations. That means prosecutors can prosecute bank fraud that took place years ago. Once again, that means more whistleblower award opportunities.

When FIRREA was originally used in the early 1990’s during the aftermath of the Savings and Loan mess, it was often used to prosecute bank officers and outsiders whose misconduct caused the banks to fail. In recent years, however, courts have considerably broadened the scope of the law.

Now even misconduct by the bank itself can be prosecuted under the law since the misconduct threatens the financial stability of the bank.

The law has also now been used to go after outside companies. In March of 2016, federal prosecutors issued FIRREA subpoenas to Volkswagen as part of its investigation of the diesel emissions scandal. Prosecutors theorized that by hiding the defective emissions systems, Volkswagen lowered the values of their cars thus causing potential harm to the U.S. banks financing these cars.

As originally drafted in 1989, FIRREA had no mechanism to pay whistleblower rewards. That all changed in 1990 with the passage of FIAFEA, the Financial Institutions Anti-Fraud Enforcement Act.

FIAFEA allows whistleblowers who provide inside information about bank fraud to the Justice Department to obtain a whistleblower cash reward of up to $1.6 million.

For a confidential assessment of your FIRREA whistleblower reward claim, Call MahanyLaw today:  202.800.9791 or Report Online

How to Collect a FIRREA Whistleblower Award

FIRREA whistleblower rewards are based on a percentage of what the government collects in penalties from wrongdoers.

In 2015, outgoing Attorney General Eric Holder asked Congress to remove the cap on awards effectively allowing much higher whistleblower awards. That proposal has not yet been acted upon.

The penalties that banks pay under FIRREA are enormous. Each violation is subject to a $1.1 million penalty. Continuing violations, however, are subject to the lesser of $1.1 million per day or $5.5 million. Another provision of the law, however, allows the court to set the penalty commensurate with the loss or gain from the misconduct.

That provision has been used by courts to set penalties in excess of $1 billion. With such high penalties, it doesn’t take much to get fines over the $10 million mark meaning whistleblower awards of $1.6 million.

To collect a FIRREA whistleblower reward, one must file a sealed declaration under oath with a designated person within the Justice Department. There are very specific procedural rules including the need to have facts and examples.

There is one more step. Before filing the sealed declaration, the whistleblower and attorney must determine that the bank fraud involves at least one of the 14 enumerated crimes listed in the statute.

Those bank fraud crimes are:

FIRREA does not have its own anti-retaliation provision. While there have been calls upon Congress to give FIRREA whistleblowers the same protections as whistleblowers under the False Claims Act or the SEC Whistleblower Program, those proposals remain in limbo.

Fortunately for a would-be whistleblower, we can often bring a case under all three programs at the same time. Court cases have shown that even if the SEC case does not proceed, the SEC anti-retaliation provisions can still apply if the claim was filed in good faith.

Another protection for whistleblowers is the sealed filing aspect of the statute. Because the cases are filed under seal (in secret), the wrongdoers typically can’t learn who filed or made a complaint. There is also the ability to ask that the Attorney General not unseal a declined case.

Once again, selecting the right attorney often makes all the difference.  In addition to some of the most experienced U.S. FIRREA whistleblower lawyers, Mahany Law can assist you if you do suffer illegal retaliation.

As noted above, FIRREA is enjoying a resurgence as the Justice Department’s favorite enforcement tool. Coupled with FIAFEA, the time has never been better for those in the financial sector or having inside information about bank fraud to come forward.

Don’t just take my word for it, however.

In 2014, the federal government settled with Bank of America for $16.6 billion. At the time, this case was the largest recovery in U.S. history against a single defendant or bank. $5 billion of that settlement was through FIRREA. The whistleblowers providing information in that case received $1.6 million awards. [We are proud to have helped our clients collect over $100 million in whistleblower awards in that case.]

In 2013, the Justice Department collected $13 billion from JP Morgan. That case involved how the bank packaged and marketed mortgage backed securities.

In 2016, Goldman Sachs agreed to pay more than $5 billion in settlement of claims over its residential mortgage backed securities. $2.385 billion represents penalties under FIRREA.

In September 2017, a federal judge in Houston, Texas entered judgment against Allied Home Mortgage for the total amount of $296,000,000.00. This came after a jury found the company had defrauded the FHA. The Allied judgment was a combined False Claims Act and FIRREA whistleblower case. [We are proud to have represented the whistleblower in this case as well.]

Think you have information about bank fraud or other misconduct involving or affecting a lender? Our whistleblower lawyers have the experience, investigative resources and specific knowledge to help you get the largest possible award while protecting you from illegal retaliation.

All inquiries are protected by the attorney – client privilege and always kept confidential. Even if you don’t hire us, what you tell us remains protected. Our initial consultations are also without obligation and without charge. We only get paid if we are successful in getting you a reward. Learn your rights and options: 202.800.9791 or Report Online