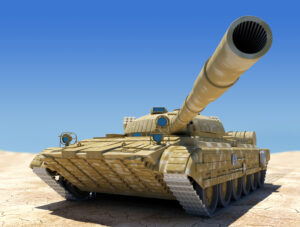 The whistleblower team at Mahany Law has long been at the forefront of fighting greed and corporate corruption. That includes representing whistleblowers with inside knowledge of fraud by defense contractors. The U.S. government spends billions of dollars per year on our defense. Money that comes from taxpayers, you, and me.

Some experts estimate that level of fraud in defense department contracts exceeds 10 percent. When you factor in waste, the problem becomes worse. According to Taxpayers Against Fraud, the Defense Department issued $420 billion in contracts last year. In fact, over half the military’s budget is money spent on private contractors.

The federal government relies on whistleblowers to ferret out fraud and waste. Each year, approximately 75% of the recoveries from bad defense contractors come from information supplied by whistleblowers. These folks are the true American heroes.

As recently as March 2021, the Government Accountability Office (GAO) says that contracting fraud remains rampant within the Department of Defense’s contracting spending. That is where you can help.

There are armored personnel carriers that can’t stop a bullet, defective missile guidance systems, and software systems that don’t work. Congress knew this and passed the False Claims Act during the American Civil War (also called the Lincoln Law after President Abraham Lincoln who signed the law into effect). Back then, the Union Army purchased wagons with defective wheels, lame mules, and gunpowder laced with sawdust. Our weapons are more modern today, but waste continues.

One of the biggest ways to make our country great again is to rid the leeches who put our service women and men in harm’s way while also fleecing taxpayers.

Under the False Claims Act, whistleblowers can receive between 15% and 30% of whatever the government collects from wrongdoers. Multiple fines in the defense contractor sector in the hundreds of millions of dollars are the new norm. That means whistleblowers have been collecting tens of millions in reward, often more.

Congress knew that becoming a whistleblower could be a lonely experience. Tough anti-retaliation laws are included in the False Claims Act. Of course, many whistleblowers don’t suffer from retaliation, but we remain ready to help them if they do.

With fraud at an all-time high, the current administration has promised to vigorously prosecute these cases. And other than the Act, private whistleblowers and their lawyers can prosecute these claims on behalf of the government.

With the President and Congress engaged in rare bipartisan support to empower whistleblowers, we thought it time to remind people in the defense space that whistleblowers know how they can fight back and make a difference.

We urge readers to view our Defense Department whistleblower information page. Find out what types of cases qualify and how you can earn a reward and make a difference. By reporting companies that illegally purchase military equipment from China and other foreign nations, you can also help preserve U.S. jobs and protect our national security.

Think you have a claim? Contact us online, by email at or by phone at 202.800.9791. All inquiries are protected by the attorney – client privilege and kept strictly confidential. Cases accepted anywhere in the world.