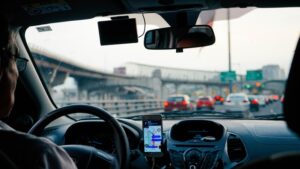 i and Khaldoun Cherdoud are all UberBlack drivers in Pennsylvania. In 2016 they filed suit claiming that they were misclassified as independent contractors. (We brought similar suits in 2016 in Illinois, Indiana and Wisconsin on behalf of Uber drivers.)

Whether or not a driver is classified as an employee or independent contractor is important. If you are an employee, you are entitled to a statutory minimum wage, overtime, workers compensation if you are hurt and other benefits. Uber has long claimed that its drivers are not employees.

Whether or not a worker is an employee or contractor requires a detailed factual investigation. Simply because your boss or Uber says you aren’t an employee carries almost no weight. In Pennsylvania, the factors courts consider are:

To date, Uber drivers have lost most of these lawsuits. Sadly, we lost the three class actions that we filed.  Uber has spent millions of dollars on lobbyists and has been successful changing the law in many states to say that ride share drivers are independent contractors as a matter of law.

The pendulum has begun to swing the other way. Some states such as California and New York are now pursuing legislation to say drivers are employees and thus entitled to wide range of legal protections. Courts are beginning to rule in favor of drivers too.

Pennsylvania hasn’t passed legislation to protect drivers yet but drivers have recently won a big battle in court.

After the three Uber Black drivers filed their class action lawsuit in Pennsylvania, a federal judge ruled in favor of the company. Without even having a trial, Senior District Court Judge Michael Baylson said that weighing all the factors, Uber was entitled to win as a matter of law.

The three drivers appealed. In March 2020, a federal appeals court reversed the trial judge’s order and said the case could proceed.

Looking at all the factors, the court focused on three and said there was enough issues of fact that the case should go to a jury.

Much of the dispute centered on the amount of control Uber exercises over its drivers. Uber says they have little control. They say they merely provide software to connect riders with drivers. Uber also contends that drivers can drive for other services.

The three drivers say that Uber sets the fees and prices and that while “online” for Uber, they cannot also accept rides through other platforms. Uber’s Driver Deactivation Policy says “soliciting payment of fares outside the Uber system leads to deactivation” and “activities conducted outside of Uber’s system—like anonymous pickups—are prohibited.”

Uber also argued that it does not control the “schedule start or stop times” for drivers or “require them to work for a set number of hours.”. Again, the three drivers disputed this, stating that the Uber Owner/Operator Agreement states, “[the] frequency with which [Uber] offers Requests to [the driver] under this Agreement shall be in the sole discretion of the Company” and “the number of trip requests available to Plaintiffs is largely driven by Uber.”

For now, that’s good news for drivers. UberBlack drivers in Pennsylvania will get their day in court.

As many Uber drivers know, we were one of the first law firms to take up the fight on behalf of drivers. In those early cases, most lawsuits failed. Our cases were no exception. We lost our shirt on those cases but were proud to fight the good fight on behalf of drivers. Today, the tide is beginning to turn. Both courts and state legislatures are often siding with drivers and against Uber.

To this day, we continue to get calls from Uber drivers. We are honored but no longer take these cases. It’s been five years since we got out of the Uber business. We no longer know of the players in the legal cases and who is winning and where. If you know of good lawyers taking these cases, let us know so we can post that information for other drivers.

Today, the only Uber cases we take are cases where a member of the public has been assaulted by an Uber driver. 99.9% of the drivers are great, hardworking people. We want to weed out that small percentage of drivers who give ride share a bad name.

If you are a member of the public and have been assaulted or sexually harassed by an Uber driver, please see our Uber and Lyft sexual assault information page. Ready to see if you have a case? Contact us online, by email or by phone at 202.800.9791. All inquiries protected by the attorney – client privilege and kept confidential.