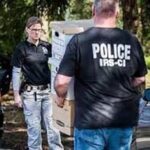 Lawyer for Billionaire Hedge Fund Manager Indicted! Learn How to Obtain an IRS Whistleblower Reward for Exposing Tax Cheats and Those Who Help Them

Last month a prominent Houston lawyer was indicted for facilitating a multi-million dollar tax fraud. Federal prosecutors say that Carlos Kepke conspired with a billionaire hedge fund manager and defrauded the IRS of taxes on $225,000,000.00 in capital gains.

According to the indictment, from 1999 to 2014, Kepke helped hedge fund owner Robert Smith “create and maintain a structure of offshore entities and foreign bank accounts that were used to conceal from the IRS approximately $225 million of capital gains income that Smith had earned.  In approximately March 2000, Kepke allegedly created a Nevisian limited liability company (Flash Holdings) and a Belizean trust (Excelsior Trust) to serve as the tax evasion vehicles. When Smith earned capital gains income from his private equity funds, a portion was allegedly deposited into Flash’s bank accounts in the British Virgin Islands and Switzerland.”

Wealthy Americans trying to evade taxes is nothing new. What makes this case somewhat unique is that a lawyer was allegedly behind the plot. When billions of dollars need to be hidden, we often see lawyers, accountants, banks or offshore “service” companies that step in to help. (And always for a fee.)

Assuming the allegations of the indictment are correct, attorney Carlos Kepke helped his client create offshore shell companies, prepare fraudulent returns and engineer a complex system of moving money from one offshore jurisdiction to another to avoid detection by the IRS.

Kepke’s indictment follows an announcement by the IRS last October that Kepke’s client, Robert Smith, admitted to evading to taxes for 15 years. Smith avoided jail by paying $139 million in back taxes.

We believe Smith avoided also prosecution by turning in another billionaire, Robert Brockman. The IRS says that Brockman “is responsible for carrying out an approximately two-billion-dollar tax evasion scheme.” In October Brockman was indicted.

Like the indictment in Kepke’s case, the IRS says that Brockman also used a complex network of offshore entities to hide money from the IRS. According to a Justice Department spokesperson, “Sophistication is not a defense to federal criminal charges. We will not hesitate to prosecute the smartest guys in the room.”

The smartest guy in the room may have been Kepke although none of them are feeling very smart right now. (Bloomberg reports that Kepke had also been Brockman’s lawyer.)

Kepke, who is in his 80’s, and Brockman are both facing lengthy prison sentences. Smith wisely cut a deal to avoid prison and is apparently cooperating.

Smith is lucky he wasn’t indicted. The smartest thing he may have done is to cooperate with the IRS.

It is very difficult for the IRS to catch tax cheats that use offshore accounts and shell companies. Often these folks are caught because of whistleblowers.

Under the IRS whistleblower program, anyone with inside information about tax evasion or other tax code violations is eligible to receive a cash reward from the IRS. Rewards can range between 15% and 30% of whatever the IRS collects from the wrongdoer including penalties and interest.

Smith may have turned Brockman in (and perhaps Kepke too), but how did Smith get caught? That’s a question we probably will never be able to answer. Based on our experience, often people get caught because of whistleblowers. In this case it could have been an employee of Smith or Kepke.

Worried that you can’t be a whistleblower because you may have done something illegal yourself? In certain cases, whistleblowers can still collect a reward even if they were involved in the illegal activity. While that sounds counterintuitive, the IRS understands that some of the best whistleblowers (and those that know the most) are often involved in the fraudulent conduct. The IRS depends on voluntary compliance and that means if you come to the IRS first, you can almost always avoid criminal prosecution.

Would you rather look over your shoulder the rest of your life or make a deal with the IRS and possible even earn a reward for doing the right thing?

The size of the reward is dependent on several factors, including the type of information you provide, its value in prosecuting the case, any participation you may have had in the fraud and how much the IRS is able to collect.

If the case is worth at least $2 million, including the interest and penalties, you may then get a reward that is worth between 15 percent and 30 percent of the amount the IRS collects. Discretionary rewards are available in smaller cases.

The cases against Brockman and Kepke involve false returns and unreported offshore income. Other types of tax fraud that are eligible for cash rewards include:

Ready to learn more? Visit our IRS whistleblower rewards page. (The link for evasion schemes using offshore accounts is above.) Ready to see if you have a case? Contact attorney Brian Mahany online, by email or by phone at 202-800-9791. All inquiries protected by the attorney client privilege and kept confidential. We accept IRS whistleblower cases worldwide.

*An indictment is not an indication of guilt. Brockman and Kepke are presumed innocent until proven guilty.