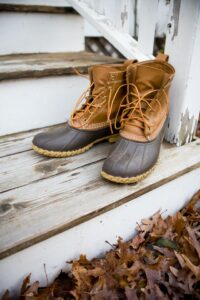 For much of the afternoon, members of the Maine Legislature’s Joint Standing Committee on the Judiciary debated two virtually identical bills designed to extend the time period for victims of PFAS contamination to seek damages. PFAS is a family of similar chemical substances known as perfluoroalkyl and polyfluoroalkyl substances.

Under the proposed PFAS legislation, any action for harm or injury caused by PFAS can be commenced within 6 years after the plaintiff discovers or should have discovered such harm or injury. Many people were subjected to PFAS contamination in the 1980’s and 1990’s but are just finding out about it now. Some have already died.

Legislators held a public hearing last month that generated support from every corner of Maine. Similar legislation last year died without a vote.

The two new bills were assigned to the Legislature’s Judiciary Committee. That committee voted out one of the two bills today as “Ought to Pass” meaning the committee believes the bill should be voted on by the full house and senate. The vote was unanimous with three legislators absent from the vote.

“An action arising out of any harm or injury caused by a perfluoroalkyl or polyfluoroalkyl substance must be commenced within 6 years after the date the plaintiff discovers or reasonably should have discovered such harm or injury. For the purposes of this section, “perfluoroalkyl or polyfluoroalkyl substance” means any member of the class of fluorinated organic chemicals containing at least one fully fluorinated carbon atom. This section does not affect application of notice requirements for filing under section 8107 or the limitation on actions against a government entity under section 8110.”

The companion bill was voted down. The sponsors of both bills agreed that it didn’t matter which bill came to a vote as long as victims of PFAS poisoning could get their day in court.

The PFAS legislation is important because requiring PFAS victims to file within 6 years of suffering from contamination would mean most victims would not be able to sue. For example, assume your land was contaminated in 1990 but you don’t find out until your water is tested in 2021 or you develop kidney cancer in 2019. Without so-called “discovery rule” language, it might be too late to take action.

The discovery rule says that the 6 years begins to run when the victim discovers or should have discovered that they have suffered from PFAS contamination.

Opposing the legislation was Maine’s insurance lobby. They claim the legislation is “overly broad and detrimental to creating appropriate and more societal solutions to the developing hazards of PFAS.” We were not surprised by their position. Sadly, they  say they have sympathy for the victims yet offered no alternatives other than to let victims suffer and fend for themselves.

A wide coalition of people supported the legislation. If adopted, Maine will join the vast majority of other states with a discovery rule.

Thirty-seven other states, including Maine’s closest neighbors, New Hampshire and Vermont, have discovery laws similar to that approved by the Judiciary Committee. Residents and cancer victims should not be left out of legal remedies simply because they live in Maine and not New Hampshire.

The lack of the discovery rule benefits big corporations and industry, not regular Mainers.

Without the new law, cancer victims, homeowners and local water districts are more likely to be on the hook for cleanup and medical expenses.

Are You the Victim of PFAS Contamination?

The PFAS lawyers at Mahany Law along with their partners have filed a lawsuit seeking to force papermills, landfills and others who are responsible for PFAS contamination to pay damages including future medical monitoring costs.

We are also bringing individual claims for those that contracted kidney and testicular cancer, birth defects and other serious health problems because of exposure to PFAS.  To learn more, visit our PFAS Contamination – PFAS Lawsuit information page and video. Ready to see if you have a case? Contact us online, by email or by phone 202-800-9791. Cases accepted nationwide.