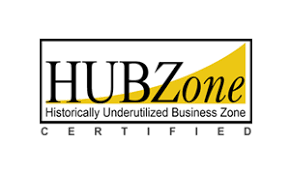 Do You Have Information about HUBZone Fraud (or any Small Business or Minority Owned Business Designation Fraud)? You May Be Entitled to a Large Cash Reward

A private contractor doing work on a multibillion Department of Energy product has agreed to pay $3 million to resolve claims that it falsely presented two subcontractors as HUBZone small businesses. The claims also involved falsely designating a subcontractor as a woman owned small business.

The case was brought by a whistleblower who will receive $865,000 for stepping forward and reporting the misconduct.

Like many federal agencies, the Department of Energy (DOE) sets aside a certain percentage of contracting dollars for minority owned businesses and business that are based in economically struggling areas.

Congress created the HUBZone Empowerment Act in 1998. The act allows the SBA to designate geographic locations in which businesses are struggling. The government’s term is “historically underutilized business zones.”

To be a HUBZone contractor, one must be a small business as defined by the SBA, have a principal place of business in an area designated as a HUBZone, must have at least 35% of its employees residing in the zone and must apply for certification.

In recent years, the federal government has prosecuted dozens of businesses for improperly claiming they are a qualified minority owned or disadvantaged owned business. The prosecution in this case shows that the government is also scrutinizing businesses that falsely claim they are a HUBZone business.

Most of these prosecutions were brought by whistleblowers. The federal False Claims Act allows these folks to receive a large cash reward for reporting the misconduct. More on that below.

In June, the Justice Department announced it had settled with CH2M Hill Plateau Remediation Co. CH2M was the prime contractor in a multibillion contract to clean up nuclear waste at the Hannaford DOE site. To win the contract, the company promised to comply with DOE rules. For HUBZone set asides.

Prosecutors say that CH2M hired a subcontractor called Indian Eyes LLC which has already been disqualified from claiming HUBZone status. A second company, ABC-Phoenix, was also found to be unqualified.

Although the whistleblower also claimed that CH2M violated set aside rules for women owned businesses, it doesn’t appear the Justice Department acted on those claims.

Earlier in this story we mentioned that the case was brought by a whistleblower. The federal government can’t audit and investigate every company that claims it is minority owned or employs 35% of its work force from an impoverished area. Instead, the government relies on whistleblowers, folks with inside information about fraud and corruption.

In the CH2M case, the whistleblower was Salina Savage, the owner of a woman owned business who successfully challenged the minority owned status of one of CH2M’s subcontractors. Her claim against CH2M is that they knowingly ignored red flags and hired ineligible subcontractors.

Salina isn’t simply an outsider who knew her competition was probably not woman owned. She became a transportation specialist and member of DOE’s Motor Carrier Evaluation Program tasked with knowing who was qualified to work on sensitive DOE projects. When she started her own company, she knew the players.

Under the federal False Claims Act, anyone with inside information about fraud involving a federal program or federal funds can earn a reward of between 15% and 30% of whatever the government collects from the wrongdoer. Multi-million dollar rewards are not uncommon.

Ultimately the government decides whether to take the case, seek its dismissal or allow the whistleblower’s own lawyer to prosecute the case on the government’s behalf.

To learn more, visit our False Claims Act whistleblower rewards page. Ready to see if you qualify for a reward? Contact us online, by email or by phone 202-800-9791.

HUBZone fraud and other whistleblower cases accepted nationwide. All inquiries are protected by the attorney – client privilege and kept strictly confidential.