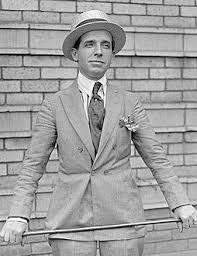 Charles Ponzi “Blessed” Us with the Ponzi Scheme. But Bernie Madoff Set the Stage for Approval of a Controversial Fraud Recovery Tool – Clawbacks.

Until the Bernie Madoff case, the term “clawback” was virtually unknown in the asset recovery world.  Now it has become a powerful tool for court appointed receivers and a nightmare for those lucky Ponzi scheme victims who cashed out early or managed to independently recover some of their investment. The Wikipedia definition is quite vague (forget finding the term in a conventional dictionary): “Any recovery of a performance related payment based on discovery that the performance was not genuine.”

For fraud recovery purposes, we define Clawback as the situation when money that’s already been paid out must be returned.

U.S. courts are becoming increasingly sympathetic to efforts to “claw back” profits (and in rare cases, principal) from the earlier “winners.”  Is this fair? It depends on who you are.

For the losers in a Ponzi scheme, their only chance of recovery is getting some money from the earlier winners. The theory is that since the entire scheme was a fraud, allowing the earlier investors to receive profits is fundamentally unfair to the newest investors.  That sounds good BUT, many earlier investors, having no idea that the investment was a scam, long ago spent the profits they received.

The issue is likely to be litigated intensely for the next several years but clawbacks are being accepted with increasing frequency by the courts.

Thus far, courts have been reluctant to allow clawbacks of anything more than profits. By way of example, a person who invested $100,000 and later cashed out his investment plus $30,000 in interest might have to disgorge the interest.  A receiver could seek to have the court “claw back”  any monies received beyond the original $100,000 principal.

One federal judge in Pennsylvania found no legal prohibition against clawing back any monies paid to early investors. The government, however, has a stated policy of not recovering principal from innocent investors who cashed out early.

What does this mean for investors who decide to sue of recover their investment losses?  We recommend that any “profits” or interest recovered in excess of the original investment be segregated into a special account until all filing deadlines have passed. Why? To insure that these profits are available if a receiver is later appointed and a court does order that profits be turned over.

With courts allowing claw backs, why would anyone want to retain private counsel and recover their losses?

Unfortunately, the federal government has very limited resources. Notwithstanding the extensive publicity that often accompanies a new Ponzi scheme or fraud prosecution, most fraudsters are not prosecuted. When the government does step in, receivers must share whatever is collected with all victims.

Fraud victims usually can achieve a much higher recovery by being first to civilly prosecute a fraudster. If you collect more than your initial investment, however, just remember you might have to later share your “profits” with other victims.

By waiting for the government to step in, there is a higher risk of getting nothing or very little.

The case law on clawbacks is very recent and in a state of flux. Consult with a competent asset recovery lawyer before spending any of your recovery.

Bernie Madoff is spending the rest of his life in federal prison. Unless he gets a compassionate release and allowed to die at home, he will never leave jail. That he is prison provides some measure of justice to his victims but many have lost their life savings. Knowing that the man who stole their money is in jail does little to pay bills.

The court appointed trustee charged with recovering money for Madoff’s victims is Irving Picard. When he was first given the assignment, he hoped to collect between 5¢ and 10¢ on the dollar. Believe it or not, that’s average.

By the end of 2018, Picard and a court appointed receiver had recovered $13.3 billion or roughly 75% on the dollar. How did they do such an amazing job? Through clawbacks.

In 2010, Picard sought money from the estate of Jeffry Picower, Madoff’s largest investor. Just weeks before his death in 2009, Picard had sued claiming that over a two decade period, Picower had cashed in billions of dollars he made from investing with Madoff. Only after Madoff’s arrest did everyone realize that those profits they had received were fake.

Some say that Picower was an innocent victim who just happened to be lucky in that he cashed out before Madoff’s Ponzi scheme collapsed. Others like the Wall Street Journal journalist and Madoff biographer say Picower may have been the brains behind Madoff’s audacious scheme.

We probably never know the truth because Picower died. That didn’t stop the court’s trustee from demanding Picower’s estate pay back every penny and then some of the billions in “profits” he received from Madoff.

His widow agreed and that started the push for other clawbacks.  Not every investor was eager to pay back all the profits they received. Ultimately a federal appeals court approved Picard’s clawback method.

Mahany Law is a national boutique fraud recovery law firm headquartered in Milwaukee, Wisconsin. We help victims of fraud throughout the United States – Ponzi schemes, investment frauds, stockbroker fraud… if you lost your hard earned money, we can help get it back.

Asset recovery is a new, emerging areas of law. Our fraud recovery lawyers have the experience and knowledge to quickly trace, locate and recover your money. We understand how fraudsters work and how they hide their money. Often we can  unwind fraudulent transfers too. To learn more, visit our fraud recovery information page.

Ready to see if you have a case? Contact us today for a no obligation, no nonsense review of your case. In many cases we will work on a hybrid fee basis. Even if we are unsuccessful, we can document the good faith recovery efforts to insure you qualify for special IRS fraud loss treatment. Brian can be reached online, by email or by phone at 202-800-9791.

All inquiries protected by the attorney client privilege and kept confidential. Minimum loss $1 million. (We do make exceptions for stockbrokers and registered broker dealers.)