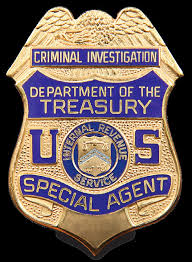 The OECD says Bank Secrecy Is Dead. They Wish! IRS Whistleblowers Remain the Best Method of Ferreting Account Unreported Foreign Accounts and the IRS Even Pays Cash Rewards for Information about Tax Cheats

The Organisation for Economic Cooperation and Development (the OECD) says in 2019, over $11 trillion in foreign financial assets “came to light” as the result of the automatic sharing of bank account information by 100 countries. The OECD’s information sharing initiative finally got going in 2018 after many delays.

The OECD is an intergovernmental organization encompassing much of the developed world. Its original aim was to stimulate economic progress and world trade. In recent years it has worked hard to promote financial transparency and fight tax evasion.

In heralding the news about the organization’s bank account information exchange, the OECD’s Secretary General said, “The discovery of previously hidden accounts thanks to automatic exchange of information has and will lead to billions in additional tax revenues.”

The OECD claims that the automatic information exchange has “all but ended bank secrecy.” While the OECD’s efforts have cut back on tax evasion that relies on offshore accounts, their claim that bank secrecy is almost dead is far from accurate.

Officially, all of the most notorious tax havens have been removed from the organization’s blacklist. But that doesn’t mean that offshore tax evasion is dead.

The European Union still lists Anguilla and St. Lucia on its “blacklist.” Non-Caribbean countries on the blacklist include Fiji, Oman, Palau, Panama, Samoa, the Seychelles and Vanuatu. Interestingly, several US territories are on the list including the U.S. Virgin Islands, Guam and American Samoa.

The tiny island nation of Vanuatu has less than a quarter of a million people yet billions of dollars in its banks. The reason? It remains a notorious tax haven and destination for money launderers.

While many countries are now exchanging information, compliance isn’t nearly as good as it should be. More importantly, the OECD hasn’t been successful in addressing tax evasion and hiding of assets through sham entities (so called shell companies).

If I am a US citizen required to file tax returns with the IRS, I could try to hide money by placing it in a Swiss account. Theoretically, today with global cooperation, Switzerland should make that information available to the United States. But what happens if I open my Swiss account in the name of a trust?

Let’s take it one step further. My Swiss account is in account titled to a trust created in the Isle of Man and the trustees of the trust are LLCs created in the Seychelles. The information exchange suddenly becomes meaningless.

The highest ever IRS whistleblower reward went to Bradley Birkenfeld. In 2012 earned a $104 million reward for blowing the whistle on Swiss bank UBS. Bradley was able to show how UBS was helping wealthy Americans hide money and evade taxes.

Back at the turn of the century, most Americans thought secure in simply parking money in a Swiss account. Although the Bank Secrecy Act requires US taxpayers to disclose offshore financial accounts, having such an account isn’t illegal. Many taxpayers use their offshore account, however, to evade taxes. They do so by not disclosing their foreign accounts.

As the Swiss banks slowly (and reluctantly) began to cooperate with the IRS, many Americans simply moved their accounts to places like Lichtenstein, Andorra and the Cayman Islands. But now, even those countries are cooperating.

Some Americans who were hiding money illegally got caught, some participated in the IRS’s various offshore amnesty programs while others began using shell companies and sophisticated tax evasion strategies such as creating offshore companies in countries that permit bearer shares.

For the latter group, the OECD’s tax exchange protocol will pose little threat to their tax evasion schemes. The real threat, however, are whistleblowers. The IRS Whistleblower Program pays cash rewards of up to 30% of whatever the IRS recovers from the wrongdoer. That includes taxes, interest and penalties.

In most instances the whistleblower’s identity remains anonymous as well.

Tax evaders will always find a way to hide money from Uncle Sam. It is impossible for the IRS to audit every foreign account in 194 different countries. Even if the IRS had the jurisdiction to do so, it simply doesn’t have the staff. In fact, each year the IRS only audits a handful of offshore accounts.

Instead of random audits to find tax cheats, the IRS relies on information sharing agreements and whistleblowers. You may be eligible for a cash reward if you have inside, “original source” information about someone failing to report a large offshore bank account or using offshore accounts to underreport their income or to avoid paying taxes.

Do I Need an Attorney to Collect an IRS Whistleblower Reward?

There is no requirement to have an attorney in order to obtain a reward. The IRS, however, takes less than 1% of the whistleblower cases filed each year. In other words, the odds are quite low that your case will be processed no matter how solid your information.

Our whistleblower team consists of a former tax prosecutor, attorney Brian Mahany, as well as a former IRS special agent assigned to offshore tax evasion. We know how to build a winning case and will work tirelessly to ensure your case goes to the top of the pile.

When filing an IRS tax case, you have two choices. Most people simply fill out an online form and “file and forget.” Unfortunately, the IRS never investigates the vast majority of  cases. Your other alternative is to allow us to investigate and present your case.

We have every incentive to push your case through the IRS as we never charge a fee for our services unless we win money on your behalf.”

To learn more, visit our offshore tax evasion whistleblower page. Ready to see if you qualify for a reward? Contact us online, by email or by phone (202)-800-9791. All inquiries protected by the attorney – client privilege and kept strictly confidential.