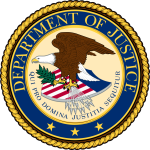 The United States Department intervened in a False Claims Act lawsuit against Omnicare originally brought by Mahany Law and a partner firm. The complaint includes multiple allegations of Medicare and Medicaid fraud by the pharmaceutical services provider. The whistleblower who initiated the case is an Omnicare pharmacist. He is represented by Brian Mahany, an attorney who has secured multimillion- and multibillion-dollar settlements in high-profile whistleblower cases.

Administering medication that has not been prescribed by a physician not only triggers inappropriate Medicare and Medicaid reimbursements, it can also put patients at risk.

Brian Mahany and his firm Mahany Law have a track record of successfully representing whistleblowers in large False Claims Act cases. Upon the announcement of the DOJ’s intervention in the case against Omnicare, Mahany commented, “We are elated that the Justice Department chose to intervene in our whistleblower’s case. This is not the first time Omnicare and CVS have been accused of Medicare fraud. Today’s intervention is proof that protecting taxpayers and vulnerable nursing home residents remains a priority of the Justice Department.”

According to Violation Tracker, Omnicare alone has paid over $415 million to settle healthcare fraud allegations since 2004. Omnicare whistleblowers have received massive awards. In 2014, pharmacist David Gale received a $17 million award after exposing illegal kickbacks allegedly paid by Omnicare to nursing homes in exchange for patient referrals to the company’s prescription services. The total settlement paid by the defendant in that case amounted to $124 million.

In announcing the settlement, a senior Justice Department official said, “Illegal conduct like this can undermine the medical judgments of health care professionals, lead to patients being prescribed medications they do not need, and drive up the costs of health care.”

In the present case, the whistleblower claims he tried to raise concerns about flaws in Omnicare’s system internally, but compliance officers ignored him. The whistleblower is a licensed pharmacist and former employee of Omnicare.

Headquartered in Ohio, Omnicare was acquired by CVS, for $12.7 billion, in 2015. It is the largest provider of pharmaceutical services in assisted living and skilled nursing facilities in the U.S., operating in forty-seven states and the District of Columbia.

According to the whistleblower’s lawsuit, Omnicare made and caused to be made

“false records and the submission of false claims to the United States government. . . including the Medicare program, Medicaid program, and related government programs. The false records and false claims at issue were used to obtain reimbursement for prescription (legend) drugs dispensed by Omnicare without valid prescriptions,” including “drugs that treat a wide range of medical conditions affecting the elderly and disabled, including but not limited to cardiovascular conditions, central nervous system disorders, endocrine conditions, immune system disorders, mental health conditions, neoplastic disorders, and respiratory conditions. Some of these legend drugs are controlled substances.”

According to the government’s “complaint in Intervention,”

“Omnicare, and its parent company CVS, allowed Omnicare pharmacies to dispense prescription drugs indefinitely to individuals living in these residential facilities based on prescriptions that had expired, were out of authorized refills, or were otherwise invalid. Omnicare disregarded prescription refill limitations and expiration dates—which would have triggered consultation with residents’ treating physicians to evaluate whether the dispensed drugs should be renewed—and instead continued to push drugs out the door based on stale, invalid prescriptions.”

The original complaint notes Omnicare’s profits deriving from some of its alleged illegal practices. “According to its 2014 10-K, Omnicare’s ‘customer mix’ is ‘heavily concentrated in the senior market,’ and Omnicare claims to have ‘a high level of insight into geriatric pharmaceutical care… Omnicare filled approximately 111 million prescriptions for residents of facilities in 2014, and it derived approximately 74% of its 2014 total net sales from those prescriptions. In 2014, Omnicare’s total net sales were $6.4 billion, with approximately $4.7 billion coming from the sale of legend [prescription] drugs to elderly and disabled residents of facilities.”

In 2014 alone, Omnicare received over $3 billion from Medicare and Medicaid from the sale of prescription drugs.

Omnicare is not yet filed an answer to the complaints.

Whistleblowers Save Taxpayers Billions and Are Eligible for Cash Rewards

Mahany encourages other whistleblowers to come forward and report fraud. “Medicare fraud inevitably results in financial harm to the public.”

Why should whistleblowers come forward? There are many reasons!

Whistleblowers who report Medicare or Medicaid fraud are the eyes and ears of the government. Their early warning can help stop fraud and save taxpayers billions of dollars.

In healthcare cases, they can often save lives and prevent needless pain and suffering. Medically unnecessary prescriptions, surgeries and care are a tremendous risk to patients.

Need more reasons? Under the False Claims Act, whistleblowers typically receive between 15 and 30 percent of whatever the government recovers from the wrongdoers. Most states have similar laws for state funded Medicaid.

To learn more, visit our Medicare fraud whistleblower reward page. Ready to see if you have a case? Contact us online, by email or by phone at 202-800-9791.

We handle cases nationwide. There are no fees unless we recover money on your behalf. All inquiries are protected by the attorney client privilege.