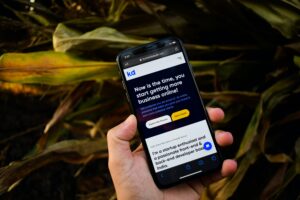 Getting SPAM Text Messages? Learn How to Fight Back (and Get Paid)

The late physicist Stephen Hawking, one of the smartest people in the world, openly worried that robots could “spell the end of the human race.” Yet despite those fears, our society continues to march towards more automation.

Self driving cars are here. Amazon is already testing pilotless drones to deliver packages. Passenger planes without pilots are already possible (yet not in production for fear that few would board one.) What’s next? A robot lawyer!

A robot lawyer? Yup, it’s here and now it’s being sued for not obeying the law. You can’t make this up.

DoNotPay Inc offers the “world’s first robot lawyer.” For a monthly subscription fee, your robolawyer will “fight corporations, beat bureaucracy and sue anyone at the press of a button.” When COVID-19 began shutting down our economy, DoNotPay was there claiming its robot lawyer could file unemployment claims in any state of the union.

The company’s 23 year old founder says, “We plan to be the Costco of consumer rights, making money only on our subscription.” While this may sound great, the new robot lawyer apparently doesn’t know when to quit.

Illinois resident Mathew Hufnus says that DoNotPay Inc., bombarded his phone with unwanted text messages attempting to get him to subscribe to the company’s service. Unless you consent to such texts, unwanted text and cell phone calls violate the Telephone Consumer Protection Act. That law allows consumers to collect between $500 and $1500 per unsolicited call.

We think it quite ironic that robo lawyer is engaged in illegal spam text messages! While Matt could probably retain robo lawyer to sue itself, we are much happier that he chose human lawyers to do so.

The story (and irony) gets better!

According to his complaint, on September 26, 2020, Matt received a text message on his cell. The message said,

“Hey there it’s Jen from DoNotPay – we know it’s a lot to ask for your payment details upfront, we really do. But here’s a statistic – DoNotPay users save an average of $450 in cold, hard cash per year. Sue robocallers, cancel free trials and never have to deal with customer service again. If you aren’t satisfied, we’ll go ahead and delete your details and refund you in full. Finish signing up in the…”

It now appears that Matt wasn’t the only one receiving spam text messages from “Jen.”

We all know how annoying unwanted text messages are. They are also illegal unless you consented. Matt (and many others who received the identical message from Jen) say they didn’t consent.

Was Matt harmed? Certainly there is the annoyance factor. But there is more. Constant text messages can also use up your phone’s memory, drain the phone’s battery and cause distractions. They are also an invasion of privacy.

So, what happens next?

What Are the Penalties for Sending SPAM Text Messages (How Much is my Case Worth?)

The parent company of the “world’s first robot lawyer” might have to pay Matt between $500 and $1500 for each illegal call or text. And since his case was filed as a class action, it could potentially owe millions depending on how many other people received texts or calls that were sent by an autodialer or sent without consent. (No matter how quick some kids can text, we really don’t think there is a Jen sending out thousands of identical text messages manually.)

We have seen cases where mortgage companies have called prospects over 100 times. The awards in these cases can mount quickly. But to maximize your case, save or screenshot the texts and maintain a diary of the dates and times of the calls and the phone number from where the texts originated.

At any given time, we have several open robo call and robo text investigations. As soon as one company gets prosecuted, another pops up. Here are some of the industries where we see the most activity:

Assuming you can identify the company, the first step is to document the call or text. There should be a way to opt out. Often one must simply text STOP if an unwanted text message or press a certain key to opt out of unsolicited call. Although even one call is a violation, many courts recognize that people switch phone numbers. That means the person that had your phone number a year ago might have consented.

In the same vein, even if you once consented, the law makes it clear that you can revoke that consent at any time. And opting out is supposed to be easy. You don’t need to give reasons, fill out lengthy forms or speak to a customer service representative during normal business hours.Ditto if you get a call from a third party collection agency. Once you tell them to stop calling, they must stop.

If the calls continue, contact us and keep a diary. Chances if you get two calls you will get 2 dozen.

Are You the Victim of Spam Text Messages?

We prosecute violations of the Telephone Consumer Protection Act anywhere in the United States. To learn more about the TCPA or SPAM text messages, visit our cornerstone page, Robocalls – Can I Sue a Telemarketer.

Ready to see if you have a case? Contact us online or by email for a free case evaluation. While we can’t stop every robocaller, we can help put some cash in your pocket.

Editor’s note: Are we threatened by Robo Lawyer? Absolutely not. While we would never recommend that someone use a robot to fight a child custody case, it could be a quite a time saver if trying to fight a parking ticket or apply for unemployment. In fact, we actually like that it can apparently scan a document full of fine print and point out questionable terms of service.

As noted above, however, Jen and Robo Lawyer still have much to learn. One is to respect our privacy.