We have long written about patient recruiter scams. They are not only illegal, they are also dangerous.  A few greedy doctors and clinics pay people – patient recruiters – to cruise the street looking for addicts, drunks, the homeless and emotionally disturbed people to seek treatment they almost never need. The recruiter is paid a bounty and will often pay a portion of that bounty (or cigarettes and booze) to get the “patient” signed up.

[We have an entire page on patient recruiter schemes and how to obtain whistleblower rewards for stopping them.]

This month a Beverly Hills doctor and his girlfriend were charged with paying body brokers to find addicts and get their consent to get unapproved naltrexone implants. Rosy Rosen MD was allegedly able to bill $661 million before being caught. Because his prices are so high – one patient’s insurance was billed $80,000 for the procedure – prosecutors say he was only able to get $51,000,000.00. 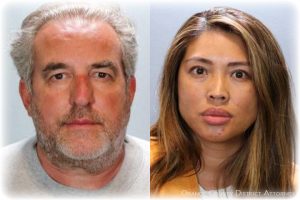 Orange County District Attorney Todd Spitzer said, “Vulnerable sober living patients who were trying desperately to battle their addictions were treated like human guinea pigs just to make a buck. I refuse to allow these body brokers to exploit and traffic human beings as part of a sick and twisted plot to line their own pockets. This prosecution is a testament to the dedicated work of our prosecutors and our Bureau of Investigation to hold these real-life Frankensteins accountable.”

According to court records,

“Rosen put his patients under anesthesia for these procedures in order to bill insurance for a major medical surgery at an approximate cost of $80,000 per procedure.

“Per Rosen’s records he performed these procedures in as little as one-minute increments with as many as 72 procedures per day. Additionally, Rosen collected blood and urine from his patients, which was processed at Lotus Labs at a cost of approximately $4,000 per day after the procedure with no known medical necessity.”

Think about it. A one minute procedure in which a doctor can do 72 procedures in a day and bill $80,000 for each procedure plus an additional $4,000 for tests. On a “good day,” the pair could bill over $6 million for an hour and fifteen minutes of work. And we wonder why health insurance is so expensive!

If all of this isn’t bad enough, prosecutor say he was already out on bail for another insurance  fraud case.

Readers of this blog probably recognize the reference to unlawful patient referrals. Federal and state laws prohibit a physician referring a patient to a clinic, pharmacy or lab in which they or a family member have a financial interest. The criminal complaint says that before the procedure, Rosen would send the patients to a lab owned by his girlfriend, Visamanos. She apparently netted $3 million from her end of the scheme.

Using patient recruiters or body brokers and making so-called self-referrals often results in overbilling and medically unnecessary treatment. Medical decisions should be based on the best interest of the patient. Not the provider’s wallet.

If the charges are true, Rosen took very vulnerable patients and provided them with a false sense of security. Don’t believe me? Prosecutors say that 35 of Rosen’s patients have died of overdoses. The use of Naltrexone implants is certainly controversial and has not been approved by the FDA.

The four body brokers were also charged with felonies and face between 36 and 68 years in prison. They are Robert Mellon, 52, of San Diego, Thomas Douglas, 29 of Playa del Rey, Shea Simmons, 28, of Jeanerette, Louisiana, and Patrick Connolly, 28, of Los Angeles.

As noted above, Rosen was out on bail at the time of his new arrest. He is already facing 51 years on multiple insurance fraud counts. His girlfriend is also facing similar charges. If convicted of all charges, Rosen could be facing a combined total of 135 years. Considering he is 57 years old, his future is bleak.

Dr. Rosen was the subject of a 2018 CBS News investigation. Long before the current round of charges, CBS says vulnerable addicts were getting paid by patient recruiters to have the Naltrexone implant.

The scheme  was simple. The doctor paid the recruiter. The recruiter gave some of that money to the addict and then the addict’s insurance company was billed tens of thousands of dollars.

The addict that was the feature of the 2018 CBS story is now dead. His mother told CBS, “You don’t give a drug addict cash money. You don’t pay somebody to have surgery. You don’t prey on vulnerable people who are trying their hardest to stay alive and have a real life again.”

Use the search feature on our blog and you can find several patient recruiter stories. It’s one thing to advertise for patients but paying cash, drugs, booze or cigarettes to get patients in the door is illegal. It’s even worse when recruiters prey on vulnerable populations.

Naltrexone implants aren’t covered by Medicare or Medicaid. Government healthcare programs typically don’t pay for therapies that haven’t been approved by the FDA. That means there are no government whistleblower rewards for the implants but there may be for the lab work or for placing people in sober living facilities.

In two states, California and Illinois, there are also rewards for reporting fraud involving private insurance. In the case of Dr. Rosen, that means the $51,000,000 he collected from insurance companies.

Rewards are typically between 15% and 30% of whatever is collected from the wrongdoer. In California, the rewards may even be higher. Multimillion rewards are not uncommon.

Remember, it is not just the reward though. Patient recruiter schemes are usually dangerous. It’s never good when a person receives medically unnecessary treatment. That is why we believe that healthcare whistleblowers are society’s true heroes. They not only take a stand against greed and fraud, they also stick up for taxpayers and vulnerable patients.

Interested in learning more? First, visit our body broker / patient recruiter cornerstone page. To see if you have a case, contact us online, by email or by phone 202-800-9791.

We accept cases anywhere in the United States. All inquiries are protected by the attorney – client privilege and kept confidential.

Are you a patient recruiter yourself? It’s better to come in from the cold than spend the rest of your life looking over your shoulder. Depending on your involvement, its possible to get immunity and still collect a reduced reward. Prosecutors are usually more interested in the doctors behind these multi-million dollar schemes and less in the recruiters who pocket $500.

*We remind everyone that Rosen, Vismanos and the four recruiters are considered innocent until proven guilty. Rosen previously denied having any knowledge of the patient recruiters. His attorney claims that all patients “must sign a verification that they received no money or other inducement to enroll in the clinic.” He also claims that he saves lives. We disagree. We are confident that a jury will see the truth.