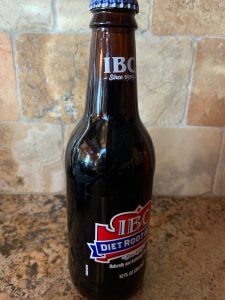 A&W claims to have the franchise on “hometown goodness.” If you have ever been bombarded by unsolicited and unwanted text messages from the root beer and hamburger fast food chain you might have different thoughts. This month a federal judge in Fresno, California approved a $4 million class action settlement for people who say they receive these nuisance texts.

Cory Larson began the lawsuit in 2016. He claims that Americans receive billions of spam text messages each year including thousands sent on behalf of A&W.

Larson heard by word of mouth that he could receive a free A&W Papa Burger by texting the word BURGER to a certain number. He did and received an online coupon for his burger. What Larson didn’t know, however, was that his number was stored and that he would soon be receiving many more text messages, messages that he never wanted or gave consent to receive.

To better understand what happened, let’s take a brief moment to discuss the rules on sending marketing text messages to consumers.

The Federal Communications Commission (FCC) bans text messages sent to a mobile phone using an autodialer unless the recipient previously gave consent to receive the message. There are a few exceptions including messages sent for emergency purposes.

Larson says he never consented to be added to a marketing list. That marketing list was supposedly maintained by Harmon Management Corporation and 3Seventy, Inc. Both companies are not exactly household names.

Under the Telephone Consumer Protection Act – TCPA, unwanted text messages are just like unwanted phone calls (sometimes called robocalls). Violations of the act carry a fine of between $500 and $1,500 per unwanted text or call.

Finding someone to take an individual case is difficult. As annoying as those text messages can be, most lawyers don’t feel that a single case is worthwhile. In recent years, these cases have also become tough to prove. The law says the plaintiff – the person bringing the lawsuit – must show that the call was made by an autodialer and that there was no consent.

While everyone knows that these marketing companies aren’t employing thousands of people to send individual text messages, the burden of proof is on the recipient of the text to prove an autodialer was used. It’s possible to do but too expensive for a single case.

In a class action, the person filing the lawsuit brings the case on behalf of herself and everyone else who may have received similar unwanted text messages.

Once the case was filed, Harmon and 3Seventy attempted on four separate occasions to stop or dismiss the case. Tens of thousands of documents were produced. While the final motion to halt the case was pending, a mediator helped the parties reach a settlement.

Settlements are common in TCPA cases. Defendants could go bankrupt if they lose and have to pay everyone $500 per call or text. (In this case, 17,439 people joined the class. Even if each only received one unwanted text message and the minimum damages were applied, both companies could have owed $8.7 million. If each person had received an average of 10 unwanted spam texts, the damages would be approaching $90,000,000.00!)

At the same time, consumers could have easily lost. Did Larson implied consent by sending his number to A&W in return for a free burger? Could anyone prove that the texts were sent by an autodialer? (The technical rules on autodialers are currently in a state of flux.)

As we said earlier, most people can’t find a lawyer to take a single case. In the A&W case, 17,439 people opted in and just 4 opted out.

Ultimately, each person who joined the class will receive $157 dollars. Larson received an extra $10,000 from the court for bringing the original lawsuit. That buys a lot of papa burgers!

3Seventy was dismissed from the case. Harman also agreed to insure that it has proper consent before sending future text messages.

I Am Getting Unwanted Text Messages, What Should I Do?

To answer that question, let’s start by discussing what you can do to avoid getting spam texts. The FCC says that there are several things consumers can do to help avoid unwanted texts.

First, do not respond to unwanted texts from questionable sources. Once you respond, you have verified that you have a working number. Unscrupulous marketing companies sell lists of working numbers to other fraudsters and scam companies.

Next, several cell providers allow you to block the sender by forwarding unwanted texts to 7726 (the letters stand for “SPAM” on a telephone keyboard).

If you opt into a marketing campaign, understand the terms. In Larson’s case, that may not have helped since he claims he was never told that he was consenting to future text messages.

Finally, see if there is a way of opting out if you find yourself bombarded by unwanted texts. Legitimate companies will offer a STOP or opt out feature. Once again, not all companies honor those opt outs.

The Dirty Secret about Spam Texts

Believe it or not, we can’t take action on many of the complaints we receive from consumers. There are several reasons for that.

First, many of the truly illegitimate marketing companies spoof the identity of real companies. Did you get an unsolicited text about health insurance, amazon gift card or a hotel vacation? There is a real chance that the message isn’t coming from Blue Cross, Amazon or Marriott. The really bad companies simply take the names of honest businesses in an effort to gain legitimacy.

Second, the really bad operators are hard to prosecute. Running a spam operation requires a computer and some software. In fact, a smartphone can be programmed to become an autodialer. And single autodialer can send millions of sequential text messages. Even if we find the company, what have we found? A closet with a couple pieces of hardware? Its not worth anything.

Finally, some of the real bad operators aren’t even located in the United States. Using the internet, they can send messages anywhere in the world by broadband.

As annoying as spam text messages and robo calls are, we are often able to fight back. Recently we settled with a mortgage company that made thousands of calls to homeowners seeking to have them refinance. Some of the people getting those calls didn’t even own a home!

To learn more about fighting back, visit our TCPA robocall cornerstone content as well as our original spam text blog post. Ready to see if you have a case? Contact us online, by email or by phone at 202-800-9791. All inquiries are protected by the attorney – client privilege.

Do you work at one of these companies and believe the company is wrong for spamming people? We would love to hear from you confidentially and off-the-record.