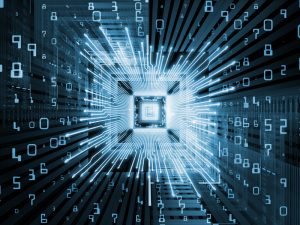 Did You Buy an Alienware Area 51 R1 Gaming Laptop Thinking It Was Upgradeable? Join Our Alienware Class Action Investigation

Dell launched the Alienware Area 51m R1 gaming laptop in January of 2019. These machines cost thousands of dollars but many gamers were attracted to Alienware’s top performance and the promise of what Dell called “unprecedented upgradability.” Dell’s advertisements suggested its its core components – the CPU and the GPU – were fully upgradable.

Dell marketed this unprecedented upgradability as a ground-breaking feature because the ability to upgrade these components was previously limited to just desktops.

Recently Dell announced the June 2020 release of a 2nd Generation, upgradable, gaming laptop known as the Alienware Area-51m R2.  As expected, it the new machines are packed with the latest hardware available including the 10th Generation Intel CPU.  Unfortunately, owners of the prior generation Area 51m R1 systems learned they were not able to upgrade their machines with the newest CPU and graphics processor. This has caused widespread anger and confusion among owners of these 1st Generation machines.

A recent article from Extreme Tech says it best,

“Dell demonstrated an astonishing amount of chutzpah today when it unveiled a second-generation Alienware Area-51m — and declared that whoops, the first-generation of the ‘upgradeable’ laptop isn’t actually going to be upgradeable after all. The company has officially stated that: ‘Area-51m R1 only supports GPU upgrades within its current generation of graphics cards…

“I refuse to let Dell even a little off the hook for this. The company communicated that it would provide further upgrades, and it knew damn well that ‘upgrade’ is generally read to mean ‘components introduced after the laptop’s purchase date,’ not ‘alternate hardware I could have bought at the time, but didn’t.’ This was a laptop specifically and directly sold on the promise of offering a compatible platform for future hardware.”

Gamers who prefer to game on a Notebook and purchased the Alienware Area 51 m R1 are essentially locked into the device’s original configurations.  They can’t upgrade their CPU or the GPU and have no choice but to purchase to shell out thousands of dollars for an entirely new device with the newer, more advanced components if they wish to play the newest titles.

Customers that paid well over $3,000 and even $5,000 for the Alienware-Area 51m R1 just months ago are finding their machines are obsolete and not upgradeable as advertised.

With the upcoming June 2020 release of the Area-51 R2, Dell Alienware has confirmed that the prior generation R1 is not upgradable.

We believe that Dell has falsely represented  that their Alienware M17 R1 gaming laptop is upgradeable. Dell may be liable for a breach of warranty.  We also believe they have engaged in deceptive business practices which are illegal in many states. Purchasers who relied on these upgradeability claims and on Dell’s advertising campaign may be entitled to significant cash damages.

One Dell Alienware ad that we saw says,

BREAKING NEWS: After hearing from many Alienware Area 51m users, we have expanded our class action investigation to also include overheating and performance issues.

Alienware isn’t the first company to mislead gamers. In 2017 a class action was filed against Micro-Star International and MSI Computer Corp. for misleading ads. The company claimed its gaming laptops were advertised as having upgradeable GPUs. Two men who had each purchased an MSI laptop learned that when a new model was released, their machines were not upgradeable.

Like in our Dell Alienware Area 51 investigation, the two men who purchased MSI gaming laptops did so because of advertising claims. MSI alleged produced promotional materials that falsely claimed,

“MSI is the first and the only one in the market to offer MXM Graphics Card Upgrade Kit, making the dream of future updates come true. Whenever the next generation GPU is out in the market, you get to experience the most up to-date gaming effects by simply replacing the GPU module.”

Sadly, the gaming industry has had a long tradition of taking advantage of consumers by advertising and selling products that don’t do what the sellers claim they can do. We are investigating Dell in connection with the sale and marketing of the Alienware Area-51M R1 product line, and specifically for the company’s refusal to offer refunds, credits, exchanges, or to do anything at all to help those who spent several thousand dollars to purchase a laptop that Dell told them was upgradable.

If you have tried to receive a refund and were denied or have any information regarding Dell’s sales and marketing practices regarding the Area-51M R1 product line, please contact us online, by email . We cannot accept phone calls on consumer class action cases.

When writing us, please let us know the following information:

Presently we intend to bring Alienware class actions in those jurisdictions where state unfair and deceptive trade practices laws permit. We intend to seek damages or an order requiring Dell to replace the R1 laptops with the newer Alienware Area 51m R2 2nd generation machines.