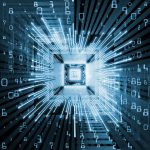 For well over a decade, Dell’s Alienware Area 51 gaming systems have been plagued by reports of overheating. With just days until the new Area 51m R2 laptops are released, owners of the first generation Are 51m R1 machines are outraged by overheating problems. With some gaming laptops costing over $5,000, owners of these defective machine certainly have the right to be upset.

In May we launched an investigation to Dell’s failure to deliver on the R1’s promise of “unprecedented upgradability.” Dozens of owners have contacted us to complain how they were unable to upgrade the core components of these devices, the CPU and GPU. As we began talking to these owners, we realized that many report overheating problems.

If you want to know what folks are saying, look no further than Dell’s community forum:

“Illicit” wrote in May,

“I’ve been using the Alienware Area-51m for a long time now and feel it heats up way past normal. Specially along the panel adjacent to the power button, which is understandable since the Heat sink lies below. But also on the palm rest area on for the left hand which you would normally use to access the WASD keys (as a gamer). It gets so hot that I cannot keep my hand there for more than a few minutes. To counter this, I have to always keep the Air Conditioner in my room running…

“I’ve attached a screenshot showing CPU temperatures soaring well above  90 degree C even when the load is not that high.”

Another user wrote that same month,

“I bought mine a year ago and have the same problem for a long time… Still, it often ends with a throttling and sometimes with a blue screen of death and/or simple system shutdown even with all fans on. And it gets really hot.”

And yet another user said in the forum,

“I have a 1 year old m15 r1 but had the same overheating problems. CPU temps during gaming were 100 degrees without fail. Area around power button became almost untouchable. Could feel the heat through the AWSD keys. Graphics and CPU freezes were common.

Just took the heat sink out and the thermal paste was dry and flaked off in chunks except in the very center of the CPU and GPU. Also has oxidized fingerprints on the heat sink copper directly over the chip contact areas…”

Dell’s support team says, “Avoid running Alienware continually for longer time.” That is not a helpful solution for someone paying thousands of dollars for a machine that shouldn’t overheat.

One user told us that all firmware versions greater than 1.5.0

“have been crippled by Dell to reduce performance of the machine and lock the thermal limit at 75 celsius which causes most if not all current gaming software to stutter and slow down when the laptop temp reaches 75 as the thermal controls lower the speed of the GPU from 1700 down to 300 in attempt to lower the heat.

“At release and for a short time afterwards, some machines were burning up specifically the MOSFITS used were not of sufficient tolerance for the voltages going through them, it APPEARS that instead of fixing the engineering issue or upgrading the poor quality MOSFITS used on the motherboard, Dell appears to have made the questionable decision to lower the performance and consequently the heat generated by locking the thermal limit setting to 75C to avoid more burned units and the cost of repair of every already sold and to be sold Area51m.”

There seems to be a common theme here… one that certainly warrants more investigation.

The earliest reports we have found of overheating go back to 2008. There is no reason why 12 later people are still having the same problems.  And if the reports we are hearing are correct, Dell simply throttled back the performance of their top of the line Area 51m R1 laptops instead of fixing the problem.

It appears that many users are forced to choose between slow performance or machines the “blue screen of death.”

Mahany Law in cooperation with our partners at Hochfelsen Kani have now expanded our class action investigation to include overheating and resultant performance issues.

Dell launched the Alienware Area 51m R1 gaming laptop in January of 2019. These machines cost thousands of dollars but many gamers were attracted to Alienware’s top performance and the promise of what Dell called “unprecedented upgradability.” Dell’s advertisements suggested its core components – the CPU and the GPU – were fully upgradable.

Today we believe that the performance of these top end machines aren’t as advertised, that many machines overheat or burn up and that the promised upgrades have never materialized.

While we hope the new 2nd generation machines being released by Dell this month will be much better, owners of the Area 51m R1 are entitled to everything they were promised.

Depending on where you live, Dell may be liable for a breach of warranty and breach of warranty of fitness for a particular purpose (lawyer speak for the concept that the laptops do not perform as advertised).  We also believe Dell has engaged in deceptive business practices which are illegal in many states. Purchasers who relied on these performance and upgradeability claims and on Dell’s advertising campaign may be entitled to significant cash damages.

Sadly, the gaming industry has had a long tradition of taking advantage of consumers by advertising and selling products that don’t do what the sellers claim they can do.

If you are an owner of one of these devices and have problems due to overheating, problems with the performance of the laptop (not meeting specs) or have been harmed by the inability to upgrade the core CPU and GPU components please contact us online, by email . We cannot accept phone calls on consumer class action cases.

When writing us, please let us know the following information:

PLEASE NOTE: We need your help! We are still looking for the purchaser of an Area 51m17 R1 laptop that has the original materials that came in the box with the laptop.

Presently we intend to bring Alienware class actions in those jurisdictions where state unfair and deceptive trade practices laws permit. We intend to seek damages or an order requiring Dell to replace the R1 laptops with the newer Alienware Area 51m R2 2nd generation machines.