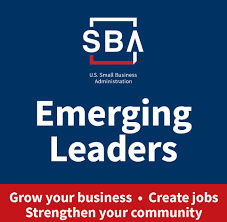 [Updated August 2021] We are not big fans of the billing practices of big defense contractors. We need the products they sell but the prices they charge seem outrageous. Most people probably remember the scandal when the Defense Department was paying $14,000 for toilet seats and cups for $1,280. The greed doesn’t stop there. A Virginia Beach, Virginia based defense contractor that already receives billions of dollars in taxpayer funds thought it needed Payroll Protection Program monies set aside for small businesses.

Our story below about Atlantic Diving Supply is a segue into the much bigger world of PPP fraud. How big? An August 2021 study by the University of Texas estimates there is $76 million in fraudulent PPP loans. More on that below.

Atlantic Diving Supply sounds like a little mom and pop operation but its not. In the post 9/11 world the company became a big player in the military gear industry. Federal Small Business Administration rules say that in order to get small business set aside contracts, a company can’t have more than 500 employees.

Many believe that Atlantic Diving Supply has been skirting those rules. In 2017, the company paid $16 million to settle claims that it used a network of affiliates to circumvent the small business size and headcount requirements.  According to the Justice Department,

“In order to qualify as a small business, companies must meet defined eligibility criteria, including requirements concerning size, ownership, and operational control. The settlement with [Atlantic Diving Supply “ADS”] resolves allegations that ADS, together with several purported small businesses that it controlled, fraudulently induced the government to award certain small business set-aside contracts by misrepresenting eligibility requirements. The purported small businesses affiliated with ADS include Mythics Inc., London Bridge Trading Co. Ltd., as well as MJL Enterprises LLC, which falsely claimed to be an eligible service-disabled veteran-owned company, and SEK Solutions LLC and Karda Systems LLC, both of which falsely claimed to qualify as socially or economically disadvantaged businesses under the Small Business Administration’s 8(a) Business Development Program. ADS and its affiliates allegedly concealed the companies’ affiliations with ADS and knowingly made misrepresentations concerning the size of the businesses and their eligibility as service-disabled or 8(a) qualified businesses.”

If that wasn’t enough, prosecutors also say that Atlantic Diving engaged in “illegal bid rigging schemes” designed to inflate the prices charged to the government under its contracts.

Who is hurt by these small business schemes? Legitimate small businesses. Congress has long recognized that small businesses are the backbone of our economy and has sought to require a percentage of government contracting work be awarded to small or disadvantages businesses and those who choose to locate in areas of high unemployment.

The case was brought by a whistleblower who received a $2.9 million reward. More on rewards below.

The case against Atlantic Diving Supply didn’t end there. The government continued to pursue claims against the supposed affiliates and the individuals behind the scheme. Ultimately, the government collected approximately $37 million in total.

Where did the money go? According to the whistleblower, CEO Luke Hillier used the SBA money to purchase a 17,158 square foot ocean front home. That is quite a difference from the trailer home he previously lived in. He also used the money for a couple planes and a jet, two big yachts and a Ferrari. For good measure he purchased a second ocean from home, this one costing a mere $4.75 million.

We have no problem with rags to riches stories. In fact, it is one of the things that makes America such a great country. What he don’t like, however, are people who build their fortunes through fraud, illegal behavior and our tax dollars!

Did Atlantic Diving and Hillier learn their lesson? We don’t think so!

After the coronavirus pandemic threatened to close many businesses, Congress and the Administration passed emergency legislation that allowed small business to quickly borrow money. As long as the money was mostly used for payroll, the loan was forgivable meaning it did not have to be repaid.

Businesses loved the PPP because it allowed them to keep their folks employed. As noted above, however, the PPP program is geared towards small businesses.

The Project on Government Oversight (POGO) reports that Atlantic Diving Supply is at it again. They say the company already received $1.25 billion in tax dollars and that was just in the first few months of 2020. Not satisfied, ADS apparently wanted more so they applied and received a PPP loan of between $2 and $5 million dollars. Apparently two of its so called affiliates also applied for and received PPP money from taxpayers.

Hopefully the feds can claw back that money. Just paying it back isn’t enough, however. Taking taxpayer funds shouldn’t be like a game of baseball. Hillier and Atlantic shouldn’t get another chance. No three strikes. We hope the company is debarred from future government contracts.

Assuming it isn’t, we hope that more whistleblowers come forward.

How Big Is the PPP Fraud Problem?

A study released by the University of Texas pegs the amount of PPP fraud at $76 billion. In the perfect world with triple damages, if everyone who obtained fraudulent PPP loans was caught, the potential rewards would be between $34 billion and $68 billion. Obviously, not everyone will get caught, some will go to prison, some will be caught by the government without the assistance of a whistleblower and sometimes, the money will simply be gone.

According to the study, many of the rewards were processed by online lenders and fintech companies.

Some of the badges of fraud include:

Since we first posted this story, federal prosecutors have arrested more than 160 borrowers in connection with fake loans.

Anyone misusing federal funds or gaining eligibility through fraud is subject to prosecution under the federal False Claims Act. That law not only provides for triple damages, it also allows whistleblowers who report these violations to receive a reward of between 15% and 30% of whatever the government collects from the wrongdoers.

We have no evidence that Atlantic Diving is currently involved in other fraudulent activity. We certainly have our suspicions, however. Whistleblowers who step forward with inside information about fraud are the new American heroes. They are not only entitled to rewards but also protection against retaliation.

If you have information about PPP or any other abuse of Coronavirus relief funds, you may be entitled to a reward. To learn more, visit our False Claims Act information and PPP fraud pages. Ready to see if you are eligible for a reward? Contact us online, by email or by phone 202-800-9791. (We accept cases nationwide. All inquiries are protected by the attorney – client privilege and kept confidential.)