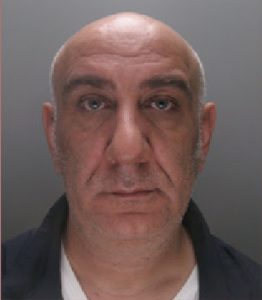 (Editors note: One of the best investigative journalists in the business is David Marchant. This story was first reported by David.)

British citizen Sencer Sevket formed a mutual fund in the Cayman Islands after a U.S. federal court issued a warrant for his arrest on charges of investment fraud and despite an unpaid $21 million dollar judgment from US Bank.  How does this happen?

According to the warrant issued by the U.S. District Court for the District of South Carolina, Sevket solicited $10 million from a U.S. investor and promised a “risk free” profit of $40 million after the first day and a 50% rate of return thereafter.  The warrant was issued before Sevket opened the fund.

If the warrant and allegations of wrongdoing were not enough for Cayman authorities, his record of unpaid obligations should have been another clue. In May of 2006, US Bank NA obtained a $21 million judgment against Sevket and his now defunct business, Target International.

Five years before that, the feds obtained a court ordered asset freeze against Target after the company falsely promised investors 6% monthly returns.

Prior to finishing this story, I obtained a copy of a decision from the U.K.’s Financial Service Authority which found “serious concerns” with Sevket’s “honesty, integrity and reputation.” That document was a bit difficult to locate because Sevket uses an alias, Sendjer Shefket.

In the interest of fairness and transparency, Sevket apparently claims he mistakenly wandered into a meeting that was really an FBI sting. He was never convicted of the US charges, according to online court records he was never served with a summons or captured for those charges. His involvement with the Cayman fund also cannot be directly confirmed because of banking secrecy rules but the addresses, domain name registration, telephone numbers and a now deleted LinkedIn profile clearly make the connection.

Whether or not Sevket is a crook, an innocent victim who wandered into an FBI sting or a financial genius who can generate a 400% risk free return overnight is not the point of this story. For financial markets to operate effectively, participants need to have confidence in those markets and the people regulating them.

In 2013 that the warrant against Sendjer Shefket a/k/a Sencer Sevket was dismissed without prejudice. The criminal complaint against him now appears sealed.

That didn’t stop the Brits from sentencing Sevket to 7 years in prison for a phony movie loan scheme. He was sentenced in 2013. A 2017 article in Politico claims he may have ties to money laundering for the Iranians. They called him a “serial swindler… with a long record of malfeasance.”

With the exception of the UK prosecution, we are not aware of any other convictions. The purpose of this article isn’t to label Mr. Shefket as a criminal, it is to highlight the importance of due diligence before doing business with people in the offshore finance world.

In August 2020, Marchant’s publication Offshore Alert reported that Sevket or Shefket is now out of jail and is using yet another name, Sencer Orhan. What is he doing now? Our guess is that he is once again raising money. Marchant says he has reportedly gone into business with the ruling family of Abu Dhabi.

Whatever his name is today, we hope anyone investing does due diligence before handing over their hard earned money.

Importance of Due Diligence

We live in a global economy with many multinational banks, mutual funds and investment companies. In any economy, there will always be frauds and criminals. But with the amount of information that is available today with a simple Google search, fraudsters should not be able to simply pack their tent and set up shop in another country. Nor should they be able to simply change their name and gain a clean slate.

The U.S. Securities and Exchange Commission can barely keep up with fraud that is purely domestic. Once players begin moving across international borders, the regulatory framework gets even more shaky.

The SEC’s mission statement is straightforward, they “protect investors, maintain fair, orderly, and efficient markets, and facilitate capital formation.”  The SEC’s equivalent in the Caymans is the Cayman Islands Monetary Authority which pledges to regulate and supervise financial services and assist overseas regulatory authorities. These mission statements sound wonderful but the unfortunate truth is that financial regulators can’t even keep their own houses in order. A simple records check might have prevented Sevket from opening up a new operation or at least prompted a more thorough investigation.

Unfortunately, stories like this one are every day occurrences.

Going after fraudsters who are hiding in foreign countries is primarily a police matter. Even if we can find them, collecting offshore assets is difficult and nearly impossible if the fraudster is in prison. Banks, lawyers and auditors all have potential responsibility, however, if they aided and abetted the fraud.

In our experience, a little bit of due diligence before investing is much easier than chasing fraudsters across the globe in an effort to recover money lost.

We are not an international asset recovery firm. If you lost money in a complex international money laundering scheme, however, we may be able to help if a bank, auditor, stockbroker or lawyer were involved in the process. Our minimum loss amount is $1 million but we will consider class action cases where appropriate.

UPDATE: In March and April of 2021 we received cease and desist letters from Mr. Sevket a/k/a Orhan. Our policy is to correct mistakes we have made in a post. In this case, we are not making corrections to our post.

According to Sevket’s April 24th letter,

“As you are aware the FBI complaint was dismissed against me in 2007.  The US complaint issued on March 7th, 2003 was NEVER SERVED, nor was I ever asked to surrender myself, nor was I ever a fugitive/wanted or arrested or charged by the FBI.

The USD21m civil case referred to in your article is misleading and NOT TRUE. There was never a USD21 judgement registered against me. Nor do I have any links to Iran’s for money laundering (There is no evidence of this anywhere).”

Our post correctly states that the U.S. criminal case was dismissed and the complaint is sealed. Last we checked, the U.K. criminal docket was not sealed. The point of our story was never the guilt or innocence of Sevket. Rather it is the importance of knowing who you are doing business with. The importance of good due diligence.

Under our Constitution and system of government, all persons accused of crime are innocent until proven guilty. We do not suggest that Sevket is a criminal in the United States.

More problematic is his statement that there was never a $21 million judgment against him. We have a copy of the judgment from the United States District Court of the Western District of Washington (Tacoma WA). To be precise, the judgment against Sevket was $21,144,657.53 (including interest). We stand by our statements.

Mahany Law is a boutique law firm concentrating in fraud recovery, lender liability and whistleblower cases. We accept case on a national basis. For more information, visit our investor fraud information page. Ready to see if you have a case? Contact Brian Mahany 202-800-9791 or through our website. All inquiries are protected by the attorney – client privilege and kept confidential.

*image of Sencer Sevket appeared in squaremilenews.blogspot.com
Share: Share on FacebookShare on TwitterShare on LinkedinShare by Email