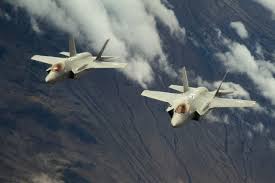 Whistleblower lawyers have long known that bribing foreign public officials can lead to cash rewards under the Foreign Corrupt Practices Act. That law gives the SEC the right to pay whistleblower rewards in certain circumstances. But what about companies that bribe American officials in order to obtain a competitive business advantage? Can whistleblowers receive cash rewards for turning in these companies? A case in San Antonio, Texas finally answers that question.

Justice Department officials this week announced that QuantaDyn corporation and its president, William Dunn, settled charges them of bribing a U.S. Air Force official to help win contracts for simulation systems. QuantaDyn agreed to pay $37,757,713.91 to settle both criminal and False Claims Act charges. Dunn will pay $500,000 for his role in the scheme.Court records suggest the misconduct began as early as 2007. In that year QuantaDyn was awarded a $4 million contract to deliver simulators to help train pilots with air refueling operations. QuantaDyn continued to get contracts thereafter either as a direct contractor or sometimes as a sub.

Federal law makes it a crime for public employees to use their office for their own personal gain. It is also a crime “for anyone to corruptly offer, promise, or give a thing of value to a government employee with intent to influence an official act; to influence the public official to commit or facilitate in any way a fraud on the United States; or to induce the public official to violate his lawful duties.”

Although Ward was not charged criminally, several other individuals including government contracting officials and QuantaDyn itself were charged with criminal conspiracy to defraud the United States government.

To hide their crimes, prosecutors say that the defendants created phony companies to disguise the bribes being paid by QuantaDyn. Anyone auditing the company’s books would see checks to various engineering companies.

Like most criminals, it appears the players got sloppy. The indictment says at one point a senior Quantadyn official sent an email to Seguin regarding an upcoming simulator contract. In the email he said the contract was “our last chance to make money. Let’s go out with a bang.”

If QuantaDyn wanted to go out with a bang, their wish was granted. The company, Keith Seguin and two others were indicted by a federal Grand Jury last October. When the indictments were announced, an IRS official said,

“Government contracts are designed to support the missions of the United States armed forces and are vital to our people. It is not a slush fund for thieves and fraudsters. Those who illegally target our nation’s tax dollars for personal financial gain, as in this case, will be prosecuted and face the consequences of their actions.”

*Seguin and the other individuals have not been convicted and are presumed innocent until proven otherwise.

The primary whistleblower reward law traditionally used in bribery cases is the Foreign Corrupt Practices Act (FCPA) and not the False Claims Act. The Act is administered jointly by the Securities and Exchange Commission and the Department of Justice. For whistleblower reward purposes, the FCPA only pays rewards in non-criminal cases involving the bribery of foreign government officials and only then if the company involved is registered with the SEC. The latter provision excludes most privately held businesses.

The prosecution of QuantaDyn as both a criminal and False Claims Act prosecution opens a new door for whistleblowers. Payment of bribes to a U.S. official may be the basis of a whistleblower reward if the purpose of the bribe is to secure a government contract or defraud a government program. It doesn’t matter if the company is a private company or public.

Passed in the 1860’s during the U.S. Civil War, the False Claims Act pays whistleblowers between 15% and 30% of whatever the government collects from wrongdoers. In the QuantaDyn case there was no whistleblower so there is no one to receive a reward. Had there been a whistleblower, however, a reward of at least $6 million would have been likely plus an additional $75,000 reward from Ward.

To qualify for a reward, one must have inside information about a fraud involving government funds or programs. The False Claims Act requires you have a lawyer and file a sealed complaint in federal court. While your complaint is being investigated it remains under seal meaning it remains secret.

Ultimately the government must intervene and take over the case, ask the court for it to be dismissed or allow your own attorney to prosecute in the name of the government. The rewards are higher (25% to 30%) if your own lawyer prosecutes. Each year the government collects billions of dollars from actions brought by whistleblowers.

Retaliation against whistleblowers is illegal and can result in double lost wages, future wages and legal fees. Often if you are discovered to be the whistleblower, the company will place you on paid administrative leave while the fraud case is being litigated and afterwards negotiate a separate settlement on the employment claims.

Many whistleblowers simply leave after finding new employment while the case is still a secret and their identity is not known.

Do You Have Information About Bribes Paid to Government Employees?

Obviously, bribery is illegal. As this case points out, whistleblower rewards are available assuming the bribe was made in connection with a government program or project.

Right now, the allegations against Keith Seguin are just that, allegations. We don’t think he is the first government official to ever to be accused of taking a bribe, however. If you have information about officials taking bribes or the companies that pay them, you may be eligible for a large cash reward. By doing so, you are taking a stand against greed and corruption.

This story dealt with bribery of a U.S. Air Force official. The False Claims Act is a federal law that pays rewards when the U.S. government is ripped off. Several states such as California, New York and Illinois also have similar laws. Do you think there has ever been a Chicago or New York City official who accepted bribes? There are countless whistleblower opportunities out there.

Bribery doesn’t have to be the norm. We believe that most government officials are hard- working, honest public servants. There are a few bad apples, however, that act as a stain on all the others. Ditto for the companies that pay these bribes.

To learn more, visit our whistleblower reward FAQ and FCPA information pages. Ready to see if you qualify for a reward? Contact us online, by email or by phone 202-800-9791.  All inquiries are protected by the attorney – client privilege and kept completely confidential.