As whistleblowers lawyers, we prosecute Medicare fraud for a living. Our job is to stop the fraud and help our whistleblower clients get the maximum cash reward possible for their efforts. We have seen every billing scheme imaginable. Billing for services not provided, using unqualified therapists and sometimes billing for unnecessary services. The latter two can hurt patients. And then there is Dr. Donald Woo Lee.

Words don’t begin to describe his bizarre behavior. We will just call it disgusting. Dr. Lee was convicted of defrauding Medicare by repackaging single use catheters so they could be reused on patients. Thats right, reusing catheters!

Lee won’t be sentenced until next year but in the interim, U.S. District Court Judge George Wu made him surrender his medical licenses immediately. His former patients in Southern California should rejoice at that news.

Here is the story… (You may not want to read on a full stomach.)

Dr. Lee is a licensed physician in California (or he was until October 18th) that operated two medical clinics, one in Temecula and one in Mira Loma.

Patients with varicose veins often have “venous reflux” which causes the blood to pool in the lower legs. That can lead to a many different complications. In severe cases, patients can lose their ability to walk.

Physicians use a procedure called vein ablation to treat varicose veins. That involves threading a catheter into the vein and then sending ultrasound waves to collapse the vein. The body then finds new, healthier veins to distribute blood.

Sometimes instead of ultrasonic waves, the physician uses the catheter to introduce a chemical or mechanical process to destroy the problematic vein.

The catheters are single use. These devices aren’t easy to sanitize so they are used once and thrown away.

If you think you know where this story is headed, you are probably half right.

The FDA says that catheters can only be used once. And that makes sense. Investigators say that Dr. Donald Woo Lee was reusing the catheters. A doctor that was already making millions decided to endanger patients and reuse patients simply to pocket a few more bucks.

Medicare was paying for new catheters for every procedure yet prosecutors say that Lee was reusing them.

We have found that once a thief always a thief. And Dr Lee was no exception. Investigators found all sorts of methods by which he was defrauding Medicare. By defrauding Medicare, we also mean defrauding taxpayers since you and I pay for Medicare with our tax dollars.

The indictments against Lee outlined a range of fraudulent practices, some of which were dangerous to patients.  According to the Grand Jury, 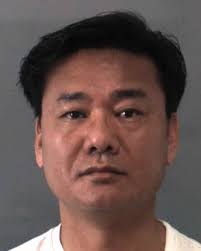 Lee exercised his Constitutional right to a trial. And after a short deliberation, jurors convicted him of adulterating a medical device and healthcare fraud. The adulteration charge related to packaging used catheters for reuse on patients.

Sentencing will be in March. He faces several decades in prison, although under federal sentencing guidelines, we estimate a sentence of 10 years.

A federal judge can’t take away a physician’s medical license, that is up to the state since medical licenses are typically used by the state board of medical examiners. Judge Wu was creative, however. He indicated that if Lee wished to remain out of jail while awaiting sentencing he had to surrender his medical license. He also ordered Lee to notify his patients.

Lee Has Prior Misconduct Allegations

Everyone will always Lee as the guy who was accused of reusing catheters. Long before his indictment and subsequent conviction, however, Lee has been floundering.

In 2011, the Medical Board found he was negligent in the treatment of patients. He was placed on five years probation after regulators found he “committed gross negligence, repeated negligent acts, dishonest acts, alteration of medical records, [and] a willful or careless disregard for the health, welfare or safety in the care of … patients.”

Did he learn from that? No. Just a few months later the state was after him again, this time for using an X-ray bone densitometry scanning machine in his office. Doctors can have them but the State of California says that the operator of the machine must be properly trained and licensed.

What did Lee do? He allegedly paid his buddy Dr. Chan to “loan” him his fluoroscopy license for $1000. That is no more legal than me paying a Delta Airlines pilot $1000 to use his license and fly a 737.

Wait, there is even more. Media reports also say that Dr. Lee was arrested on state felony charges. He was charged with 55 counts of money laundering and grand theft. From what we know, the charges have nothing to do with Medicare fraud or reusing catheters. Instead they are related to defraud lenders of $3 million in medical equipment.

We don’t know what happened to the state court charges in Riverside County. Obviously Lee was not in jail and was instead reusing catheters and bilking taxpayers at least through 2015.

There were plenty of warning signs with this guy. Unfortunately the medical board gave him plenty of chances, chances that he blew. When patient safety is involved, we rely on the medical board to do what is in the best interest of society. Here, we know from the indictment that for at least 3 years, Lee was actively defrauding Medicare. We suspect that went on much longer. And performing unnecessary procedures and reusing catheters not only is a Medicare violation, it also puts patients’ lives at risk.

We urge healthcare workers with knowledge of similar activities to step forward. The sooner we know, the sooner we can act. In a moment we will discuss the rewards that are available but we hope that concerns for patient safety will prompt you to act quickly.

We don’t know how Dr. Donald Woo Lee was caught. It may have been pure greed. He billed for so many vein ablations that his reimbursement requests practically jumped off the page.

Typically doctors engaged in Medicare fraud are caught because of whistleblowers, concerned healthcare workers who are tired of seeing greed, corruption and fraud. This is especially true when that greed and fraud endangers patient safety.

Under the federal False Claims Act, healthcare workers with inside information about billing fraud are eligible for large cash rewards. Whistleblowers can receive between 15% and 30% of whatever the government receives from the wrongdoer.

Whistleblowers are the new American heroes. Their actions help the government recover billions of dollars each year. If you have knowledge of Medicare fraud, call us. You may be eligible for a reward.

Calling a hotline or Medicare doesn’t get you a reward. The only way to collect a reward is by filing a complaint under seal in federal court. We can handle everything from investigating the claim to prosecuting the case. And you don’t pay unless we win.

To learn more, visit our Medicare fraud information page. Ready to see if you have a case? Contact us online, by email or by phone 202-800-9791. All inquiries are protected by the attorney – client privilege and kept confidential. We accept cases nationwide.