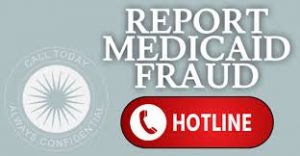 Traverse Anesthesia Associates and six physicians have agreed to pay $607,966 to settle claims filed by two whistleblowers under the federal and Michigan False Claims Acts. Those laws allow whistleblowers who report fraud involving Medicare and Medicaid to receive cash rewards. The two whistleblowers in this case he will share a reward of over $120,000.

A 1982 law, the Tax Equity and Fiscal Responsibility Act (TEFRA) establishes 7 requirements for billing anesthesia services. The person must:

The anesthesiologist who is billing Medicare or Medicaid must document compliance with the TEFRA requirements. That doctor cannot be supervising more than 4 procedures at any time. These rules allow non-physicians to provide anesthesia services but only with proper supervision.

CRNAs in most states can perform these same services but then they are the ones billing, not the doctor.

On the billing side, regulations allow the Certified Registered Nurse Anesthetists (CRNAs) to bill if they administered the anesthesia but their billing is at 50% of a physician’s rate.

So what happened at TAA? You probably already know what Bethany McKnight and Scott Stone said! “From on or about January 2, 2011, until his retaliatory termination on September 25, 2018, STONE rarely received medical direction from Defendants TAA [and the physicians].”

He also says he interviewed the patients, formulated the anesthesia plans, brought the patient to the operating room and anesthetized the patient for his/her surgical procedure. During the key phases of the anesthetic: “induction, maintenance, and emergence”, there was rarely a supervising anesthesiologist present.

As Stone began to investigate and ask questions, he learned that certain anesthesiologists were altering records including billing records.

Part of the billing concerns included the use of the “QZ” modifier code. This signifies that an anesthesiologist did not perform all of the steps required by TEFRA. CRNAs are allowed to use this code but not anesthesiologist assistants.

When Stone realized that the doctors were altering records, he began applying the QZ code on patients he saw when the supervising anesthesiologist wasn’t present, drafting treatment plans or otherwise complying with TEFRA.

He was instructed to stop adding the modifier code and told the billing staff would ensure billings were proper.

In 2015, Stone attended a TAA management meeting. The practice was considering the use of anesthesiology assistants. Unlike a CRNA, these paraprofessionals couldn’t administer controlled substances in Michigan. They also have less training.

Morale deteriorated after the practice decided to employ anesthesiology assistants. Stone says he and the other CRNAs were told they could resign if they didn’t like the decision to hire the assistants. Several did resign.

Stone met with the clinical operating room pharmacist at Munson Hospital, Jennifer Sterling. She shared Stone’s concern that anesthesiology assistants couldn’t have access to controlled substances. She told Stone that she was directed to ignore the law and provide access to these drugs. She quit. According the complaint, Sterling told STONE that the reason for her resignation was that she felt that she was being forced to illegally allow access to these drugs.

According to the complaint, “Sterling told STONE that the reason for her resignation was that she felt that she was being forced to illegally allow access to and dispensing of controlled substances to an unlicensed provider, which put her own professional practice license at risk.”

As the first assistant began work at TAA, Stone said serious patient care issues arose including a patient who was given a large dose of fentanyl. Stone later learned that assistant was listed on the charting software as a CRNA with charting and ordering privileges.

What was really going on? If Stone and McKnght are correct in their facts, the doctors at TAA wanted to have their cake and eat it too. They wanted the higher reimbursement rates but weren’t doing the work. When the CRNAs began to complain, they apparently thought they could bring in less expensive anesthesia assistants.

Stone and other CRNA began reporting their concerns to state regulators. In our experience, most whistleblowers report their concerns internally long before seeking outside assistance. This appears to be the case with Traverse Anesthesiology Associates.

In another familiar theme, Stone says that as he began making complaints, he suffered retaliation. In our experience that is not a coincidence. It is also why whistleblower retaliation is illegal under federal and state law.

The False Claims Act is the first line of defense against billing fraud. The law allows ordinary people – healthcare workers – to bring claims on behalf of the United States. Under the law, the government can recover triple damages and fines of over $20,000 for each false claim or bill submitted to the Medicare.  And the good news for whistleblowers, they can receive between 15% and 30% of whatever the government collects from the wrongdoers.

Billing fraud is included in the gambit of the False Claims Act. Stone and McKinley say that Traverse Anesthesiology Associates engaged in a variety of billing and Medicare fraud including:

On October 10, 2019, the U.S. Attorney’s Office in Grand Rapids announced they had intervened in the whistleblower lawsuit and settled with TAA. As noted earlier, the two whistleblowers will split a reward of over $120,000.

In announcing the settlement, the United States Attorney issued a release saying, “Those who provide medical services to Medicare beneficiaries and then bill for those services, must ensure compliance with Medicare’s billing requirements. My office investigates allegations of fraudulent billing and will enforce compliance with Medicare’s regulations. Billing Medicare for one level of service, while providing another, is exactly the type of activity that my office will aggressively pursue.”

Unfortunately, TAA issued a bizarre statement claiming to be a “victim.”

“TAA was the victim of allegations made by former Certified Registered Nurse Anesthetist employees, Scott Stone and Bethany McKinley, who term themselves as False Claims Act ‘whistleblowers.’ After being let go from TAA, these individuals made allegations regarding potential billing issues. Billing issues in healthcare are notoriously complex, and TAA adamantly disputes that there were any problems with its billings. TAA operates a robust compliance program. The Company disputes all of the claims made by ‘whistleblowers’ Scott Stone and Bethany McKinley. As the press release makes clear, the Company made no admission of liability, and these were allegations only. This was an economic settlement. The costs of proceeding to vindication at trial far outweighed the settlement amount. Settling allows the Company to put this issue behind it, and focus on its core mission of continuing to provide the highest-quality of anesthesia services to the community…”

Attacking the whistleblower is never good business. While there are two sides to every story, the Justice Department, Medicare and the Health and Human Services Inspector General’s Office certainly believed Scott and Bethany.

The claims of retaliation as outlined by the whistleblowers in their complaint is sadly common. But the attempts to drag the whistleblowers names through the mud is almost unprecedented. We are certainly interested in speaking with anyone at TAA that knows of other wrongdoing. Leadership of the practice hasn’t learned their lesson.

According to a trade publication, “the message that should be driven home to every anesthesiologist is this:  Whistleblowers are everywhere.  They may even be a fellow physician within your own group.”

According to his complaint, “Similarly, in fall 2010, Dr. (P.) billed for providing medical direction in two rooms when she wasn’t at the hospital. When Medical Director Sonya Pease (of TeamHealth) arrived for a surprise visit and Dr. (P.) was not in the hospital, (Mamalakis) had to call Dr. (P.) and inform her that she needed to return to the hospital immediately.”

We have investigated several Medicare fraud cases involving anesthesiology practices. From billing fraud to kickbacks to practices trying to use the “company model”for billing, we are always interested in helping concerned healthcare workers stop fraud. We also want to stomp out illegal retaliation such as that claimed by Scott Stone and Bethany McKnight.

To learn more, visit our Medicare fraud information page. Ready to see if you have a case? Contact us online, by email or by phone 202-800-9791. All inquiries are protected by the attorney – client privilege and kept confidential. We accept cases nationwide