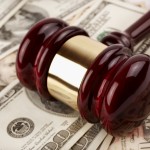 Paying Workers Just $4.20 Per Hour? Court Has No Sympathy for Owner of Phone Company

When we think of professional phone sex workers, we think of those last night infomercials. Beautiful women (men too), wearing sexy clothes and smiling while talking on the phone. It’s an illusion designed to get folks to pay as much as $5.00 per minute for a phone conversation.

Do the math… that is $300 per hour! Before you run off and sign up to be a phone sex operator, don’t expect to become rich. The same companies that exploit their customers also exploit their workers.

Recently we took a case against one of the big phone sex operators, Tele Pay, and its owner Juan Soto a/k/a Juan Ortiz. We teamed up with two other national lawyers, Joseph Tully and Bruse Loyd, to bring a class action against the company. (Bruse is currently representing a class of cheerleaders for the Texans NFL team.)

Although not the type case we typically take, we hate to see anyone take advantage of hard working people.

Individual workers often are overwhelmed by the prospect of filing a lawsuit on their own for unpaid wages or illegal working conditions. Prosecuting a company located in a distant state and with deep pockets can be intimidating. A class action, however, lets them join together with dozens or hundreds of other workers suffering a similar fate.

After a hearing last month, U.S. District Court Judge Andre Birotte Jr. ruled that Tele Pay was paying its phone sex operators just $4.20 per hour. A company that can make $300 an hour but only pay workers a couple bucks. That didn’t sound fair to us and thankfully the court agreed.

The court also ruled that the company failed to pay for “off the clock” work and to pay overtime pay for hours worked in excess of 40 hours.

Tele Pay’s website suggested that it was simply acting as a booking agent for the operators. Fortunately, courts don’t have to listen to a company’s simple explanations or labels. Whether or not your employer says you are an independent contractor or employee, courts must look to the actual facts and not mere labels. If you are an employee, you are entitled to minimum wage, pay for all hours worked and time and one half pay for all hours worked in excess of 40 hours a week.

Tele Pay says that it is a “booking agent offering its services to actors who seek to provide entertainment services.” The “services” it offers was allegedly “negotiating and booking engagements for the actors.” There was no negotiation. We claimed the operators were employees of Tele Pay hired to field calls on Tele Pay’s phone lines and engage in explicit chat for a fee paid directly to Tele Pay.

The operators also claimed that they were required to participate in training calls, company meetings and sit by their phone during their shift even if there were no incoming calls. Despite the company’s claim that it was a mere agent, the court felt otherwise.

Operators were paid just 7¢ per minute. Seven cents! If an operator could keep a caller on the phone for longer than 6 minutes, he or she could theoretically earn as much as 15¢ per minute. In reality, however, the operators believe that the company would place hang up calls to operators who were making “too much money”. The hang up would bring down the average call time ad keep the operator at 7 cents per minute.

The court ruled in our client’s favor and awarded full damages and attorney’s fees.

How Much Can I Get if my Employer Steals My Pay?

Under the federal Fair Labor Standards Act and similar state laws, workers are entitled to double lost wages, court costs and legal fees if they fail to pay overtime, minimum wage or pay for all hours worked. There are some exemptions for salaried workers, managers and certain professionals.

Wage theft has become a big problem nationwide. Companies often don’t pay workers for the time they spend booting up computers, attending training, or doing side work. Other companies falsely tell workers they are contractors or exempt so that they don’t have to pay overtime.

Under the Fair Labor Standards Act, these activities are illegal. Ditto for companies that don’t pay minimum wage.

If you believe you are the victim of wage theft, give us a call. We don’t take individual cases but if others are being treated the same way you are, we will consider the case. We take cases across the United States.

As the result of our action, Tele Pay has closed its doors. Hopefully no one else will be exploited by them. Companies that steal from workers and refuse to pay a poverty wage get no sympathy from us. After closing their doors, Tele Pay filed for bankruptcy protection. We are working with the court appointed bankruptcy trustee to better insure that all its claims are paid. The owner of Tele Pay, Juan Soto a/ka/a Juan Ortiz, has been ordered to personally pay the full measure of damages.

Getting paid by fly-by-night companies remains a challenge. If we can’t get every penny owed, we can at least try and force them out of business before others are hurt. It’s not just fringe businesses like Tele Pay that don’t pay workers properly. We are shocked to continuously find that multi-billion dollar companies like Wells Fargo also cheat their employees out of proper pay.

We haven’t printed the name of our client, the named class representative, to better protect her privacy. She is our hero, however, for stepping forward not only for herself but on behalf of all exploited women who worked for this despicable company.