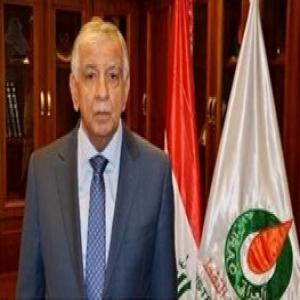 {Post Updated June 2019] In January, 2018, the Iraqi Oil Ministry announced that 26 companies have been approved to bid for Iraq oil and gas leases in the border provinces. The names of the companies have not been released although the ministry says they include American, European, Arab and Asian companies. Given the nature of industry and regional politics, we anticipate many whistleblower award opportunities will become available under the Foreign Corrupt Practices Act.

Iraq says it is opening up more fields for exploration including patches in Khadr al-Yam, Jabal Sinam and Faw (all located on the Iraqi-Kuwaiti border) and the plains located on the Iraqi-Iranian border in Sinbad and the Huweizah field. New drilling is also expected in Shiite Hawizah, Zarbatiya and Zarbatia and Tariq , Finally, the ministry says new fields will be opened near Mandali, the Habib installation, Tal Ghazal, Hattab, Nazardak, Saadia, Khana and Naudoman. As Iraqi security forces regain control of Kirkuk, we see additional foreign investment needed to repair the energy production infrastructure there.

The energy industry is notorious for bribery and official corruption. Getting permits in certain counties is certainly easier if you “grease the skids” and bribe officials to either look the other way or expedite permits.

Given the economic toll caused by the Gulf Wars and subsequent ISIS occupation, we anticipate that a number of Iraqi public officials will be eager to accept bribes

Foreign Corrupt Practices and the Iraq Oil and Gas Industry

TechnipFMC and its American affiliate, Technip USA, were fined $269 million over a foreign bribery scheme involving bribes paid to government officials in both Iraq and Brazil. TechnipFMC is an international oil and gas company headquartered in London.

The Justice Department also says TechnipFMC used an intermediary in Monaco to pay bribes to at least seven officials in Iraq’s Ministry of Oil.

Less than a decade ago in 2010 Technip SA paid $240 million to settle similar charges.

Technip’s CEO Doug Pferdehirt said, “This conduct dating back over a decade ago, taken by former employees, does not reflect the core values of our company today. We are committed to doing business the right way, and that means operating with integrity everywhere.” Of course, the company made similar statements in 2010 when settling the prior charges. Worse, the alleged criminal behavior in this case began before the last case was settled.

Just one week ago, TechnipFMC and US affiliate FMCTI (FMC Technologies Inc.) announced they had been awarded huge subsea contracts in Mozambique. We are of course investigating if those contracts involved bribery of government officials. If so, we suspect the companies will have used one or more intermediaries (often consulting firms) to hide the payments.

SBM is no stranger to allegations of foreign bribery. Also in November of 2017, two former executives pleaded guilty in a Houston federal court to violations of the Foreign Corrupt Practices Act for bribing government officials at Petrobras and at two African government owned oil facilities.

It’s not just the two former executives that are hot water of bribery involving Iraqi oil and gas deals. SBM Offshore N.V. and it’s U.S. affiliate, SBM Offshore USA, have reserved $238 million on their books to pay fines from a Justice Department action against both companies.

A Justice Department spokesperson said in connection with the criminal probe, “This corrupt scheme involved some of the highest-level executives within the company, spanned five countries, and lasted for more than a decade. The resolution announced today demonstrates the Criminal Division’s continuing commitment to work closely with our foreign partners to hold both companies and individuals accountable for their actions as we continue to level the playing field for ethical and honest businesses to compete in the marketplace.”

Court records reveal that the companies paid more than $180 million in “commissions” to intermediaries knowing that much of that money would be used to pay bribes to government officials in Iraq, Brazil, Angola, Equatorial Guinea, and Kazakhstan.  According to prosecutors, “SBM made these payments in order to influence those officials, for the purpose of securing improper advantages and obtaining or retaining business with state-owned oil companies in the five named countries.”

The U.S. fines are on top of $240 million of fines and penalties lodged by Dutch prosecutors for similar behavior.

The SBM case is a bit unusual in that the company originally self-reported its illegal behavior but later failed to cooperate in the investigation. Ultimately after a year delay SBM reportedly again began to cooperate.

Under new policies announced by U.S prosecutors, companies that self-report and cooperate receive much better deals and can often avoid prosecution.

Although the fines appear steep, the projects implicated in the bribery cases were worth at least $2.8 billion.

In 2010, Innospec Inc. pleaded to guilty to paying millions of dollars in bribes to government officials in Iraq and Indonesia. The bribes were paid to help the company keep its sales of lead to state owned refineries and oil companies in both countries.

The SEC’s complaint says Innospec’s internal controls and auditors failed to detect the illicit conduct. The company made illegal payments of more than $6.3 million and promised an additional $2.8 million in illicit payments to Iraqi ministries and government officials as well as Indonesian government officials. The contracts that Innospec obtained in exchange for the bribes were worth approximately $176 million.

The company also was paying kickbacks to Iraqi officials to participate in the Iraq Oil for Food program originally designed to help feed Iraqi families.  The SEC claims one internal Innospec email said, “We are sharing most of our profits with Iraqi officials. Otherwise, our business will stop and we will lose the market. We have to change our strategy and do more compensation to get the rewards.”

In addition to the kickbacks, the company also “paid lavish travel and entertainment expenses for Iraqi Ministry of Oil officials, including the seven-day honeymoon of one official. Innospec supplied mobile phone cards and cameras, and paid thousands of dollars in cash to officials for ‘pocket money.’”

In February 2019, the UK’s Serious Frauds Office (SFO) prosecuted David Lufkin, former head of sales at Petrofac. They say he helped Petrofac win Iraq oil and gas contracts as well as some in Saudi Arabia with a combined value of $4 billion.

According to a press release from the UK SFO, the Iraq oil and gas bribes involved:

Badra, Iraq
“Payments of approximately USD $2.2 million were ultimately made by Petrofac to two agents in respect of a USD $329.7 million Engineering, Procurement and Construction (“EPC”) contract on the Badra oilfield in Iraq (the “Badra Phase One EPC contract”) awarded to Petrofac in February 2012.

Corrupt offers of payments were also made to an agent to influence the award of contract variations to the Badra Phase One EPC contract, and for the extension of the Badra Operations and Maintenance (“O&M”) contract. Petrofac was unsuccessful in obtaining these contracts and no payments were made to the agent.

It’s not just Iraq oil and gas contracts. In 2011 Johnson & Johnson agreed to pay a fine (without a finding of guilt) related to pay kickbacks to Iranian officials in order to secure United Nations oil for food program.

In the SBM case, a Dutch company was accused of paying bribes to government ministers connected to Iraq oil and gas exploration. Because SBM has an American affiliate that was involved in the illegal conduct and because SBM offers its shares of stock on American stock exchanges, the government claims it had jurisdiction

Under the Foreign Corrupt Practices Act (FCPA), company officials and other insiders who are the “original source” of knowledge about foreign bribery schemes or their cover up can earn huge cash awards.  The SEC’s whistleblower program pays awards of up to 30% of whatever the government collects from the wrongdoers. (in the SBM case, that would have meant a whistleblower award of $71 million!)

Although post is directed at Iraq oil and gas deals, it’s obvious that foreign bribery and corruption takes place all over the world. If you have inside information about bribery of foreign government officials, give us a call.

(Please don’t use a work email address, phone or computer when calling us!)

MahanyLaw – Whistleblower Lawyers for the Oil and Gas Industry

Five men are behind bars after being convicted of blatant fraud against taxpayers and the United States. According to court … END_OF_DOCUMENT_TOKEN_TO_BE_REPLACED