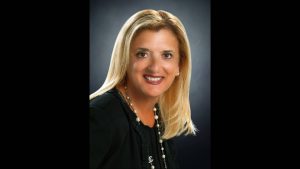 Updated April 2020. Healthcare fraud is a spectator sport in south Florida. We literally can’t keep up with the number of indictments, convictions and False Claims Act whistleblower cases involving healthcare in Dade and Broward Counties, Florida. Nothing surprises us anymore. But as jaded as we have become, the allegations swirling against Broward Health CEO Beverly Capasso caused our jaws to drop.

Broward Health is a publicly funded and operated hospital system serving the greater Ft. Lauderdale area. With 1529 beds and 1800 physicians, it is one of the ten largest public healthcare systems in the nation. We think it is also one of the most corrupt. We understand (but don’t condone) why for profit hospitals often go astray but there are simply no excuses for hospitals owned by taxpayers.

Until recently, Broward Health was known as the North Broward Hospital District. After a series of fraud related scandals, the system changed names. A simple name change didn’t do much for the culture of fraud, greed and corruption within the hospital’s top management, however.

Less than 2 years ago, Broward Health (then North Broward Hospital District) agreed to pay the Justice Department $69.5 million to settle charges that the hospital was paying kickbacks to doctors. The more patients referred to North Broward, the more referring physicians could expect in kickbacks.

The federal Anti-Kickback Statute makes it a crime to pay, offer to pay or receive anything of value in return for patient referrals. Congress believes that patient care decisions should be based on the best interests of the patient and medical necessity. Never should those decisions be based on who pays the most in kickbacks or bribes.

In announcing the prosecution of Broward Health, the Justice Department’s chief civil prosecutor said, “The Department of Justice has long-standing concerns about improper financial relationships between health care providers and their referral sources, because those relationships can alter a physician’s judgment about the patient’s true health care needs and drive up health care costs for everybody. In addition to yielding a recovery for taxpayers, this settlement should deter similar conduct in the future and help make health care more affordable.”

The 2015 case against Broward Health was filed by a concerned physician, Dr. Michael Reilly. For coming forward and reporting the fraud, Reilly received over $12 million in award monies.

Reilly came forward after seeing that certain physicians who referred certain types of profitable patients to the hospital were also paid more.

Six months after Broward Health settled with the Justice Department, the State of Florida demanded the healthcare system turn over $5.3 million to settle related Medicaid fraud charges. That settlement was in March of 2016. Despite being a public agency, Broward Health wouldn’t discuss the settlement with the press.

In March of 2016, Broward Health’s CEO, Nabil El Sanadi, MD, was found dead from a self-inflicted gunshot wound. Media reports say that a private investigator had come forward and claimed that Dr. Sanadi had hired him to examine improprieties at the hospital.

Since the death of Dr. Sanadi last year, there have been at least two interim CEOs. Both left after a short period.

The newest CEO was appointed in May of this year. Beverly Capasso had served on the Board of Directors of the hospital. She had just been appointed to the board by Florida Governor Rick Scott and was soon appointed as the newest interim CEO.

At the time of her appointment, the Florida Sun Sentinel questioned why Capasso was never fully vetted for the job. “Board members engaged in virtually no questioning of her background, her work experience or her likely approach to the job. No one asked whether anyone at Broward Health had talked with her previous health care industry employers about the quality of her work.”

The paper had good reason to be suspicious.

Capasso was apparently friends with Lynn Barrett, the general counsel of Broward Health. It is unknown if that connection helped her land her appointment by Governor Scott to the board of directors or her subsequent appointment as interim CEO. When questioned about the friendship, Barrett said, “I have a constitutional right not to answer.”

That’s not the kind of answer one would expect from a friend. And not the answer the public deserves.

Just eight weeks later, the New York Post and the Sun Sentinel today report that Capasso received her masters degree from an unaccredited and now defunct university identified by the feds as a diploma mill.

Does the hospital care? Apparently not. The board’s HR representative told reporters that her capabilities were more important than “a piece of paper”.

We disagree. A phony or worthless degree is evidence of extreme dishonesty. The board shouldn’t trust someone that clearly lacks the credentials to run one of the largest healthcare systems in the nation. And anyone that lies or misleads the public isn’t fit for any public position, especially CEO.

When we hear a story like this, it puts the 2015 and 2016 fraud settlements into context. Broward Health is diseased. It may have great physicians, nurses and other professionals but its management is corrupt. That’s our opinion, of course, but the facts don’t lead to any other conclusion.

Do you know that popular saying, “Just when you think it can’t get any worse?” Well at Broward Health things do get worse.

Since our last post, Hospital CEO Beverly Capasso was indicted for her activities at the hospital. An appointee of Governor Rick Scott, we were waiting to see if she stepped down. She didn’t.

The board, now down several members, looked at hiring a new CEO. Instead they gave a vote of confidence to Capasso. According to the Sun Sentinel, her indictment was not even discussed at the meeting. Phony degree, pending indictment and apparently unqualified didn’t deter the board. Her appointment was confirmed just days ago by a 4 to 1 vote.

Former board member Joseph Cobo said, “I have never, ever, in the 40 years I’ve been around this place, seen a staff more scared from the retaliation that has been occurring. You need a change. Yes, there are some very good people in this organization. But a lot of people have been hurt.”

Since we last wrote, Capasso wasn’t the only Broward Health insider indicted. Earlier in this post we described how board attorney Lisa Barrett invoked her 5th Amendment rights against incrimination when asked a question about her friendship with Capasso. She apparently had good reason to not answer questions as she was also indicted.

In addition to Capasso and Barrett, criminal charges are also pending against two of the board members and a former board member.

Barrett may have other problems as well. Allegedly an investigator hired to ferret out corruption within the hospital district accused her of obstructing an FBI investigation into the hospital by not turning over evidence.

So what happened next? Capasso’s $650,000 salary likely increased to as much as $1,125,000.00. It’s hard to calculate her salary as the hospital district, which receives tens of millions of tax dollars, told the Florida Bulldog, a public watchdog media outlet, that it was not obligated to respond to their public records request.

Although we were shocked that the board gave her a vote of confidence even after being indicted, the drama finally ended. In October, Capasso resigned citing “personal reasons.”

With five senior Broward Health officials under indictment, operation of the health system had to be overseen by an outside law firm, Baker Donelson. (All at taxpayer expense, of course.) Although everyone should be cheering the departure of Capasso, the hospital’s corrupt board (our opinion) was sad. Board chairman Andrew Klein said, “It’s very disappointing to see Broward Health lose a great CEO who brought both stability and progress to the system.” Klein is one of the board members not under indictment.

In December 2018, Broward Health received its 5th CEO in just 3 years, Gino Santorio. As of April 2020, he is still on the job, not under indictment and with no scandals on the horizon. Quite an accomplishment in Broward County

Since Santorio has taken over we have not heard of any new whistleblower complaints although whistleblower actions can take a year or more to be investigated. While under investigation they are usually sealed to both protect the whistleblower’s identity and allow the government to investigate. We have also heard that the criminal charges against the “Broward Five” have been dropped. Beverly Capasso’s LinkedIn page lists her as an independent health consultant.

We hope the drama has finally ended and that patients, taxpayers and the direct participants in this saga can finally move forward.

Unfortunately, struggling taxpayers shouldn’t have to worry about indicted public officials getting bonuses. Why would we even pay an indicted public official with a phony degree three quarters of a million dollars per year? Capasso makes more in one day than most Broward County residents make in a month. The patients, taxpayers and employees of Broward Health deserve better. And fortunately, you may be able to make a difference.

We have extensive experience with healthcare fraud. Our whistleblower clients have received over $100 million in awards over the last several years. In our experience, the kickbacks and illegal referral arrangements are indicative of a much larger fraud. And it doesn’t appear that the current board is capable of cleaning house. At this point, they appear to be the center of the problem.

If you have evidence of fraud at Broward Health, give us a call. All inquiries are protected by the attorney – client privilege and kept confidential. Working with our local Florida partners, we stand ready to prosecute Broward Health and stop the fraud. We can also help protect you against illegal retaliation.

Dr. Reilly was brave to stand up against the North Broward Hospital District. He received over $12 million for his efforts. Let’s continue his efforts and finish cleaning the mess. It isn’t a question of when the mess will get cleaned up, just who will be next to collect an award. (The awards are generally only available to the first to file.) If you have information about current Medicare or Medicaid fraud at Broward Health, call us today.