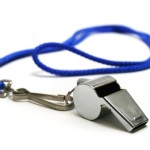 Whistleblower Case Declined? Learn Why and Important Next Steps

[Post updated and republished April 2020] No one wants to learn that their whistleblower case was declined. Yet it happens with most cases. On average, the Justice Department only intervenes in 20% of the False Claims Act cases filed. That means your odds in winning through government intervention are 1:5. (The odds of winning the Powerball jackpot are 1:292,200,000!)

Most folks that file a whistleblower case do so with high expectations. They are sure their case is a winner. Unfortunately, 80% of those same people will be disappointed.

This post addresses why so many whistleblower cases are declined and what happens after the declination. (Spoiler Alert: Often a declined case can still lead to a huge whistleblower award.)

To answer the question of why whistleblower cases are declined, some procedural history is needed. America’s primary whistleblower tool is the False Claims Act. Congress adopted the Act in 1863. Since then, 29 states have adopted similar False Claims Acts. (There were 30 states but Wisconsin repealed their whistleblower law in 2015 without any public or legislative debate.)

These laws allow private citizens – and even foreigners – to file a claim on behalf of the United States government against those that defraud a government program or misuse government funds. State False Claims Act operate on a similar premise for frauds against the state.

Here are some common examples: Poor quality underwriting of residential mortgages? There is probably a False Claims Act violation since most home loans are insured by the government. Overcharge Medicaid for patient visits? Once again, there is a probably a violation since Medicaid is financed with state and federal tax dollars. Defense contractor fraud? Once again, if there is a loss to the government or a government program there is probably the opportunity to earn a cash reward.

When a whistleblower case is filed, the government is given the first opportunity to investigate. Depending on where the case is filed, state or federal prosecutors have several choices. They can decline the case, take over the case and prosecute it themselves or tell the court there is no case and asked that the whistleblower’s claims be dismissed.

Few cases are dismissed and as we already know, the Justice Department takes over roughly 20% of the cases that are filed. (The decline rate by states varies widely.) That leaves the 80% of cases that are declined by prosecutors but dismissed by the courts. As we will discuss below, the whistleblower’s own lawyer can pursue these cases even if the Justice Department declines to prosecute. The same is true under most state whistleblower laws.

Why Cases Are Declined

Whistleblower cases can be declined for any number of reasons. Often, the whistleblower (called a “relator”) simply hasn’t produced enough evidence.

Despite popular perceptions, the government’s resources are finite. They simply cannot investigate every single whistleblower case. If the government has a choice between two cases, all other things being equal, they will almost always choose the case that is properly packaged and contains plenty of hard evidence.

The fact that your whistleblower case was declined doesn’t mean the government thinks you are lying or exaggerating your claims. It often means, you or your lawyer simply haven’t come up with enough evidence.

Sometimes cases are declined because the local US Attorney is simply too busy or not equipped to take a large, complex case. Any US Attorney’s Office (there are 94 nationwide) can handle the routine small Medicaid fraud case. But a complex billion case involving residential mortgages or pharmaceutical companies? Many don’t have the resources or have other priorities. This is especially true if the case must be investigated on a national level.

We have seen some lawyers file these big national cases where the client lives or where the lawyer is licensed. Yes, a case with national implications can be filed anywhere but do you want to file in a location with a dedicated fraud unit staffed by dozens of career prosecutors or in a backwater town where the entire US Attorney’s staff is limited to 5 lawyers?

Sometimes the government does not intervene because the case is simply a “he said / she said.” Every prosecutor loves to win but many won’t admit they won’t take the case with questionable liability. It is simply easier to pick the “sure fire winner.”

Is the Case Collectable?

In some cases, prosecutors won’t intervene because the defendant is uncollectable or the damages are too small. An example of an uncollectable case would be a Medicaid fraud in which the physician’s office doors are already shut, the business is in bankruptcy and the doctor has moved back to her native country.

There is no size threshold for cases but don’t expect much interest in cases where the loss is $1 million or less. This is especially true in major metropolitan areas. (There are notable exceptions, especially where physical harm has resulted from the misconduct.)

We have seen the government decline cases because the relator has too many skeletons in his closet. That doesn’t mean the case isn’t any good, however. It simply means the government doesn’t want that particular relator to be the “face” of the government’s case.

Having a bad divorce in your past or a drunk driving conviction doesn’t make you a bad witness. But if the entire case rests on your credibility and you have multiple convictions for theft, don’t be surprised if the government shies away from the case.

Tell your lawyer up front of any skeletons. Often we can bolster the case with third party witnesses or arrange for a “co-relator.” A relator is the legal name for a whistleblower. Arranging in advance for a co-relator means that the government can proceed with a different “face” for the case and both parties can share the reward.

What to Do if Your Whistleblower Case is Declined

This may not seem fair but remember, the government is the real party in interest. You did file the lawsuit in their name, after all.

Assuming the court hasn’t dismissed your case, you have several options. Believe it or not, it is entirely possible to still receive an award! Keep reading.

Unlike FIRREA, IRS and SEC whistleblower claims, the False Claims Act lets whistleblowers prosecute privately even after the government declines. These actions are called “qui tam” actions and can trace their heritage to English law when private parties could prosecute cases in the name of the king.

Once the government declines the case, the complaint is usually unsealed. That means it becomes public. Usually, whistleblowers have 120 days to serve the complaint on the wrongdoer (the defendant). Some judges, however, dramatically reduce that time.

When the case is declined, many lawyers will not wish to go forward. If you are reading this post, chances are you find yourself in that predicament.

In 2016, the United States Supreme Court decided a case known as United States ex rel Escobar v. United Health Services. The court declared that the underlying violation of law had to be “material” in order for a whistleblower case to proceed and a reward paid.

The court outlined several factors to determine whether a violation is material:

Let’s look at an obvious example of wrongdoing that isn’t material. Medicare regulation XYZ says that payment forms must be signed in blue ink. Dr. Jane Smith performs services for a patient but submits her bill in black ink. is it a violation? Yes. But it isn’t material to the government’s payment decision.

Since Escobar was decided in 2016, it has become one of the major reasons why cases are declined. If the agency responsible for administering the law doesn’t think the violation is material, prosecuting the case becomes almost impossible.

So let’s assume the government didn’t decline your whistleblower case on materiality grounds. Now what?

Our first advice is to begin contacting lawyers who are members of TAF. Short for Taxpayers Against Fraud, TAF is the unofficial bar association of whistleblower lawyers. We see many employment and personal injury lawyers take a whistleblower case only to immediately bail when the Justice Department declines to intervene. They may be great in their normal areas of practice but don’t have the experience to prosecute a declined case.

The TAF website has public database of its members. (MahanyLaw is a proud TAF member and supporter.). Simply because lawyers belong to an association doesn’t mean they are any better than nonmembers but at least you know that TAF members have been vetted to insure 1) they really handle these cases and 2) they never represent the defendants (wrongdoers) in these cases.

Whoever may be interested in picking up the declined case will want to speak directly with the Justice Department to better understand why they declined the case. Obviously, if there are proof or legal problems such as materiality with the case, it may be difficult to find anyone willing to prosecute.

The new lawyers are also going to want to insure the old lawyers don’t stand in the way. Taking on a large corporation could cost your lawyer $1 million or more. (We know of one case where the legal fees and costs were $15 million.)

If your old lawyers are going to insist on keeping a percentage of the case, it may be nearly impossible to find someone to take over. Think about it. Would you want to spend millions of dollars, do all the heavy lifting and give part of your legal fee to someone else?

Another option may be to take a voluntary dismissal, regroup and refile. Court rules generally give you a one-time option to “dismiss without prejudice.” That means you can dismiss and later refile when your case is in better shape.

The dismissal and later refiling in a different or better jurisdiction only works, however, if the statute of limitations has not lapsed. There are other procedural issues as well that can arise with this strategy.

Congress and each of the states have set time limits on how long someone should file a claim. If your case has been under seal (secret) and pending for years, the statute of limitations may have expired. That isn’t a problem if the original complaint is still pending but becomes a huge problem if you elect to dismiss and refile.

If the problem is you – the government thinks you have credibility problems or too many skeletons – getting a co-relator may be the solution. A co-relator is another person who also has inside information about the fraud. Getting a co-relator, however, usually means you must share your award. That may be difficult to accept but remember that adage, 50% of something is better than 100% of nothing!

There are many reasons why the Justice Department may decline a case. Unless the case is dismissed, however, there may be ways of breathing new life into the case and proceeding privately.

If your case is declined and your lawyer won’t do anymore or tells you the case is finished, seek an experienced whistleblower lawyer or get another opinion immediately. Declined whistleblower often can be fixed and lead to multi-million dollar awards.

The whistleblower lawyers at MahanyLaw do consider declined cases. Each case is evaluated on a case by case basis.  For more information, contact attorney Brian Mahany online, by email or by phone at 202-800-9791. Cases accepted nationwide.

[Haven’t filed a whistleblower case? See or download our 11 Step Guide to Blowing the Whistle.]