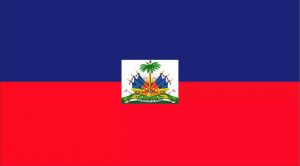 [Updated June 2019 & March 2020] Not too many years ago, Joseph Baptiste was a colonel in the United States Army. Today, he is facing years in prison after being charged with conspiracy to money launder and conspiracy to violate the Foreign Corrupt Practices Act. Prosecutors say he pilfered money from a charity designed to help impoverished Haitians. They say he tried to use the money to bribe a high level Haitian official. Our sources tell us this is one of several Haitian bribery schemes being investigated by the U.S. Department of Justice.

Bribery of public officials has long been a problem in many countries. Unfortunately, in some locales it is almost considered a cost of doing business. When public corruption occurs, the public suffers as well as the good businesses trying to make an honest living. If the charges in this case are true, Baptiste took corruption to a new low by stealing money from a charity set up to help the poor.

A just unsealed probable cause affidavit by the FBI shines a light on how these illegal Haitian bribery schemes are organized.

According to the FBI, Colonel Baptiste served in the U.S. Army for 26 years. Since retiring he has remained busy. The FBI says that Baptiste serves as the president of an IRS recognized nonprofit. He also serves on the board of directors of a multi-million-dollar private company that claims to be building a port project in Haiti. A prospectus for the company claims the project involves a power plant, petroleum plant, deep water terminal and cement factory.

The FBI says it began investigating several Haitian bribery schemes in August 2014. The schemes involved American businessmen who were offering to facilitate bribes to high level Haitian officials. In return, the person making the bribe would receive lucrative business opportunities in Haiti. Another term for these schemes is “pay to play.”

In November of 2014, an undercover FBI agent met with Baptiste. The agent claimed to be a potential investor interested in the port project. Baptiste flew from his home in Maryland and met the agent in Boston. He allegedly told the agent, “that a pay-to-play system existed in Haiti, and described bribe payments that would have to be made in connection with the Port Project, as well as how they could be made. Baptiste explained that he could use [the Maryland nonprofit] to conceal and facilitate bribe payments to Haitian officials.”

When pushed about how Haitian bribery schemes worked, Baptiste told the undercover agent that “it’s like a tip… we’re tipping them to do the right thing.”

If there was any doubt about the illegality of what he was doing, Baptiste allegedly warned the agent about government scrutiny and the need to provide accounting and paperwork to conceal the payments. In his own words, “That’s right… you just do the consulting group and the consulting group will make sure that everybody has been taken care of… Because again, legally your company… cannot get involved with that.”

As described by Colonel Baptiste, the bribery money could be laundered through the charity. He said the “donation” would be mostly used for charitable purposes with 20% going to pay the official. (The FBI says none of the money it later paid as part of a sting went to charitable purposes. It went into Baptiste’s pocket.)

Was Baptiste just a bumbling novice trying to break into the world of international money laundering and bribery? No. The agent says that Baptiste claimed he made past bribes to Haitian officials. One was to help a telecommunications business build a cellular network in the country. He claims a similar bribery scheme made on behalf of a power plant operator.

After a series of meetings, the undercover agent agreed to invest in the port project. A series of phone calls took place discussing the need for payment to a Haitian official. In one call, the agent and Baptiste can be heard as follows:

AGENT: “OK, and would all the money … that I wire to you … would it all go to

[Foreign Official 1] or only part of it?”

BAPTISTE: “I would say all of it.”

AGENT: “…Will he do those letters [committing to support the project] without the money? … Or does he have to have that money?”

BAPTISTE: “I think he has to have it.”

The scheme was so brazen that Baptiste even went so far as to send a photograph of himself with the Haitian official they were planning on bribing.

The FBI claims that they revealed themselves to Baptiste on December 29th, 2015. Knowing he was caught, he hired counsel and agreed to waive indictment and plead guilty to violating the Foreign Corrupt Practices Act.

Now, on August 28th, 2017, the FBI claims that Baptiste no longer intends to honor his plea agreement or plead guilty. That same day, court records show that Colonel Joseph Baptiste was arrested. His first appearance in court is scheduled for September 7th. We suspect his close ties to Haiti will hurt him in any bail argument.

A federal jury in Boston convicted Col. Joseph Baptise (retired) of conspiracy to violate the Foreign Corrupt Practices Act as well as several related charges. A Maryland dentist and a Haitian – American attorney were also convicted for their roles in the case.

During the trial, prosecutors told jurors that Baptise was funneling money from his “charity”, the National Organization for the Advancement of Haitians. It appears that some Haitians were indeed being “advanced,” they were high level government officials. [The charity claims it helps impoverished Haitians.]

The trial took several interesting turns. At one point jurors heard there was an undercover FBI sting. Agent gave Baptiste’s charity $50,000 that was to be used to bribe the officials. Instead the money allegedly went into Baptiste’s own pocket. That doesn’t mean he couldn’t be found guilty of conspiracy to bribe, however.

Another twist occurred when the FBI admitted it lost some of taped phone conversations. The court ruled they were lost through carelessness and not part of some intentional wrongdoing.

One can be convicted of conspiracy if he takes money for bribes and tells the person giving the money that it is for a bribe. Whether or not it ever gets to the government official is immaterial to a conspiracy charge.

After the conviction an FBI spokesperson said, “Mr. Baptiste and Mr. Boncy had no problem soliciting bribes to funnel to senior government officials in Haiti through blatantly illegal means. Every dirty dollar they were trying to secure undermines those who are trying to conduct business lawfully. Cases like this only fuel the FBI’s commitment to tackling corruption, and today’s guilty verdict ensures that both of them will be held accountable for their actions.”

The men will be sentenced this fall.

[March 2020 update] This case is like a rollercoaster. Even though Joseph Baptiste and Richard Boncy were convicted, U.S. District Court Judge Allison D. Burroughs tossed their convictions because of ineffective assistance of counsel. It appears Baptiste’s lawyer had never tried a case before and didn’t do very well on this one, his first.

“The court finds that LaRoche’s failure to meaningfully review discovery produced by the government until the days leading to trial was prejudicial to defendant Baptiste in that it significantly impeded [lawyer] LaRoche’s ability to prepare for trial. While certain errors … may not have been prejudicial in isolation, the cumulative effect of LaRoche’s failure to meaningfully review discovery in combination with the other errors identified herein raises a ‘reasonable probability’ that defendant Baptiste was prejudiced by the deficiency.”

According to the judge’s findings, Baptiste’s lawyer could not even state with certainty whether he ever reviewed all of the audio and video recordings the Government had provided, or whether he heard certain recordings for the first time at trial. He also didn’t subpoena any witnesses and only cross examined two of the government’s six witnesses. (He never sought to interview those witnesses before trial either.) Finally, the court found he failed to listen to all the recordings of conversations involving his client.

To find that a defendant had ineffective assistance of counsel, the person convicted must show that his lawyer’s errors so upset the adversarial balance between defense and prosecution that the trial was rendered unfair and the verdict rendered suspect.” Even though Boncy had different lawyers representing him, Judge Burroughs found that the poor performance by Baptiste’s lawyer clouded the entire trial.

Judge Burroughs stopped short of granting motions for acquittal to both men. Instead they will be retried. Often the government does not retry cases or seeks a plea agreement to lesser charges.

Anyone who solicits a bribe, accepts a bribe, pays the bribe or offers a bribe to a foreign government official is guilty of violating the Foreign Corrupt Practices Act (FCPA). The law applies to American businesses, crimes that take place on U.S. soil or foreign companies that sell securities on a U.S. stock exchange.

Although the FCPA is criminal statute, cash awards are available for whistleblowers with inside information about these illegal schemes. The SEC Whistleblower Program pays awards of 10% to 30% of whatever monies are collected from the wrongdoer.

Baptiste may not have much money and be stuck in prison for a while. His prosecution is unique in that it was part of an FBI sting operation. Huge whistleblower awards are not uncommon, however. If what Baptiste says is true, the cell phone company and power plant operator could also be guilty. We suspect the awards in those cases could be in the millions of dollars.

Much of the alleged wrongdoing in this case took place in Boston and on the phone. Often, however, these schemes take place on foreign soil far away from the eyes of Uncle Sam. Although the U.S. government can prosecute offenses that take place on foreign soil, many folks in Haiti and other countries simply don’t know that awards are available. Our biggest challenge is getting the word out the United States pays cash awards for information about Haitian bribery schemes or public corruption in any other country.

Collecting Your Own Whistleblower Award

The decision by the court to vacate Baptiste and Boncy’s conviction and allow the government to seek another trial only impacts the criminal case. Ineffective assistance of counsel claims are very rare and have no bearing on whether the SEC can pursue civil claims.

Do you have information about Haitian bribery schemes? Know a company that has offered bribes to foreign officials in the hopes of securing permits or avoiding taxes? You may be eligible for a reward.

For more information, contact attorney Brian Mahany at or by phone at (414) 704-6731 (direct). All inquiries protected by the attorney – client privilege and kept confidential. You can also visit our FCPA Foreign Bribery Whistleblower information page.

There is never a fee for our services unless we recover money for you. No reward? You owe us nothing. We accept foreign bribery cases worldwide.