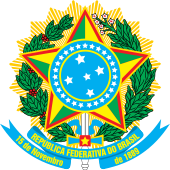 Brazil’s Record Amount of Corporate Corruption Provides Many Whistleblower Cash Award Opportunities. MahanyLaw is Looking for Insiders at Gerdau, Ford Brazil, Santander and Other Companies suspected of Engaging in Bribery and Misconduct.

Gerdau is one of the largest steel companies in the world. With 45,000 employees in 14 countries, the company has the capacity to produce 26 million tons of steel per year. The company is also mired in a massive corruption probe. All the facts surrounding Gerdau suggest there is a perfect opportunity for whistleblowers. Under the Foreign Corrupt Practices Act, whistleblowers with inside information about the bribery of foreign officials are eligible for large cash awards.

The Wall Street Journal reports that last week federal prosecutors in Brazil charged a director at Gerdau and several lawyers and consultants tied to the company with a conspiracy to bribe government officials. The case involves a “nationwide tax evasion scheme.”

Gerdau is being investigated for alleged bribes of Brazilian tax court officials. Prosecutors believe that Gerdau and other companies avoided billions of dollars in taxes by paying bribes.

At the same time as prosecutors announced the arrests, company officials said the Gerdau’s founding family would be exiting the business. The company was founded in 1901 by Johannes Heinrich Kaspar Gerdau. His descendants still run the company today. According to the company’s announcement, the family will retain seats on the board of directors but will give up their management roles. The CEO and two Executive Vice Presidents are members of the Gerdau family.

In announcing the moves, the company denied any connection with the federal corruption probe. A company spokesperson also denied any wrongdoing.

Many Brazilian Companies Under Investigation

Gerdau is the most recent Brazilian company to be investigated by authorities for corruption. Last year U.S. authorities levied a record $260 against Brazilian energy and construction giant Odebrecht. (That fine was later reduced to $93 million.)

An Odebrecht subsidiary, Braskem, paid $159.8 million in fines to the U.S. Justice Department. Worldwide, that company and its affiliates paid $3.5 billion in fines.

In announcing a global resolution of the bribery investigations, a U.S. Justice Department spokesperson said,

“Odebrecht and Braskem used a hidden but fully functioning Odebrecht business unit—a ‘Department of Bribery,’ so to speak—that systematically paid hundreds of millions of dollars to corrupt government officials in countries on three continents. Such brazen wrongdoing calls for a strong response from law enforcement, and through a strong effort with our colleagues in Brazil and Switzerland, we have seen just that.  I hope that today’s action will serve as a model for future efforts.”

The Odebrecht / Braskem prosecution was unique in that it represented the first U.S. prosecution of a foreign company for bribing its own foreign officials. The Department of Justice had jurisdiction over the company because it sells securities on an American stock exchange.

Forbes said in 2015 that several Brazilian companies were suspected of paying tax court officials to avoid billions of dollars in taxes. The names of the companies and the amounts they allegedly avoided paying are:

In an unrelated investigation, prosecutors around the world have been investigating Brazilian oil giant Petrobras. The company is rumored to have paid as much as $1.6 billion in bribes. The investigation is being called Operation Car Wash. The name is a reference to the large amounts of money laundering that was required to pay the bribes.

What do Gerdau, Petrobras and Odebrecht have in common? All involve allegations of bribery of foreign officials and all require whistleblowers to best prosecute these schemes.

Most corporate bribery schemes are quite complex. Big companies don’t rely on low level managers or line workers to deliver suitcases stuffed with millions of dollars in cash. Most large companies and public companies are required to have audited financials. The days of paying cash bribes are largely over.

Today, companies like Gerdau disguise bribes and use third party consultants to launder the payments. Absent an insider, it is almost impossible to catch one of these schemes through an audit.

Whistleblowers are the society’s new heroes. They bravely expose graft and corruption. In most parts of the world, the most they can expect is a pat on the back. The United States, however, is alone in its payment of large cash awards to whistleblowers.

Under the Foreign Corrupt Practices Act (FCPA), corporate insiders anywhere in the world are eligible for whistleblower awards. Those awards are typically 10% to 30% of whatever the government collects from the wrongdoers. At just 10%, the award on a case like Odebrecht could be $10 million.

There is no citizenship or residency requirement to earn a whistleblower award from the SEC or the Justice Department. In fact, the U.S. government has already paid millions in awards to foreign nationals.

The key to earning an award is proof that the conduct violates the FCPA. Step one is determining if a violation took place and step two is making sure that American prosecutors have jurisdiction over the wrongful conduct.

The solicitation, offering, payment or acceptance of a bribe is illegal if a foreign government official is involved. The key is the involvement of a foreign official. Bribes between two private parties or companies may be illegal under some other laws but those laws don’t provide cash whistleblower awards.

Congress gave the SEC and Justice Department “long arm” jurisdiction to reach a wide variety of corporate criminal conduct that occurs anywhere in the world. The FCPA grants jurisdiction to American authorities in three primary ways. Our American anti-bribery laws apply if:

An example of the latter could be a bribe paid by a Brazilian company to a Chinese official if the transaction was paid through an intermediary using an American bank account.

Because Congress and most developed countries want to stamp out corruption, the FCPA has been aggressively enforced.

We are looking for employees or contractors of Gerdau and other companies with knowledge of bribes involving foreign officials. Common bribery schemes involve paying monies to get permits or expedite permits, paying bribes to avoid taxes or customs duties. Non-monetary bribes could include hiring the children of foreign officials in “no show” jobs or lavish trips and vacations.

The price of steel varies widely throughout the world. In the U.S., domestic steel can cost twice as much as steel coming from Turkey or China. Two special whistleblower award programs may be available for illegal imports of foreign steel.

Companies that evade custom duties and tariffs can receive awards under the False Claims Act. With triple damages and huge fines, whistleblower awards can be substantial. Once again there is no need to be a U.S. citizen. All that is needed is inside information.

Government funded construction projects must be built with domestic steel absent a special waiver. Called the Buy America Act, whistleblower awards are available when a company uses foreign steel on government projects. We have successfully prosecuted the use of mislabeled foreign steel used in the Miami Airport, New Orleans streetcar rail lines and even the Capitol visitor’s center in Washington D.C.

How to Claim Your Whistleblower Award

To learn more about the FCPA and whistleblower awards, visit our foreign bribery and improper books and records information pages. Ready to find out of you qualify? Contact attorney Brian Mahany at or by phone at US (414) 704-6731 (direct).

All inquiries are confidential and protected by the attorney – client privilege.