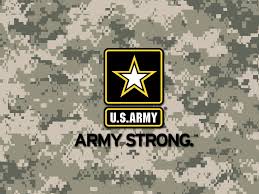 [Updated February 2018] As I write this post, 450,000 American men and women are deployed around the world. 850,000 warriors are here at home ready to serve. And these figures don’t include the many guardsmen and reservists also ready to serve on a moment’s notice. We owe our freedom to these folks. That means when we heard of an individual that “deliberately” provided armor vehicles to the military with defective armor, we became angry.  That’s the case with William Whyte, owner and CEO of Armet Armored Vehicles of Danville, Virginia.

Prosecutors say that Whyte was paid millions to deliver armored gun trucks for allied forces in Iraq. He pocketed our tax dollars and then delivered trucks that he knew didn’t meet minimum specifications. Sometimes contractors make mistakes, the FBI and Defense Criminal Investigative Service (DCIS) say this was no mistake.

According to the indictment, Armet Armored was awarded a contract by the United States Joint Contracting Command in Baghdad. The contract required Armet to provide armored gun trucks for delivery in Iraq.

The contracts precisely specified the amount of armor necessary. If Armet Armor couldn’t tell by the delivery to Baghdad that the trucks would see the combat, the contract stated that they would be used in a “dangerous and hostile environment.” The specs required the vehicle be able to withstand armor piercing rounds of a certain caliber and have underplating to resist IEDs. The vehicles were also required to have run flat tires.

When delivered, the Army discovered that most did not have run flat tires and none could stop armor piercing bullets or IEDs as specified. In other words, anyone inside one of those vehicles was at high risk of being killed the first time bullets began to fly. According to the indictment,  “Defendants Whyte and Armet knew that all of the armored gun trucks they had provided were defective and would not protect the officials that they were intended to protect, and that in so doing they were consciously or recklessly risking serious personal injury to the occupants of those armored gun trucks.”

Prior to trial, Whyte asked the court to dismiss the indictment on grounds of “collateral estoppel.” Prior to the criminal case, a former officer of Armet Armored filed a whistleblower lawsuit on behalf of the United States. A jury found that Armet did not defraud the government.  Based on the finding in the civil lawsuit, Whyte told the court that the government should be stopped (collateral estoppel) from proceeding with a jury trial. Since one jury had already decided the issues, Whyte argued that the government didn’t get a second bite at the apple.

A federal judge in Danville, Virginia disagreed with Whyte and ordered the trial proceed. Before the trial could take place, Whyte appealed. This time a three judge panel agreed with the trial court and denied his appeal.

On October 9th, Whyte was convicted after a trial of three counts of Major Fraud against the Government, three counts of Wire Fraud and three counts of False Claims. He faces decades in prison when sentenced in early 2018. Under the federal sentencing guidelines, he is likely to see less than a decade in prison.

After the conviction, Whyte still does not appear to be accepting responsibility for his actions. A media source reports that his lawyer says the jury unfairly convicted Whyte of “mistakes” made by his  employees.

Armet Armored Whistleblower Claim and Why that Failed

Before the criminal case went to trial, Armet Armored was charged with fraud in a whistleblower complaint filed by Frank Skinner, Armet’s former president. Skinner was not your average corporate type; he is a highly decorated retired U.S. Marine and expert in armament.

Skinner blew the whistle when it became clear that the company was not producing vehicles to specification and lying to the government. Like most whistleblowers, Skinner first went to his superior, in this case William Whyte who was the owner of the company.  When Whyte became angry with him, Skinner called the FBI and ultimately filed a whistleblower case.

The burden of proof in a whistleblower case is easier than in a criminal case. One would think that if the government could prove Whyte and Armet Armored guilty beyond a reasonable doubt, they should have been able to prove the same charges to a civil jury hearing the whistleblower case.

This is the reverse of what happened in the OJ Simpson case. A criminal jury didn’t find him guilty in the criminal case. To prove murder, the jury must be convinced beyond a reasonable doubt. A civil jury found him guilty, however, in the lawsuit which has a much lower burden of proof. The Armet Armor case represents a very unusual situation where the opposite occurred.

We know the lawyers that tried that case. They were not government lawyers but private counsel. The False Claims Act whistleblower law allows private attorneys to prosecute fraud cases on behalf of the government. The lawyers who tried the whistleblower case for Skinner are good lawyers.

We don’t know what went wrong but do know that prosecuting cases where witnesses are in a war zone thousands of miles away is difficult. Had Skinner’s whistleblower case succeeded, he would likely have been entitled to a million dollar award. The government has a much better ability to get foreign nationals into court.

This case serves as a reminder that no lawyer can guarantee what a jury might do. Although Frank Skinner didn’t get an award, his information resulted in Armet and Whyte being convicted of several major felonies. As a retired Marine, we know that Skinner’s motivation in filing this case was protecting American and Iraqi lives. He did so honorably and remains a true American hero.

The Defense Department spends hundreds of billions of dollars annually on contracted goods and services. Unfortunately, a few contractors try to scam the government and scam taxpayers. When they do so with our military, they often put our warriors in harm’s way.

The life of a soldier is already difficult. There is simply no excuse for stealing and for putting lives needlessly at risk. We have seen defense contractors illegally recycle engine parts for combat aircraft, produce armored vehicles that don’t stop bullets, and make gun sites that aren’t accurate. Anyone can make a mistake but deliberately producing inferior goods or covering up mistakes is guilty of fraud.

Insiders who report fraud are doing their part to stop fraud, protect our fighting men and women and save tax dollars. Join our “army”, civilians and military personnel with inside knowledge of defense contractor fraud. The government pays whistleblowers awards of up to 30% of whatever is collected from the wrongdoers. We can tell you if you are eligible and how to get an award. (Calling a hotline won’t get you an award!)

A Virginia federal judge sentenced William Whyte to 70 months in prison and ordered to pay $2 million in restitution. Although the whistleblower who brought this case didn’t get paid, justice was still served.

Whyte’s actions endangered people. For that reason alone, he deserves every day of the sentence he received.

According to the government’s sentencing memorandum,

“The defendant engaged in deliberate fraud against the United States, endangering the lives of American soldiers and our allies in a war zone. The United States sought armored vehicles sufficient to protect key Iraqi dignitaries, so that the United States could transition its control of a democratic Iraq to the Iraqi people and bring its military men and women home safely. As the defendant admitted at trial, despite his numerous representations to the U.S. military contracting officers to the contrary – and despite the express terms of his contract with the United States — he never intended to sufficiently armor the undercarriage of the dignitary vehicles to protect its occupants from deadly and pervasive roadside bombs or the roofs of the vehicles from overhead enemy gunfire. Instead, the defendant constantly points the fingers at everyone around him, from Frank Skinner, to Rick John, to John Ventimiglia’s wife, although the evidence demonstrated that he was the leader of the scheme. The defendant planned and led a dangerous conspiracy. His actions merit a sentence at the highest end of the sentencing guidelines and the payment of full restitution.”

Prosecutors had hoped for a sentence of 11 years. Citing health issues and his age, Whyte hoped for a minimal sentence.

The final chapter of the story involving Armet Armored and William Whyte still hasn’t been written. Still defiant and claiming he is not guilty, Whyte plans to appeal.

If you information about defense contractor fraud, give us a call. You may be entitled to a whistleblower award. Notwithstanding that a jury didn’t believe whistleblower Frank Skinner, a different jury did convict Whyte of major fraud.

POST SCRIPT – After writing the original post in October 2017, I had the privilege of speaking twice with Frank Spinner, a former executive of Armet Armored turned whistleblower. He is a true American hero in every sense of the word. He is both highly decorated Marine and whistleblower. Both show courage and make him a hero.