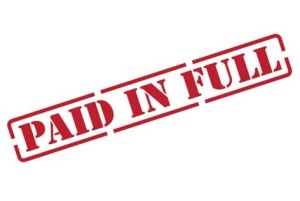 Nikolai Battoo Told to Pay $490 Million, No One Cheering

Nikolai Battoo, the mastermind behind a massive Ponzi scheme, was ordered to pay almost $500 million this week. While the headlines suggest a major victory for his victims, nothing has changed.

For several years Battoo ran an organization called PIWM, Private International Wealth Management. Battoo also did business under several other names including BC Capital. Like all Ponzi schemes, PIWM eventually collapsed. When the company could no longer honor redemption requests, the scheme unraveled.

Today Battoo is believed to be hiding in Switzerland, presumably because the Swiss aren’t likely to extradite him to the United States. To date, however, he has not been indicted.

Although not yet facing criminal charges, regulators including the SEC and Commodity Futures Trading Commission sued Battoo in federal court. This week a federal judge in Chicago ordered Battoo to pay restitution of $294,246,741 to his BC Capital victims. The court also ordered Battoo to disgorge illegally gained profits of $49,000,000 plus pay additional penalties of $147,000,000.

Victims of the Nikolai Battoo / PIWM scam should be rejoicing. Most are not.

Why? Although the case has been pending for years, Battoo has never even bothered answering the complaint. The judgment was obtained by default. Absent assets to back up the judgment, the judgment is nothing more than a piece of paper.

Receivers appointed in the United States and in the Caribbean have collected some money but their fees threatened to overshadow the few million dollars actually collected. To date the U.S. receiver has been paid $1.5 million in fees. Earlier this month the receiver asked for an additional $3 million. In an unusual move, the court said no.

Judge Edmond Chang slashed the receiver’s additional fee request by 50%. It wasn’t because the receiver didn’t do the work or padded its bills. Rather, the court became concerned that the receiver could potentially receive more than the victims. In the words of Judge Chang, cutting the disbursement to the receiver by 50% “balances the need to be careful in considering what the ultimate pay-out will be to the victim-investors.”

So where is all the money? Good question. It appears that Battoo not only lied to investors, he also took much of their money and gave it to Bernie Madoff. One could call the entire PIWM organization a “Ponzi scheme within a Ponzi scheme.” Of the $460 million paid by investors, only $166 million was paid back.

Unfortunately, the receiver has been trying to locate assets for years. Very little has been recovered. That doesn’t bode well for investors but there may still be hope.

Investors who purchased PIWM through stockbrokers or other financial professionals may be in luck. We have spoken with several investors who had just written off their losses as uncollectible. Others keeping hoping the SEC will get back their money. Folks are surprised when we tell them there loss may be recoverable. We have recovered millions of dollars for our PIWM clients from brokerage firms.

There were plenty of red flags that should have caught the attention of brokers. Instead, many brokers were lured into PIWM by trips on private jets, offshore retreats and the like. Who paid for all that? Today we know – investors.

Nikolai Battoo and his marketing minions were living large by misusing investor funds.

This is the last call for investors in PIWM, BC Capital and Nikolai Battoo. In fact, for some, it may unfortunately be too late. If you lost money and purchased with the help of a U.S. financial professional, call us immediately. For more information, contact attorney Brian Mahany at or by telephone at (414) 704-6731 (direct).