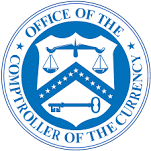 Earlier this month, the U.S. Department of Justice announced that Regions Bank must pay $52.4 million to settle charges that it was underwriting shoddy loans. The Birmingham, Alabama bank that underwrote loans is accused or writing loans that it knew couldn’t pass FHA and HUD guidelines. The case was brought under the federal False Claims Act (also known as a qui tam lawsuit).

According to the complaint  and statements from Justice Department officials, between 2006 and 2011, Regions let hundreds of bad loans slip through its quality control process. Prosecutors say the bank failed to have a robust quality control plan in place and failed to do enough random compliance checks.

When FHA loans fail, taxpayers are left holding the bag. No lender can guarantee that a borrower will never default but that doesn’t give lenders the ability to approve every loan.

HUD tracks default rates on a publicly available website called Neighborhood Watch. A high default rate may mean that a bank wrote many loans in an area where a major employer closed down. It could also mean that the bank was simply approving risky loans simply to earn a commission.

Not only did the bank fall short on its quality control efforts, the bank also failed to self-report fraud to HUD. In exchange for allowing lenders to write federally backed insured mortgages, the government requires that banks be vigilant in their underwriting standards and quickly report problems. The Justice Department suggests that Regions sometimes waited years to report fraud suspicions. Such late reporting makes investigation almost impossible.

Underwriting cases have been rare these days, some of the most egregious underwriting behavior predates the 2008 financial crisis. Because qui tam cases must generally be brought within 6 years, those claims are rare today. The Regions Bank case is unique, however, because the Justice Department says the bad underwriting practice continued to occur through December of 2011.

From what we know, some of the same mistakes of the past are now beginning to recur. Whatever lessons were learned in 2008 are today being forgotten. Some of the new claims we now see involve faulty appraisals. Bad appraisals didn’t factor into this case although Prosecutors suggest that Regions was allowing loan originators to “cure” loans that had previously been rejected by the bank’s underwriters. So called cleansing bad loan files is another old trick that continues today and evidently in the Regions case, never stopped even after the market collapsed.

In announcing the settlement with Regions Bank, a senior justice official said, “Mortgage lenders that participate in the FHA insurance program must follow the requirements intended to safeguard its integrity and to protect homeowners. We will continue to hold responsible lenders that knowingly violate these important requirements.”

A HUD spokesperson added, “FHA-approved lenders have a responsibility to ensure that FHA-insured loans meet our standards, which are in place for the protection of FHA’s insurance fund. The agreement we announce today should serve as a reminder that sustainable homeownership starts with compliance with underwriting requirements.”

Regions was allowed to settle without any admission of wrongdoing.

Other Banking Misconduct by Regions Bank

Two years prior to the $52 million False Claims Act settlement, Regions Bank paid $42 million to settle charges brought by the Federal Reserve. The Fed sanctioned the bank for not properly identifying and reporting non accrual loans.

The settlement with the Fed is significant because three bank officers were also charged, something we rarely see. The bank’s former chief credit officer and a VP in charge of the bank’s problem loan department were banned from the banking industry. A former senior executive was also fined  $2.4 million and banned from the industry.

In that same year, the bank’s parent, Regions Financial, agreed to pay $22.5 million to settle a private lawsuit over the bank’s handling of employee 401(k) accounts.

Since the False Claims Act the bank has not been subject to any major fines or compliance actions. In July 2017 Regions Bank settled a small overtime case with several employees for $620,634.

As noted above, the Regions case was brought under the False Claims Act. That law allows people with inside information about fraud and wrongdoing to file a lawsuit in the name of the government. If the case is successful, the whistleblower can earn an award of up to 30% of whatever the government collects. (If the government takes over the case and prosecutes, awards are between 15% and 25%.)

In underwriting cases, the typical qui tam whistleblower in the lending industry is a loan originator, appraiser, underwriter, branch manager or quality control reviewer. In servicing cases, it could be a customer service rep or third party loan servicer.

As the lessons of 2008 fade, we expect to see more underwriting cases. As this case shows, there could still be other bad underwriting cases still lingering (although the statute of limitations prevents from going after the very old cases.)

Why do we have so much banking and financial experience? The answer is simple. Our lawyers don’t try to do everything. In fact, we concentrate on two main areas, suing banks (lender liability) and bringing qui tam actions. Our extensive bank fraud experience certainly has helped us understand the issues in the lending industry and the newest scams coming from the few bad apples in the industry.

Need more information? Give us a call today. The consultation is free and confidential. Learn how we work to help stop the greed and fraud, protect you from retaliation and earn you the largest award possible.

Even if you think it may be too old to bring a claim, we are still interested. A separate bank fraud whistleblower reward program known as FIRREA allows rewards for misconduct that has happened as long as 10 years ago. To learn more, download our 11 step guide guide to whistleblowing and visit our FIRREA bank fraud information page.

Ready to see if you have a case? Contact attorney Brian Mahany at or by telephone at 414-704-6731.All inquiries kept strictly confidential. We handle bank whistleblower cases nationwide.