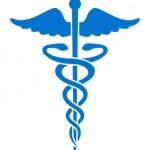 A Chicago area physician will be spending the next two years in prison. Last week a federal judge sentenced him to prison for 24 months followed by extensive supervised release. Prosecutors had asked for 34 months. His crime? Medicare fraud.

According to a criminal complaint filed in September of last year, Dr. Arthur Davida falsely signed paperwork allowing patients to receive home therapy. Home care must be approved by a physician and can only be billed to Medicare if medically necessary. Prosecutors say Davida approved the home visits in part because he owned a home healthcare company that received some of the ill-gotten money.

The Justice Department says Dr. Davida is a part owner of Home Care Physicians. He fraudulently approved medical necessity forms for patients of his business and of another home health agency.

One of the tests to see if a patient is approved for home care is whether that person is confined to their home. If you can walk or drive, you can probably drive to see your physician. Many of these patients were capable of seeing the doctor on their own and Davida knew this.

The signings of false medical necessity forms were not isolated incidents. Prosecutors say that Davida’s actions allowed the two agencies to falsely bill over $20 million in claims.

Davida’s attorney argued that his daughter’s heroin addiction and dwindling revenues were part of the cause for why he bilked Medicare. The court wasn’t buying that as an excuse for his behavior, however. U.S. District Court Judge John Tharp described Davida’s actions as “stealing.”

“used his medical judgment to determine that his patients qualified for home-health services and needed such services, when in reality he often signed orders without reviewing them and also allowed others at his company to sign other orders for him and without review by himself or any other physician. As a result, the home-health agencies that referred patients to defendant were able to bill Medicare for millions of dollars of services, much of which was not medically necessary or appropriate.”

Like many other Medicare fraud schemes, this one apparently involved patient recruiters, individuals who are often paid cash to sign up clients. In this case a recruiter named Titus Jackson told one patient that he was interested in signing up anyone with a “red, white and blue” card (Medicare card). The patient was then given $100 for agreeing to be treated at home.

To better disguise his Medicare fraud scheme, Davida would usually not approve a patient for more than 90 days of home care. After that he would wait a few weeks before recertifying the need for home care. That ruse was designed to make it appear that patients were getting better.

Medicare fraud is a national problem. Within the healthcare industry, home healthcare is one of the largest categories with significant compliance issues. The scale of the problem is enormous. This is obvious since just one doctor, Arthur Davida, apparently helped two agencies bill Medicare for $20 million!

The case against Dr. Davida is criminal. Most Medicare fraud cases are prosecuted civilly. Under the False Claims Act, a whistleblower with inside information about Medicare and Medicaid fraud can earn an award of up to 30% of whatever the government collects from wrongdoers.

To qualify for the award, one must generally be the first to file a sealed complaint in federal court detailing the fraud. Whistleblowers who step forward enjoy good protection from retaliation.

Want to learn more? Ready to become a whistleblower? Give us a call or visit our Medicare fraud information page. The author of this post, attorney Brian Mahany, can be reached at (414) 704-6731 (direct).