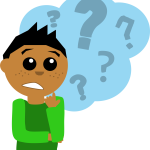 Great lawyer and friend Martin Kenney recently published a post on The FCPA Blog titled “Why is Your Snout Squealing?” Martin asks the question that makes some folks uncomfortable. Should we pay whistleblowers for their information? The answer is YES! If we are serious about combatting corporate greed and fraud then we must compensate whistleblowers.

Let’s examine Martin’s points and then my answer. Before we dive in, some cultural background is necessary. Martin practices law in the British Virgin Islands and has handled cases in much of the Caribbean. Our practice is based in the United States although we have represented clients in South America, Asia, Africa and Europe. Laws and customs vary widely from country to country. The U.S. is virtually unique in having whistleblower reward laws.

Martin’s primary concern is the propriety of paying for information. In his words,

“Yet lawyers by nature are wary of others paying for information. The practice raises concerns that the information may be tarnished because of the financial incentive involved. As the Chinese might say, were these just rice-bowl whistleblowers?”

Martin employs two investigators from the U.K. They claim that when considering what weight to give information from a “snout,” red flags go up if the “snout” is motivated by money. (The term “snout” is an English police term often used to refer to an informant.)

Don’t believe me?  A whistleblower study by the Ethics and Compliance Initiative puts money near the bottom of their list. Research by the University of North Carolina claims that most whistleblowers report problems internally before going outside.

Perhaps information from paid police informants – “snouts” – may be a bit suspect but corporate and healthcare whistleblowers are an entirely different breed. Most are dedicated workers that are concerned about the company where they work.

Considering the threat of retaliation faced by whistleblowers and the possibility of being blacklisted, compensating whistleblowers is the right thing to do. We have represented senior vice presidents of money center banks. They know that their career is finished if their identity becomes known.

Should we pay whistleblowers? Absolutely.

Many countries have whistleblower programs but none are as successful as those in the United States. What is the difference? We are unique in that we pay rewards for quality information.

The federal False Claims Act, dozens of state laws, the IRS and SEC Whistleblower Programs and the Financial Institutions Reform Recovery and Enforcement Act all pay awards – up to 30% of whatever the government recovers from wrongdoers.

In 2014 the federal government paid out over $435 million in awards and that was just through the False Claims Act. During that year the government recovered billions of dollars for taxpayers including $16.65 billion from Bank of America. We were proud to be part of that case and to represent several Bank of America whistleblowers.

Martin’s investigators may use the term “snout” to refer to a whistleblower but here in the U.S we call them heroes.