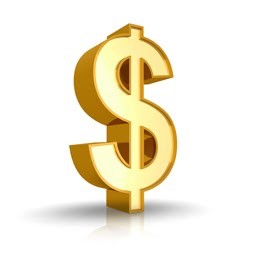 “Our actions speak louder than words. We are accountable: doing what we say we’re going to do
efficiently and on time.” These words come directly from Office Depot’s vision statement, part of the company’s code of ethics. Last week, Office Depot agreed to pay $68,500,000.00 to settle charges that it defrauded California government customers.

The suit against Office Depot was originally filed by a whistleblower on behalf of the State of California. By the time it was resolved, over 1000 California cities, counties, school districts and other agencies are eligible to share in the settlement money.

David Sherwin, a former account manager in the company’s business solutions division, originally filed the suit. Sherwin filed his complaint under the California False Claims Act, a law which allows a whistleblower with original knowledge of fraud against the state to file a complaint in the name of the state and keep a percentage of whatever the government collects.

Sherwin claimed that Office Depot was violating pricing agreements negotiated through the U.S. Communities Government Purchasing Alliance, a non-profit organization that helps government agencies get the lowest prices on goods and services. Under the agreement, Office Depot was required to give participating government agencies the same low prices that had been negotiated through the Alliance.

Instead of giving member agencies the lowest prices, Sherwin said that the company sometimes put customers into higher pricing plans without their knowledge and did not drop prices when a more favorable price had been worked out through the Alliance.

Although it agreed to pay over $68 million to settle the charges, Office Depot admitted no wrongdoing and said Sherwin’s claims had “no merit.”

The story has a bittesweet ending in that Sherwin is entitled to $23 million in whistleblower award monies but died only a month after testifying in the case. His estate will receive the award.

This isn’t Office Depot’s first brush with whistleblower suits and fraud allegations. In 2010, the company paid $4.5 million to settle overcharging claims brought by the State of Florida. The company is also reportedly being investigated in New York, Texas and Arizona.

California isn’t the only state with a whistleblower law on its books. A total of 29 states have similar laws, often called False Claims Acts, which allow a whistleblower to keep a portion of whatever monies are collected by the government. To qualify, you must have original source (inside) information about a fraud involving taxpayer funds or a taxpayer funded program. Many of the claims are associated with Medicare, Medicaid, procurement contracts and residential mortgage lending. The latter are eligible for whistleblower awards because the government backs most mortgages.

Think you have inside information about fraud and want to become a whistleblower? Give us a call. Our whistleblower lawyers have filed some of the largest cases in the United States including the record breaking $16.65 billion settlement with Bank of America.

Need more information? Contact attorney Brian Mahany at or by telephone at (414) 704-6731 (direct). All inquiries protected by the attorney – client privilege and kept in confidence.