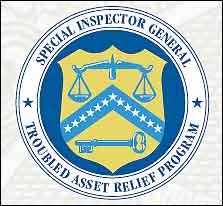 [Post updated May 2018] The former vice president of Eastern Tools and Equipment was arrested earlier this week on charges of bank fraud and criminal conspiracy. Chung Yu “Louis” Yeung was indicted in October but not arrested until this week. Prosecutors say that he defrauded United Commercial Bank of $9.2 million dollars. UCB later went under after first receiving $299 million in TARP monies.

Yeung’s scheme to defraud banks was simple but ingenious.

Yeung and his co-conspirators created numerous shell corporations to act as purported suppliers and retailers doing business with Yeung’s company, Eastern Tools. In reality, these shell corporations were entirely under the control of Yeung and existed for the sole purpose of creating the illusion of active sales and accounts receivable.

Prosecutors claimed that these phony companies allowed Yeung to falsely inflate Eastern Tools’ accounts receivable and financial statements in representations to the banks. To further the scheme, Yeung and other conspirators opened post office boxes, phone accounts and email accounts associated with the shell retail companies, and provided this information to bank auditors to promote the illusion that these “customers” were independent entities and that the sales were real.

In contrast to how a legitimate business operates, Yeung’s company purchased no inventory was sold at all. The indictment said “that over approximately a four year period, the fictitious companies… sent over $100,000,000 worth of wire transfers to the retailers who then returned the money to Eastern Tools in the guise of accounts…In other words, the majority of the $10,000,000 that Eastern Tools borrowed from [the bank] was sent in a circular path over and over again among the various companies, to make it appear as if inventory was being sold and payments made.”

If this wasn’t bad enough, prosecutors say that after the scheme was uncovered and a receiver appointed by the court, Yeung helped hide assets, computers and passwords from the receiver.

Short for the Troubled Asset Relief Program, TARP was the government’s response to the banking crisis in 2008. The federal government spent hundreds of billions of dollars bailing out banks in an effort to keep the economy afloat. Most of that money was repaid but in some instances, such as UCB, the money was not fully repaid and the bank failed.

What Yeung did is classic TARP fraud. The money paid by taxpayers to bailout struggling banks was instead misused in an elaborate scheme.

In March 2016, Yeung was convicted of 4 counts of felony bank fraud and one count of conspiracy to commit bank fraud. After his conviction, Prosecutors asked for a sentence of at least 9 years in prison. Yeung, of course, sought leniency.

In his apology to the court, Louis Yeung had little to offer in defense of his TARP fraud conviction. In his words,

Since the date of my arrest, I always feel guilt to my wife, my two beautiful daughters and my family; how ignorance I can be to be part of such gruesome crime. How ignorant and naive I am to believe in them, and not to seek for the truth and consequence of this crime. I could have say “no”, I could have google search about these type of crime, and I could have ask some of my friends for legal advice; but I didn’t do any of that. Because I am lazy, life is comfortable and I pretend everything will eventually sort it out on its own. Yes, they have promise to me personally, that they will never default on the loan, but I should have known better.”

In August he was sentenced to 63 months in prison followed by 5 more years of supervised release. The court also ordered him to forfeit his elderly parents’ home in the San Gabriel Valley.

Because TARP involves taxpayer funds, any misuse of those funds can potentially be prosecuted as a whistleblower lawsuit under the federal False Claims Act. That law pays whistleblowers up to 30% of whatever the government collects. We are aware of some corrupt bank officials stealing money even while their bank was teetering on the brink of insolvency.

When a company or individual lies to the government and government monies are lost, folks with inside information can potentially earn huge awards.

Defrauding a federally insured bank can also pay whistleblowers. Under the FIRREA statute (Financial Institutions Reform Recovery and Enforcement Act), whistleblowers with information about anyone who does harm to an FDIC insured bank could earn up to $1.6 million in award money. Outgoing Attorney General Eric Holder has asked Congress to increase the monies available for FIRREA whistleblowers.

We have seen few TARP whistleblower lawsuits but any fraud against the government or a government funded program qualifies. Typical cases involve Medicare fraud, government contracts and residential mortgages. (Most home loans are backed by Fannie Mae, Freddie Mac or the FHA.)

As this update is being written in 2018, most of the TARP money has been repaid. After factoring in interest, the government has even made a small profit on the TARP loans. That doesn’t mean we should let our guard down.

We worry that the banks have learned few lessons since the 2008 meltdown. If anything, the lessons from TARP are problematic. By bailing out banks we are further encouraging them to take unnecessary risks and bend the rules because they now expect a bailout if things again get rough.

Think you have the information necessary to file a whistleblower lawsuit or claim an award under the FIRREA bank fraud law? Give us a call! Our whistleblower lawyers have brought several, billion dollar cases. Not every case is that big but each one is equally important to us. We help our clients stop fraud and collect the maximum amount of award monies.

For more information, contact attorney Brian Mahany online, at or by telephone at (414) 704-6731 (direct). All inquiries are protected by the attorney – client privilege and kept in strict confidence. You need not be a U.S. resident to qualify for an award.

Not ready to call? Visit our FIRREA whistleblower page or our False Claims Act FAQs for additional information.