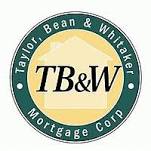 Being a whistleblower isn’t easy. Of course many make huge sums of money and are successful in stamping out fraud. Unfortunately along their journey some face retaliation, poverty and the inability to discuss their case. (False Claims Act cases are “sealed” by the court during investigation.) Although the public reads about the successful cases, not every whistleblower walks away with a $50 million check. A recent False Claims Act case against Home America and Taylor Bean Whitaker, both mortgage companies, demonstrates this point.

We rarely editorialize when writing about whistleblower cases. Sometimes, however, we simply must chime in. Keep reading… the case has a sad and unusual ending.

Ultimately, both mortgage companies went under leaving just $100,000 in settlement monies. What should have been a case worth $320 million settled for a fraction of a penny on the dollar.

The two mortgage companies were some of the first victims of the banking crisis in 2008. (The real victims, of course, are taxpayers and homeowners.) Taylor Bean alone was one of the 10 largest mortgage lenders in the United States. It’s CEO, Lee Bentley Farkas, was convicted in 2011 of multiple counts of bank and wire fraud for his role in a $2.9 billion bank fraud scheme. The scheme was so large that it brought down not only Taylor Bean but also one of America’s biggest banks, Colonial Bank.

With Farkas serving a 30 year prison sentence and the company’s doors closed, the prospects of a big whistleblower award were already bleak. This alone makes for an interesting story but there is more.

The law firm representing the whistleblower pair dissolved during the pendency of the case. That resulted in a dispute amongst the lawyers and an attorney’s lien filed against the recovery.

We are not sure what happened but unfortunately the clients were dragged into that dispute. According to Law360, the Justice Department won’t pay anyone until the fee dispute is resolved. That means the clients are forced to suffer because the lawyers can’t agree on what happens to the apparent $45,000 legal fee. (We believe the lawyers will work out an arrangement so that the clients can get paid while the lawyers determine who is entitled to legal fees.)

The optics on this case are bad. One of the lawyers claims he is entitled to $1.1 million. That is probably true, these cases can be expensive to prosecute. With a recovery of only $100,000, however, the general public might be fearful of stepping forward and filing their own claim against a different wrongdoer.

We have every reason to believe that the clients will get paid their portion of the meager settlement quickly. The dispute between the lawyers could take longer.

While we genuinely feel sorry for the clients, they may not have clean hands either. In reviewing the docket, it appears that the two whistleblowers sought sanctions from one of the lawyers representing the defendants. In denying their application, the judge suggested that the two might be more interested in getting sanction money than resolving the dispute.

What should have been a great whistleblower case against a mortgage company fell apart when the company went under. We have no doubt that all the parties and their lawyers worked very hard for an award that only turned out to be $100,000. Instead of moving on, however, it appears that the whistleblowers are making frivolous claims against opposing counsel and that the clients got dragged into a messy partnership dispute with the lawyers.

Unfortunately, there are no winners here and the case isn’t even over. Because of the lien issue, no one got paid. By our quick look at the docket there are now 6 lawyers spending hours of time fighting over $45,000. One of the motions we reviewed was 120 pages!

Hopefully everyone will move quickly. Big settlements sometimes wind up in messy side litigation. Thankfully those cases are quite rare. In this case with just $100,000 on the table and likely thousands of hours already expended on the case, it just makes sense to move forward no matter who is “right.” That’s our two cents.

Obviously, most whistleblower cases don’t have an ending like this story. Under the False Claims Act, successful whistleblowers are entitled to an award of up to 30% of whatever the government collects. Unfortunately, in a few cases the wrongdoers simply have no money.

If you believe you have inside information about fraud involving the government or a government program (e.g. residential mortgage guarantees), give us a call. We have brought several, billion dollar cases and have helped clients collect tens of millions of dollars. Not every case is that large but every whistleblower client is equally important to us.

Need more information? Visit our False Claims Act Whistleblower Award information page. Have a question or ready to find out if you qualify for an award? Contact one of our whistleblower lawyers a call today. For more information, contact attorney Brian Mahany at or by telephone at (414) 704-6731 (direct). All inquiries kept strictly confidential. 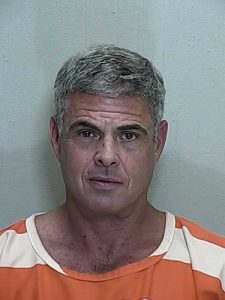 July 2018 Postscript:  We recently heard from one of the lawyers in the case. That caused us to pause and do a “where are they now” look at the case. Lee Farkas, former CEO of Taylor Bean Whitaker, is still in prison. Even with good time, he must serve 25 and a half years.

Apparently he isn’t too fond of prison, although he was sent to the same prison as Bernie Madoff.

Our friends at MFI Miami say that Lee “wants his mommy.” They quote a Wall Street Journal article that claims Lee lost 43 pounds, lost most of his friends and feels depressed.

Lee was one of the very few mortgage company executives prosecuted after the banking meltdown. We wish there were more.