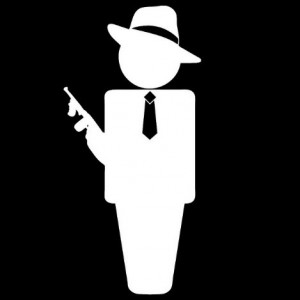 At first blush, it’s hard to imagine what whistleblowers, big banks and the Russian mob could have in common. A bank in the tiny country of Andorra, a country that measures just 180 square miles, holds the answer to that question.

The U.S. Justice Department announced that Citibank, Bank of America and the U.S. subsidiaries of HSBC and Deutsche Bank all had correspondent relationships with Banca Privada d’Andorra (BPA), a bank is strongly suspected of laundering money for European crime syndicates.

Although none of the U.S. banks are accused of wrongdoing, the allegations cast a negative light on HSBC and Bank of America, two banks that have already suffered horrible publicity in recent months.

U.S. banks contributed to BPA’s alleged crimes by acting in a correspondent capacity. All banks are required to have rigorous anti-money laundering controls in place to insure that money launderers, terrorists, drug syndicates and criminals don’t use the American banking system. In a correspondent relationship, however, the U.S. bank has less information about the customers of the other bank. These type relationships make it easier for criminals to access American financial markets.

Recently, many large U.S. banks have cut back on correspondent relationships. HSBC announced that it was terminating its relationship with BPA, a rather hollow action since regulators have already seized that bank.

An essential component of any anti-money laundering campaign are whistleblowers. While most foreign countries don’t offer awards for information, the U.S. government can pay whistleblowers if the conduct relates to U.S. banking violations.

The Financial Institutions Reform, Recovery and Enforcement Act – FIRREA for short – pays whistleblowers up to $1.6 million for information that relates to harm or potential harm to federally insured U.S. banks.

Although the federal False Claims Act can pay much higher awards, FIRREA has an added bonus – confidentiality. In most instances, FIRREA whistleblowers can remain completely anonymous. Rewards can also be paid to non-U.S. citizens too.

FIRREA has become one of the most potent weapons in the Justice Department’s enforcement arsenal. Although limited to bank cases, the law has a long 10-year statute of limitations, easy burden of proof and big penalties.

Outgoing Attorney General Eric Holder has called for Congress to increase the awards for whistleblowers. As noted above, they are capped at $1.6 million.

Have information relating to a fraud against a U.S. bank? Our team of highly experienced fraud recovery lawyers can help with FIRREA, False Claims Act and SEC whistleblower cases. Over the last 12 months, the whistleblowers we represented have collected over $100,000,000.00 in award monies.

For more information, contact attorney Brian Mahany at or by telephone at (414) 704-6731. All inquiries protected by the U.S. attorney – client privilege and kept strictly confidential.