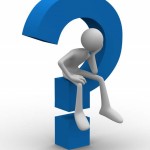 The long anticipated stock market “correction” may be upon us. Stocks have been taking a beating in recent days. They aren’t the only things being battered in the marketplace, however. Crude oil prices have fallen to $38.24 per barrel, a price that hasn’t been seen since February of 2009. That’s great news for motorists but horrible for those who hold shale bonds.

Shale bonds are a relatively new form of investment made popular by fracking and new discoveries of shale oil.

We began warning about shale bonds in 2013. Most issuers can’t make money unless oil prices are at least $60 or even $70 per barrel. That didn’t stop issuers from hawking these income producing securities to the public.

Many of these bond were sold by stockbrokers to retirees and elderly investors seeking stable income. With bank interest payments hovering near zero, the idea of a “safe” investment with a high, consistent yield sounds fantastic. Unfortunately, it was more fantasy than fantastic.

Stockbrokers have a legal duty to perform due diligence on the investments they recommend. They also must make sure what they recommend is suitable for their clients. Junk quality shale bonds that were destined to fail aren’t suitable investments for anyone.

Take the shale bonds issued by American Eagle Energy Corp. Despite slumping oil prices, last year American Eagle raised $175 million in a bond offering. Promising an 11% yield, the bonds appeared to be a great investment for those seeking retirement income.

In March of this year, however, American Eagle defaulted. The default came before even the first coupon payment was made.

American Eagle was one of the first issuers to default but won’t be the last. Earlier this year, Goldman Sachs Global Investment Research identified several shale bond issuers with either weak balance sheets, a weak asset base or both. (American Eagle wasn’t even on that list). The companies identified were:

In the last year, crude prices have fallen by 60%. Unfortunately, a year ago many of these oil companies and shale bond issuers couldn’t even survive on the then price of oil.

Over $10 billion in junk quality shale bonds have been issued in the last several years. Much of it is now worthless. Worse, many of those bonds are in the portfolios of those who can least afford to lose their money.

If you lost money to a failed oil and gas investment, shale bond or other energy scheme, you may have a claim against your stockbroker or financial advisor. Most cases can be handled quickly through binding arbitration.

We handle these cases on a success fee or contingent fee basis meaning there are no legal fees unless we recover money for you. Although everyone appears to be losing money in the current market, those who purchased unsuitable investments can often get back their hard earned money.