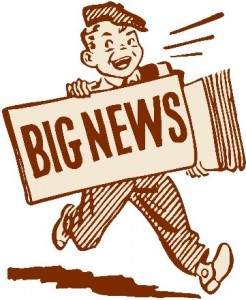 Finally, an independent news source and clearinghouse for whistleblowers, the Whistleblower News Review! There are a couple good whistleblower organizations within the United States but none dedicated exclusively to whistleblower news stories.

All that changed today with the launching of the new site.

Why are we so excited?

There are two reasons; first we are advertisers on the new site. We believe in their message and hope that their journalists can reach more would-be whistleblowers.

There is a ton of misinformation about whistleblowing both within the workplace and on the Internet. For example, to claim an award, there are very specific steps that must be followed. Under the federal False Claims Act, those steps include filing a sealed (secret) complaint in federal court and submitting a relator disclosure statement to the Justice Department. Calling a toll free hotline doesn’t get you an award.

We have the same concerns about the otherwise robust whistleblower anti-retaliation laws. Telling your boss’ boss that the company is committing fraud is only likely to get you fired. Once again, to claim protections under the law, very specific steps must be followed.

We also like the new site because it chronicles breaking news within the whistleblower community. Lawyers like the tout their successes (yes, we are guilty of that too). We tend to be biased. An independent news source, however, is more likely to tell the entire story.

Whistleblowers are the new American heroes. Becoming a hero isn’t easy, obviously, but there are tremendous benefits both to the community and to the whistleblowers. If more people knew of the potential huge cash awards and anti-retaliation law protections, we think more people would come forward.

Last year the federal government paid out over $635,000,000.00 in whistleblower awards. That figure only includes False Claims Act cases and not SEC, IRS or state whistleblower cases. This is a story that needs to be told.

We wish the reporters and editorial staff the best of success. Hopefully everyone benefits by their valuable new service and product.