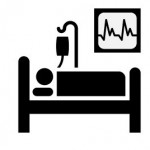 [Post updated through conviction and sentencing] The Justice Department is hot on the trail of Medicare fraud scams across the United States. In the last several years, prosecutors have indicted hundreds of healthcare professionals and recovered billions of dollars from wrongdoers. Unfortunately, although the statistics sound impressive, Medicare is only able to recover a small percentage of the overall fraud. The FBI claims that Medicare fraud may cost taxpayers as much as $80 billion per year.

In the last several years we have seen an uptick in the amount of Medicare fraud involving home health agencies. A recent indictment in Chicago is indicative of how some people think they can outsmart prosecutors.

According to an indictment unsealed last month, the government has indicted the owners of a Chicago area home health care agency and several others.

Miguel and Estrellita Duquilla were charged with multiple counts of healthcare fraud and criminal conspiracy. Prosecutors claimed the two were the masterminds of a scheme to pay kickbacks to employees and patient recruiters who in turn referred people for home healthcare services that were either never provided or medically unnecessary.

According to the indictment, the Duquillas owned HCN Home Healthcare Inc. Their scheme allegedly netted $6 million of taxpayer money.

The indictment alleges the kickbacks and bribes ranged between $500 and $6175. Nurses and others that worked at HCN would be paid to either refer actual patients or receive permission to use their Medicare ID information.

Several nurses that worked for the couple were charged with filling out phony nursing assessments so that the patients would qualify for home services. Unless someone is unable to care from him or herself, Medicare usually doesn’t pay for services in the patient’s home.

Staff were alleged to have doctored records to show home visits when none occurred.

The indictment suggests that the husband of one of the nurses and an outside patient recruiter were also paid to help round up non-eligible “patients” for home services.

Two things stand out in the indictment. First, the conduct occurred between 2008 and 2012. That is important because many would be whistleblowers are reluctant to come forward and report fraud thinking their information is too old. Generally the statute of limitations on a federal False Claims Act case is 6 years.

The lesson here is simple. If someone committed Medicare fraud and stole taxpayer money, Uncle Sam wants to know.

The other takeaway is the existence of patient recruiters. Although not per se illegal, we rarely see a legitimate healthcare operation that needs to pay for patients. Kickbacks and bribes are simply illegal and prosecutors will often prosecute both the recruiter and the provider.

2018 Update: The Duquillas ultimately accepted responsibility for their actions and pled guilty in 2018. In seeking leniency from the court, Estrellita Duquilla attempted to blame her co-defendants (she called them predators.). According to her lawyer, “She made a bad, life-altering, decision to involve herself in this offense during a period of pervasive change for the worse in the home health industry.”

Prosecutors reminded the court that she caused taxpayers to lose $2,232,295. (Not exactly the same as someone who steals a TV set from a store and then feels remorse.)

Miguel Duquilla adopted his wife’s sentencing arguments. He too blamed his co-defendants. In November he was sentenced to 15 months and ordered to pay $2,232,395.00. Before going to prison he was last employed as an Uber driver. We suspect that taxpayers will never see the restitution paid.

And the so-called “predators” who the Duquillas blamed for their crime spree? They each received just one day in jail. 82-year-old Zenaida Dimailig and her husband 62-year-old Roberto Jonson were deemed too frail for prison. Although 20 years younger than his wife, the judge noted that Jonson had four heart surgeries and needed another. He also requires dialysis since his kidneys had failed. U.S. District Court Judge Sara Ellis thought Jonson would be too much of a burden on the Bureau of Prisons if incarcerated.

The two were ordered to pay $3.4 million in restitution. We don’t expect taxpayers will ever get that money back either.

This case is odd in that there won’t likely be any rewards. Unfortunately sometimes there just isn’t any money collected from the wrongdoers. That doesn’t mean that would be whistleblowers should shy away from stepping forward.

To obtain a whistleblower award, one must file a lawsuit in federal court (state court in Medicaid fraud cases) and possess inside or original source information about fraud involving government healthcare programs. That means Medicare, Medicaid and Tricare.

We see many successful prosecutions involving patient recruitment schemes, kickbacks and home healthcare agencies. This case involved all three. If you have information about fraud and that fraud impacts on a government funded program, you may be eligible for a reward.

Think you have information and want to claim a large cash award? Contact us. Reporting fraud to a Medicare hotline does not earn you a reward.

For more information, contact attorney Brian Mahany online, by email at or by telephone at (202) 800-9791. All inquiries are protected by the attorney – client privilege and kept strictly confidential. We handle cases in all fifty states.