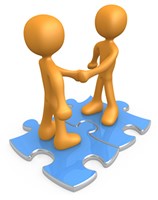 India is the latest country to sign an agreement with the US under FATCA (the Foreign Account Tax Compliance Act). The implications of the treaty on the international tax landscape are vast, as it will heavily affect thousands of taxpayers and numerous financial institutions at two of the world´s top economies.

As the world´s seventh largest economy, with a GDP of 2.3 trillion dollars, India has been a natural target for the IRS to find non-compliant US taxpayer with unreported accounts at local Indian financial institutions. As early as 2011, HSBC India was the target of a thorough investigation by the IRS, which revealed information about 9,000 US taxpayer accounts amounting to about $400 million in unpaid taxes. Several prosecutions resulted from the investigation, making Indian-Americans especially aware of the risks of keeping assets and bank accounts offshore in their native India.

In July 7th, 2014, Ashvin Desai was found guilty of hiding $8 million in bank accounts at HSBC India and Dubai and sentenced to six months in prison, six months of home confinement, and to pay a staggering $14,229,744 penalty for failing to disclose information about his foreign accounts to the IRS.

The Strengthening of FATCA

As of today, the US has signed international agreements with over 100 countries. Under FATCA, banks in these countries must disclose information about US taxpayer accounts and assets maintained at local financial institutions, thus doing away with the former “secrecy code” that made certain FFIs foreign financial institutions (FFIs) so popular with willing tax evaders.

FATCA has become an unstoppable trend. And while certain political groups and US expatriate organizations continue to oppose it, the world has embraced it. It is also not surprising that India has decided to formalize a financial information exchange agreement with the US.

The US – India FATCA Agreement

On July 9th. 2015, India and the United States co-signed an Inter-Governmental Agreement (IGA) to implement FATCA to ensure mutual tax transparency. Before the signing of the agreement, dealings had to be done individually between FFIs and the US Department of Justice. The IGA serves to make the process more automatic and simpler, as it requires the government to furnish the information to the IRS directly. The agreement is reciprocal, which means that the US will also provide information to the Indian government about Indian taxpayer accounts in the US.

Mr. Shaktikanta Das, Revenue Secretary of India and Mr. Richard Verma, U.S. Ambassador to India signed the agreement. Regarding the signature of the FATCA agreement, a press release by India´s Ministry of Finance stated that, “the signing of IGA is a re-affirmation of the shared commitment of India and USA towards tax transparency and the fight against offshore tax evasion and avoidance. “

Under the agreement, Indian banks and other financial institutions are required to disclose information about US taxpayers to the local revenue department, which will later share it with the IRS.

Banks that don’t register and comply will face stiff withholding penalties. U.S. taxpayers who maintain unreported assets at Indian financial institutions may face criminal prosecution and heavy IRS civil penalties. Current law requires U.S. taxpayers to report all foreign financial assets if the aggregate value of those assets exceeds $10,000 USD. These requirements apply to dual nationals, Americans born in India and those here on a green card or visa.

Indian authorities believe the FATCA agreement will lead to greater tax transparency. The current Indian government is battling its own widespread tax evasion and “black money” problems. On the other hand, bankers worry that FATCA will impose a significant cost and regulatory burden on them.

After the financial meltdown in 2008, the IRS and U.S. Justice Department began a push against Americans with unreported Swiss accounts. After securing many convictions and obtaining huge penalties from the Swiss banks, the government turned its attention to other countries. In 2016, the Justice Department said it was looking at banks in India, Singapore, Hong Kong, the Caribbean, Israel, Lichtenstein and Luxembourg.

Although the Indian banks are today reluctantly cooperating with the United States, tax evasion utilizing offshore Indian accounts remains a big problem. Under the IRS Whistleblower Program those with inside information about money being hidden in Indian or other offshore accounts may be entitled to large cash rewards.

If you have information about U.S. taxpayers with unreported Indian bank accounts in India or taxpayers having unreported offshore income, you may be entitled to a reward. To learn more, visit our IRS offshore whistleblower reward page.

Ready to see if you qualify for a reward? Contact us online, by email or by phone at 202-800-9791. We accept IRS whistleblower cases worldwide. All inquiries kept in strict confidence.