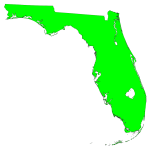 When my mother passed several years ago there was a hospice volunteer at her side. Whether paid or volunteer, hospice work is tough. Most folks in the hospice care field are angels. Unfortunately, the industry has its fair share of wolves. A Florida hospice provider just agreed to $3 million to settle federal Medicare and Medicaid fraud charges.

Earlier this month Hospice of Citrus County agreed to pay $3 million to resolve claims that it billed for medically unnecessary services. Many needing end of life care are elderly and rely on Medicare or Medicaid for their healthcare needs. Federal and state rules require a determination of medical necessity before taxpayer funds can be used for care. These rules generally only allow hospice care when a patient is terminal and expected to live for 6 months or less.

Prosecutors say that Hospice of Citrus was committing Medicaid fraud because patient files were often missing medical necessity documentation or had inconsistent documentation. In some cases patients were receiving care for years. A few supposed “terminal” patients were traveling. The fraud is usually not the fault of the patient, it is the hospice provider that certifies their condition as end of life.

In announcing the settlement, a spokesperson for the U.S. Department of Health and Human Services said, “Sticking taxpayers with a bill for unnecessary health care services such as hospice care will never be tolerated.”

Hospice of Citrus County was allowed to settle without admitting to any wrongdoing.

Medicare and Medicaid fraud costs taxpayers billions of dollars each year. Typical scams involve “upcoding” (charging Medicare for a more expensive service than what was actually provided), unnecessary procedures, procedures not performed and kickbacks. In this case, it appears that Medicare and Medicaid were paying for services that were not medically necessary.

More than half the states have a Medicaid fraud statute that pays whistleblowers for their tips. Typically a whistleblower will receive between 15% and 30% of whatever the state recovers from the wrongdoer. States can often collect triple damages and fines of between $5000 and $11,000 for each false bill submitted to Medicaid for payment.

Many would be whistleblowers never step forward because they fear they can’t make a difference. They are wrong! Last year the federal government recovered billions of dollars because a few brave people stepped forward and filed a whistleblower claim.

The typical whistleblower in a Medicaid fraud cases isn’t a senior manager. They are often billing clerks and office workers. Sometimes we see physicians and nurses step forward too. Anyone can file as long as they have inside information about the fraud. Time is of the essence, though. Usually on the first to file receives an award.

If you are thinking about becoming a whistleblower, call us. We will happily explain the process, answer questions and assist you in filing a claim. (Just over 700 federal cases were filed in 2014.) All inquiries are protected by the attorney – client privilege and kept strictly confidential. For more information, contact Brian Mahany by phone or email or visit our Hospice Fraud Whistleblower page.