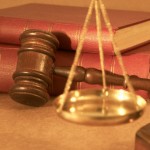 Elderly Investors Can Recover Losses from Fidelity in Stockbroker Fraud

Fidelity Brokerage Services is one of the largest brokerage firms in the United States. With 225 offices and approximately 14,000 registered reps (stockbrokers), it is well known to many Americans. In a firm that size, mistakes will happen and their will always be a few really bad apples who intentionally steal or cheat clients. This post is a bit different, however. It discusses Fidelity’s liability for someone who wasn’t even in their employ.

Meet Lisa Lewis, now a convicted felon. Lisa was sentenced to 15 years in prison last year for federal wire fraud charges. She was also ordered to pay her former clients $2 million. That might be difficult since she was ordered to spend much of her adult life in prison.

Between 2006 and May of 2013, Lewis masqueraded as a stockbroker. For 16 years she really was a stockbroker until being terminated by M&I Brokerage Services in 2006. At the time of her separation, her then employer accused her of borrowing money from clients and check kiting.

Lisa didn’t disappear quietly into the night. Instead she kept working accounts as if she was a stockbroker. She couldn’t bring clients to her former employer M&I (now BMO Harris) so she did something outrageous. She pretended to be a stockbroker at Fidelity.

Even more outrageous is how she got away with it for years and managed to con a number of senior citizens into opening accounts with her.

Lewis was sentenced to prison but this week her clients received some justice. The Financial Industry Regulatory Authority (FINRA) decided to hold Fidelity accountable for their losses, even though Lewis was not a Fidelity employee.

How could such a thing happen? That’s where this stockbroker fraud story really gets interesting!

Lisa “helped” clients set up accounts at Fidelity. Unknown to the clients, however, was that Lisa was listed a s a co-owner on the account and had statements sent to herself. While Fidelity can’t police every joint account, they should have noticed that she had joint accounts with 50+ clients! Each of these accounts used her address or shared a common email.

FINRA correctly determined that there were multiple red flags that Fidelity missed: Multiple accounts co-owned by Lewis, accounts with suspicious transfers and even the fact that Lewis was a former stockbroker with a checkered past. Even a little due diligence on Fidelity’s part should have corrected this scam before Lewis was able to make off with over $1 million of customer funds. (See a copy of the FINRA order)

Stockbrokers have supervisory responsibilities over their brokers. In this case, however, Lisa Lewis wasn’t their employee. FINRA found that the company still had a duty to its customers, however. Since the customers accounts were at Fidelity, the brokerage giant should have had systems in place to prevent this type of fraud.

At one point, a Fidelity customer service representative spoke with Lewis (who was impersonating a client). Apparently, even though Lewis could not answer a security question, the telephone rep did not inquire further. Yet another time a customer service rep spoke with an actual Lewis customer who struggled to explain or understand that there was a request to transfer $10,000 from the account. Again, the call was not elevated and the transfer was allowed to proceed.

Fidelity must pay a $500,000 fine and pay restitution of $529,000 to Lewis’ Fidelity clients. (The company had already began paying restitution prior to the order.)

Fidelity is a big brokerage firm with a significant compliance department. We worry that if Fidelity could not detect and prevent this problem, other fraudsters will try the same trick but this time at smaller brokerage firms.

This case is significant because it shows that brokerage firms have duties to protect their customers. Whether of not Lisa Lewis was their employee, the firm should have figured out her scam long before dozens of senior citizens were bilked out of a million dollars.

If you are the victim of stockbroker fraud, give us a call. We have helped many people recover their hard earned money. For more information, contact attorney Brian Mahany at or by telephone at (414) 704-6731 (direct).

(We have handled cases in over 25 states. Most cases can be handled on a contingent (“success”) fee basis. Minimum loss size $250,00.)