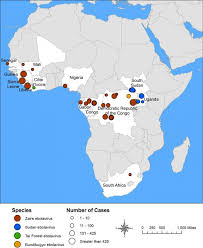 It’s a Familiar Story – the Government Spends Billions on Relief and Someone Skims Some of the Money. [Ebola Contract Fraud Whistleblower Post]

[Post updated August 2019] The Ebola outbreak occurred in 2014 but it now seems like a distant memory. For a while, millions of Americans worried that the disease would spread. The final statistics show that by 2015, Ebola had killed 10,880 people and infected an estimated 26,000. Most of the victims were in Guinea, Sierra Leone and Liberia. There were two in the United States, both healthcare workers who contracted the disease while in Africa.

In response to the epidemic, President Obama made an emergency spending request to Congress of $6.18 billion to combat the spread of the disease. In October 2015, the inspector generals of the U.S. AID agency, Health and Human Services, Defense Department and State Department issued a report on the nation’s response to Ebola.

Whenever the government races to a crisis with little planning, massive waste and fraud often result. This is particularly the case when much of the spending occurs outside the United States (in this case West Africa.)

As noted in the report,

“Financial and procurement systems play an important role in any major international response effort, and this is particularly so for contingency operations. In past contingency operations, the challenges associated with the rapid influx of response resources in crisis environments have added to financial and procurement system risks. In Afghanistan and Iraq, for example, the Commission on Wartime Contracting noted that “Poor planning, management, and oversight of contracts has led to massive waste…”

The government’s efforts to contain the Ebola outbreak have been effective. There is no faulting the thousands of troops, CDC personnel and others who responded to the crisis. Unfortunately, there is probably a massive amount of fraud that also took place and may still be continuing.

The inspectors general are in the early phases of their audits. The report notes the agencies are setting up hotlines. The US AID agency already has an Ebola contract fraud hotline. There are no statistics on the number of whistleblower calls made to the hotline.

In our experience the government’s whistleblower hotlines have limited usefulness. The best way to combat fraud is filing a False Claims Act complaint in federal court. That is also the only way to receive a large cash whistleblower award.

Ebola is back in the news agin, both good and bad. The bad news is that numerous cases have been reported in the Democratic Republic of the Congo. The good news is that this year scientists have developed two promising cures to this deadly disease.

What you don’t read in the news is the newest findings from the Health and Human Services’ Inspector General. The IG released a report last week that is anything but complimentary to the agency. Specifically, the he report said,

“HHS had no strategic framework in place to coordinate global health security at the international or departmental levels before the Ebola outbreak, HHS was not prepared to deploy the resources needed for such a large-scale international response, and HHS did not have in place internal or external communication channels for responding to an international public health emergency.”

This was the first time that the HHS responded to a massive outbreak of any disease on foreign soil. Although government personnel have been deployed many times on humanitarian missions, this was a first for the agency and auditors say they weren’t prepared.

Although we are aware of no specific instances of ebola contract fraud, because the U.S. had so few trained staff ready to respond they had to rely on third parties. It’s hard to even know how much fraud took place.

We do know that the International Red Cross, which also provided relief to the West African nations hit with the outbreak, reported fraud. Specifically the Red Cross reported,

There is a catch, however. The program generally pays only the first person who comes forward. That means if you intend on becoming a whistleblower and earning an award, act quickly.

With billions of dollars being spent in West African nations and on U.S. contractors supplying goods and services, we suspect much of our tax dollars earmarked for Ebola programs has been instead misdirected. Overbilling and billing for services and goods never delivered are the two most common scenarios in government procurement frauds.

We also see frauds where a vendor bills for staff that is not properly qualified. (In one case, a private security contractor was billing a bunch of Ugandan farmers and calling them highly skilled marksmen. An American working for the contractor had to shoot qualifications for many of the farmers, some of whom had never fired a gun!)

In contracted healthcare cases we look for a company that is billing technicians with rudimentary training as skilled physicians or nurses.

If you have inside knowledge of fraud in the Ebola program or any foreign aid program, give us a call. Last year the government paid out over $635 million in whistleblower awards (our clients received over $100 million).

Need more information? Contact attorney Brian Mahany online, at or by telephone at (414) 704-6731 (direct). We also invite you to visit our government contractor whistleblower page. All inquiries protected by the attorney – client privilege and kept confidential.