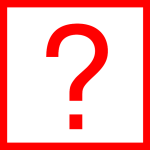 Did Lawyer Jeopardize Whistleblower Suit by Talking to Media?

Whistleblower lawsuits are filed under seal. That means by law, the filing of the suit and its contents are secret. Neither the lawyer nor the whistleblower can discuss the case. By law, they can’t even acknowledge that there is a case.

While this sounds a bit extreme, the law was designed to allow the government the opportunity to investigate the case without outside interference. The goal is to prevent the defendant from being tipped off about the investigation.

Courts take breaches of the sealing order seriously. One who breaches the seal and either discloses that a whistleblower suit has been filed, or worse, discusses the details of the case, can be punished severely. Sanctions can include a finding of criminal contempt, fines or even dismissal of the case. Because the case is filed in the name of the United States and on behalf of taxpayers, courts are reluctant to dismiss the case but they will punish the person who breached the seal.

A defendant in a whistleblower lawsuit pending in Birmingham, Alabama asked the court’s chief judge to boot the whistleblower’s lawyer from the case because she spoke to reporters about the case in violation of a confidentiality agreement. Because the jury has not completed its work, the public disclosure of a possible settlement should not have been made. The lawyer, Nola Cross of Milwaukee, could lose her right to collect a fee if she is removed from the case.

According to published reports, Cross told reporters that she was hopeful a settlement was in the works. That remark, made while the case was still pending, could mean Cross is removed from the case.

Although not quite as bad as breaching the seal, discussing a case with the press in violation of a confidentiality agreement is serious. Chief Judge Karon Owen Bowdre agreed and said if the allegations are true, the defendant’s concerns with Cross’ behavior were justified.

According to the court,

“The court granted Ms. Cross’s motion to appear pro hac vice on February 21, 2012. An attorney who is admitted pro hac vice is required to be familiar with, and is governed by the local rules of this court. As such, Ms. Cross was required to abide by the court’s local rules and is deemed to have conferred disciplinary jurisdiction upon this court.

This court’s Alternative Dispute Resolution Plan provides: The entire mediation process is confidential and by entering into mediation the parties mutually covenant with one another to preserve confidentiality on the basis established in this Plan. The parties and the mediator may not disclose information regarding the process, including the terms of settlement, except as required by law or otherwise agreed by the parties.

On Monday, October, 19, 2015, the Defendants brought to the court’s attention an article authored by Jeff Overley and published by Law360 on October 15, 2015 entitled “Jury Backs DOJ in AseraCare’s FCA Sampling Trial.” The article quotes Ms. Cross and reads in part that: “It wasn’t clear whether the jury’s verdict would spur settlement talks. Nola J. Hitchcock Cross of Cross Law Firm SC, counsel for the whistleblowers, said on Thursday that she is ‘hopeful but not optimistic’ that a deal will be struck.”

As a result, the court held a conference in which Nola Cross participated by telephone. Her statements regarding the quotation in the article were inconsistent and confusing, but she does not dispute that the court’s rule requires the parties to maintain the entire mediation process as confidential. The Defendants contend that Ms. Cross violated the court’s rules of confidentiality contained in the court’s Alternative Dispute Resolution Plan. The court believes that Defendants’ concerns are well taken…”

The court gave Ms. Cross several days to answer. She did answer the claims against on October 23rd, however her response remains sealed by the court.

It appears the court never reached a decision on the AseraCare’s motion to remove Ms. Cross. We believe that since the court ultimately overturned the jury verdict, it didn’t need to address the issue.

The defendant, AseraCare, is accused of not giving complete information to physicians charged with determining if patients qualified for continued hospice care. The complaint claims that AseraCare committed Medicare fraud by overbilling Medicare for patients that did not qualify for hospice care. By “cherry picking” the information available for doctors to review, the company further facilitated its fraudulent scheme.

The moral of the story is quite straightforward. If a whistleblower case is covered by the court’s sealing order or a confidentiality agreement, courts will step in and take action if information about the case has been improperly disclosed.

If you have a pending whistleblower case under the False Claims Act, don’t discuss it with anyone. Often it is tempting to tell a co-worker or friend but if word gets out, you could lose the ability to collect an award.

Even if you have not yet filed, it is still a good idea to not speak to others about your plan. Tipping off defendants lowers the chance of a reward. Companies that know an investigation is likely have more time to hide documents and transfer the employees with knowledge of the fraud.

The remedy sought by AseraCare in this case was extreme. Even if the attorney did slip, the remedy sought by the defendant was extreme. We don’t know what the court would have done in this case or even if the allegations were true. Usually the court will sanction the attorney by ordering a monetary fine. In the case of improper disclosures or violations of the sealing order by the whistleblower, courts sometimes issue a fine. In extreme cases, however, they can reduce the whistleblower’s reward.

Our advice? Don’t tempt fate. Don’t discuss the case with anyone until the allowed by the court.

If you are interested in becoming a whistleblower and earning your own reward, make us your first call. Our whistleblower clients have received over $100 million in awards. For more information, contact attorney Brian Mahany online, by email at or by phone (202) 800-9791. All inquiries kept strictly confidential. We accept Medicare fraud cases nationwide.