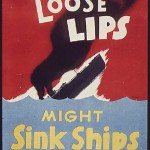 When a whistleblower files a case under the federal False Claims Act, the case is filed under seal meaning it is secret. Obviously whistleblowers can discuss the case with their lawyers, prosecutors and federal law enforcement officials but that is pretty much it. Can you tell your spouse about the case? Probably but whistleblowers are responsible for maintaining the court’s strict sealing order. Open you mouth and you may lose any chance at collecting an award.

In the case of two whistleblowers that brought a claim against Wells Fargo, a federal judge ordered them to pay $1.6 million for speaking to reporters before their case was unsealed.

Victor Bibby and Brian Donnelly filed a False Claims Act complaint against Wells Fargo and others. They claimed the lending giant defrauded veterans in connection with residential mortgages. The two men allegedly spoke to reporters after growing frustrated with delays in the case.

Under the False Claims Act, the government is given 60 days to investigate new cases. During that time, the case is under seal meaning the parties can’t even admit the existence of the case, let alone discuss it. Sixty days is typpically not enough time to investigate so the government seeks extensions of 6 months or longer. If a judge grants the extension, the case remains sealed and whistleblowers remain unable to discuss the case with outsiders.

In this case, the lawsuit was originally filed in 2006. By 2009, the two whistleblowers became frustrated with the slow investigation and began to email documents about the case to reporters. Their lawyers were unaware of the violations.

Ultimately after years of investigation, in 2011 the government decided not to intervene. The whistleblowers’ lawyers then elected to pursue the case on their own. Ultimately, the government recovered $161 million and the two men received an award of $43 million. If the leaks were never discovered, that would be the end of the story.

Years later after the suit was over, Wells Fargo learned that the men had been leaking information to the press and sought to have the case dismissed. The bank hoped such harsh action would be a powerful deterrent to future whistleblowers.

Fortunately, the court sided with the government and decided that the public and veterans shouldn’t be punished because the two whistleblowers violated the court’s sealing order. U.S. District Court Judge Amy Totenberg, however, decided to fine the men $1.6 million. In ruling against the men she said, “While dismissal might be authorized under such circumstances, such harsh action would provide a windfall to Wells Fargo and harm the government (and public) — the very party whose interests were threatened by relators’ seal violations.”

The fine will have a much harsher impact on the two men as they have already paid taxes on the total $43 million award.

The lesson here? Talking about a case while the Justice Department investigates the case can have serious consequences. At worst, the court could have dismissed the entire case meaning all the money would have to be repaid. While that didn’t happen here, the two whistleblowers – called “relators” under the False Claims Act – paid over a million dollars for a few emails sent to reporters.

MahanyLaw is a full service whistleblower law firm. We have represented whistleblowers in some of the largest cases in the history of the United States including the recent $16.65 billion case against Bank of America.

Think you might have inside information about a fraud involving the government or a government program? We want to speak with you. For more information, contact attorney Brian Mahany at or by telephone at (414) 704-6731 (direct). All inquiries protected by the attorney – client privilege.