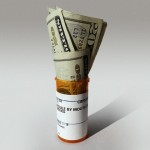 A Stockton oncologist was busted for billing Medicare for counterfeit drugs. Worse, at least one of the drugs wasn’t even FDA approved and lacked any active ingredient. The government prosecuted the physician under the federal False Claims Act, a Civil War era whistleblower statute.

According to a release from the U.S. Department of Justice, Dr. Neelesh Bangalore was purchasing cancer drugs directly from a UK based company, Warwick Healthcare Solutions (Richards Pharma). Warwick wasn’t licensed to import prescription drugs into the United States, however.

The case settled with no admission of wrongdoing and before a formal complaint was filed. We don’t know why Dr. Bangalore was a target of the government’s investigation. Normally, prosecutors would not pursue physicians dispensing counterfeit drugs unless the doctors knew or should have known that the seller of the drug wasn’t licensed and Medicare approved.

According to the government, Dr. Bangalore was dispensing Altuzan, a drug not approved by the FDA. Altuzan is offered in Turkey and is used there for cancer treatment.

Not only was the drug dispensed by Dr. Bangalore not authorized for use in the United States, the FDA claims that at least one of the batches tested negative for any active ingredients. In other words, it was counterfeit. (Two years ago, another distributor, Medical Device King, was accused of distributing counterfeit Altuzan.)

Under the terms of the deal with prosecutors, Dr. Bangalore agreed to pay a penalty of $736,000.

In announcing the agreement a Health and Human Services spokesperson said,

“Patients—especially those battling cancer and other life-threatening illnesses—should be able to trust that their physicians only use medicines approved by the FDA, medicines proven to be safe and effective. Our agency will continue to pursue health care providers that ignore requirements designed to protect patient health and federal health care programs.”

An FDA agent added, “For drugs that enter the U.S. from outside the FDA-regulated distribution system, there is no guarantee that the drug is safe and effective for patients to use.”

The False Claims Act is a Civil War law that empowers whistleblowers to file a lawsuit on behalf of the U.S. government. If the case is successful, the whistleblower can receive an award of up to 30% of whatever the government collects.

To qualify for an award under the False Claims Act, one must have inside information about fraud involving a federal program or taxpayer funds. Since Medicare is a government program, claims for Medicare fraud can earn an award.

Many states, including California, have their own state False Claims Act laws that pay awards if Medicaid funds are misused.

If you know of a physician or clinic dispensing unapproved or counterfeit drugs, give us a call. Our whistleblower clients last year received awards of over $100 million. The awards are REAL.

For more information, contact attorney Brian Mahany at or by telephone at (414) 704-6731 (direct). All inquiries are protected by the attorney – client privilege and kept strictly confidential.