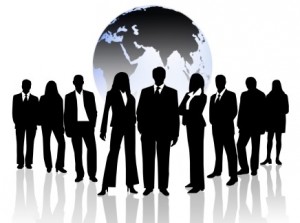 CPAs sometimes have conflicting obligations. The Code of Ethics for Professional Accountants says that accountants must maintain client confidences. That makes sense; no one wants to hire an accountant or auditor who blabs trade secrets or a client’s expansion plans. But what if the accountant learns of wrongdoing by the client? Can accountants become whistleblowers?

When can an accountant report wrongdoing? Does she have a duty to report? Can be she become a whistleblower under the SEC, IRS or False Claims Act? (Those laws often pay whistleblowers hefty cash awards). For that matter, can lawyers become whistleblowers?

The answer is generally yes, however there is a patchwork of often conflicting SEC rules, state rules and professional standards. We are already representing one lawyer whistleblower in a very large False Claims Act case. Not surprisingly, the defendant immediately sought to dismiss the case because of alleged breaches of confidentiality.

We have done extensive research on the topic and unfortunately, there is not a simple answer. At least not one that can fit easily in a 500-word blog post! Every case is unique. Generally, lawyers face the largest hurdles followed by CPAs. Non licensed accountants and finance professionals face far fewer hurdles.

At least in the accounting space, professional groups are finally trying to tackle these thorny issues to give better guidance to accountant – would be whistleblowers. The International Ethics Standard Board for Accountants has re-noticed a proposed “standard” to guide accountants. The IESBA is part of the International Federation of Accountants whose members include the American accounting group, the AICPA.

It sounds like alphabet soup and it is. A global standard is an important first step but CPAs in the United States still must follow both local licensing standards and directives from agencies such as the SEC.

IESBA Chairman Stavros Thomadakis says this about the proposed standard,

“Fundamentally, all professional accountants have an ethical responsibility to respond in these situations and not turn a blind eye to them. Importantly, their response can play a role in ensuring that serious instances of non-compliance with laws and regulations are appropriately addressed, or in deterring them.”

The proposed standard would govern both auditors and CPAs that occupy management roles within their company.

The IESBA first began work on developing a standard in 2012. Three years later and there has yet to be a final rule. Accountants interested in looking at the current proposal can visit the Ethics Board’s Website.

Accountants and other professionals that want to become whistleblowers probably can’t wait for the alphabet soup of regulators to come to an agreement. If you know of fraud and are interested in receiving an award, give us a call. We can help you navigate the ethical maze and earn the largest possible awards.

For more information, contact attorney Brian Mahany at or by telephone at (414) 704-6731 (direct). Calls by potential whistleblowers to a lawyer ARE CONFIDENTIAL. Don’t worry.