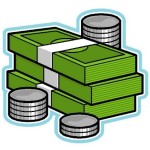 A Medicare fraud whistleblower from Wisconsin was awarded $1,129,145 for reporting a massive billing fraud scheme involving Pharmasan Labs, NeuroScience, Inc. and Gottfried Kellerman. According to court records, Kellermann is a serial fraudster and had previously been convicted of bribery and ordered deported from the United States.

Our story begins with Richard Frost, a former employee of both companies. Frost began his career with the Pharmasan and NeuroScience in 2007 as an insurance biller. Later he would be promoted to insurance billing manager. While employed there, Frost became aware that the companies were defrauding Medicare.

The scheme involved the manufacture and sale of home health test kits. According to Frost, none of the kits were approved for use by Medicare. Government healthcare programs such as Medicare, Medicaid and Tricare don’t reimburse for do-it-yourself and over-the-counter home kits used by patients to test for various ailments.

When Frost learned that the defendants were billing these kits to Medicare, he complained to management. After continuously being ignored, Frost quit in 2012 and a year later filed a Medicare fraud whistleblower lawsuit under the False Claims Act.

By filing his complaint under the False Claims Act, Frost became eligible to receive an award of up to 30% of whatever the government collected from the defendants.

To qualify for an award, one must have original source (inside) information about fraud involving a government program. Because Medicare is taxpayer funded, it qualifies for an award.

Many a would-be Medicare fraud whistleblower calls a government hotline to report the fraud. While that may be helpful in putting a stop to the fraud, it doesn’t make you eligible for an award. The only way to do that is to file a sealed complaint in federal court.

As noted above, Frost filed his complaint in August 2013. After 2 years of investigation, the government intervened in that complaint and settled the case last month.

Under the terms of the settlement, NeuroScience, Pharmasan Labs, Kellermann and his wife agreed to forfeit $2.8 million previously seized by federal agents and to pay an additional $5.6 million to the government. Frost received a whistleblower award of $1.1 million for bringing the case to the government’s attention.

What makes this case especially interesting is Kellermann’s prior conviction and deportation order. Court records in this case say that Kellermann formed another healthcare business in 1984 called ProtaTek. Kellermann then obtained a $750,000 research grant to develop a field kit to test for malaria.

Apparently no work was ever done on the field kit even though Kellermann received the money. Later it was discovered that he had bribed a government official in order to get the grant. He was subsequently convicted for that crime and ordered deported.

Frost said that Kellerman has somehow evaded deportation for over 20 years.

It’s amazing that Kellermann was able to remain under the radar for so many years and defraud taxpayers for a second time. Thankfully, Richard Frost decided to stand up to fraud and greed by becoming a Medicare fraud whistleblower.

Most Medicare fraud schemes come to light because of people like Richard Frost. If you are sick and tired of people profiting from our tax dollars, take a stand and consider becoming a whistleblower.

Our whistleblower clients have collected over $100 million in award monies and have helped taxpayer recover billions in funds. Want more information? Take a free copy of our 11 step guide to whistleblowing or contact us directly. The author of this post, attorney Brian Mahany, can be reached at or by phone at (414) 704-6731 (direct). All inquiries protected by the attorney – client privilege and kept confidential.